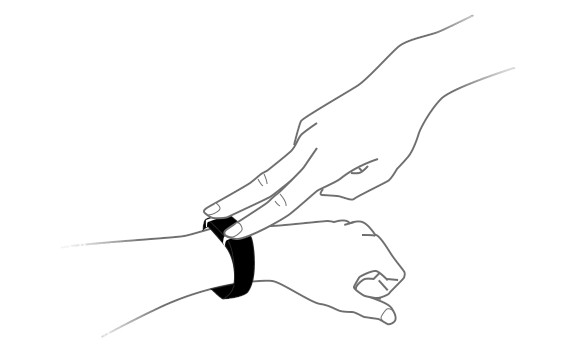 realme already has realme Link  companion app for managing its smart devices, including the realme Band and the realme Watch. Now it has silently released a new realme Fit Android app, and the description says that this is a companion app for the TechLife Watch S100, and there is also an iOS app.

Even though the app doesn’t reveal any details, we looked into the APK that has an image titled ‘body testing’ with a person placing two fingers on a realme band / watch. This could be similar to the Apple Watch and the Galaxy Watch4 that uses a dedicated chip to measure Heart Rate and ECG when you place the fingerprint on the crown or home and back buttons.

The Samsung Watch also lets you calculate the body composition to get details such as body fat, skeletal muscle, body water, BMI and BMR.

The app also shows images of ECG, so there are high chances that the company will release a new smart band or a smartwatch with these features.