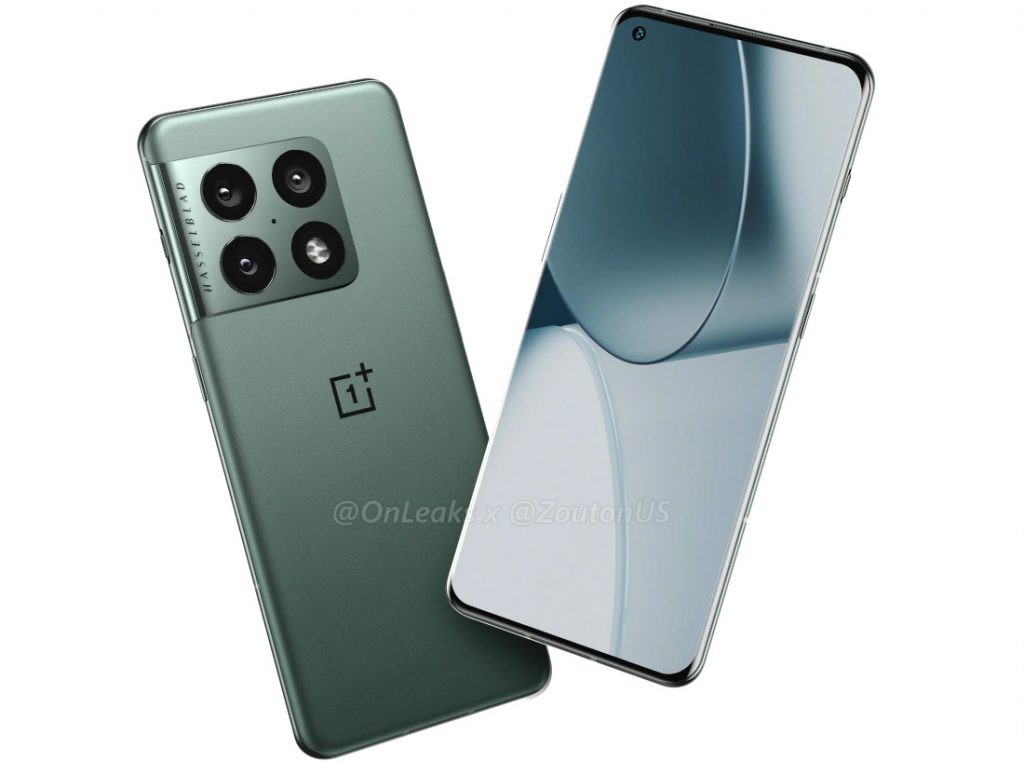 Update: Nov 15, 2021 – After the rear design render, the complete render of the OnePlus 10 Pro has surfaced, thanks to @OnLeaks. This reveals a 6.7-inch curved display with a single punch-hole on the left, same as the predecessor. 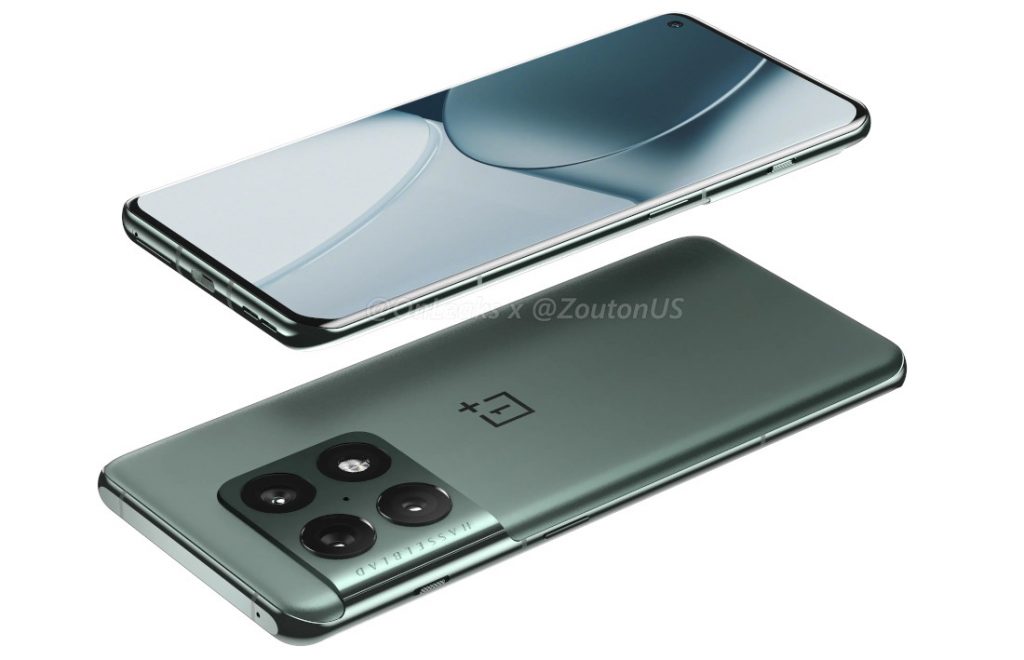 As revealed earlier, it shows triple rear cameras, and this also shows Hasselblad branding since the company three-year partnership with the camera manufacturer to co-develop the camera systems for OnePlus flagship devices.

It is said to feature 5x optical zoom instead of 3.3x in the predecessor. The phone is said to measure 163x 73.8 x 8.5mm, making it slightly thinner than the 9 Pro. Latest rumours revealed 125W fast charging for the phone.

Another report says that the phone is in internal testing in China and Europe and will launch by late January or early February. 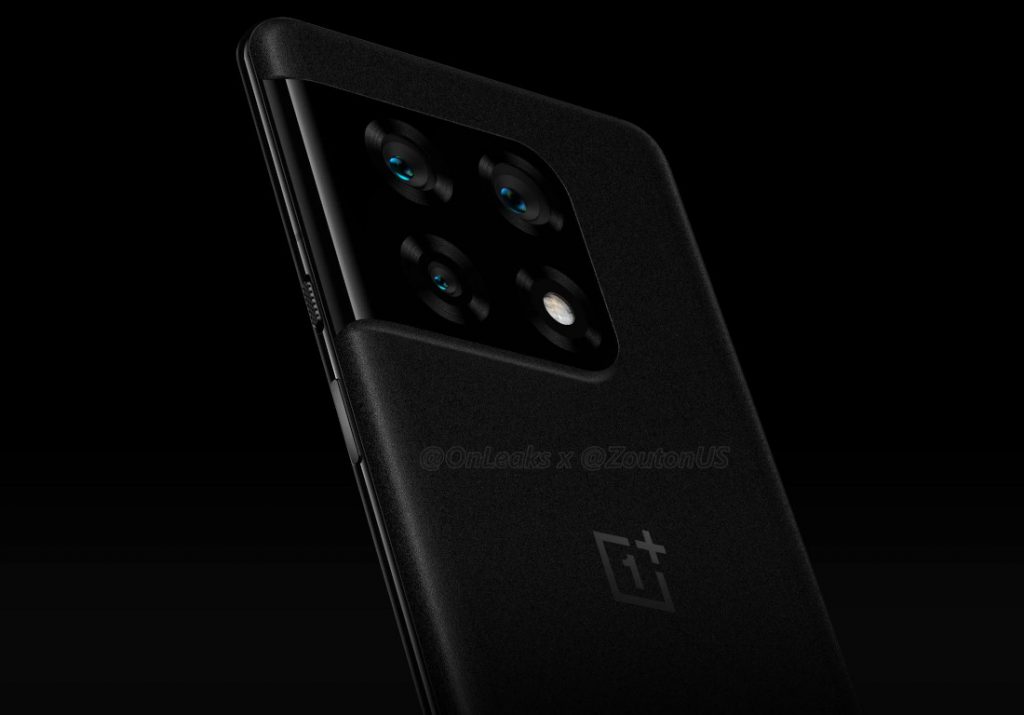 Earlier: First renders of the upcoming flagship OnePlus 10 Pro smartphone has surfaced showing off a new rear camera design, thanks to @OnLeaks. However, the renders are made based on real life pics of an early prototype, so it might be not the final version, since OnePlus tests several prototypes of its upcoming phones before the mass production. 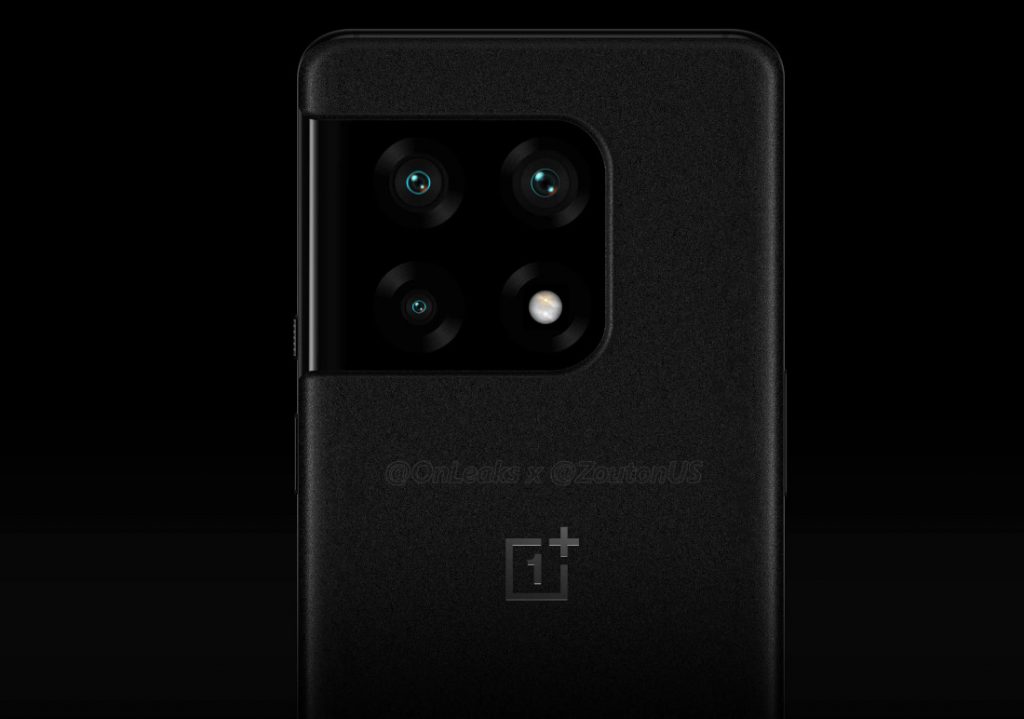 It is said to come in 8GB RAM with 128GB storage and the 12GB RAM with 256GB storage versions, same as the predecessor and this time it is rumoured to pack a slightly bigger 5000mAh battery.

We still don’t have the full render of the complete specifications of the phone yet, but we can expect more details in the coming months, before it goes official sometime in Q1 2022.