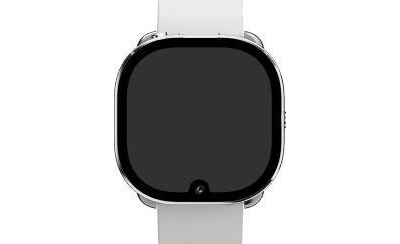 Just as Facebook announced their rebranding to ‘Meta‘, new leaks have surfaced that showcase an upcoming product of the company – a smartwatch. Images of the device reveal a rounded square design and a front-facing camera, and it will likely compete in the market against the Apple Watch.

Facebook was previously reported to be working on a smartwatch that will feature multiple cameras and a heart rate sensor. This new image was found inside the Facebook View app, which is designed to be used with the new Ray-Ban Stories smart glasses. According to code in the app, the smartwatch may be codenamed ‘Milan’.

It shows a simple render of the smartwatch with a display on the front that is curved slightly at the edge and a front facing camera cutout in the bottom. Along with this, there is a control button on the right edge, and it has detachable wrist straps.