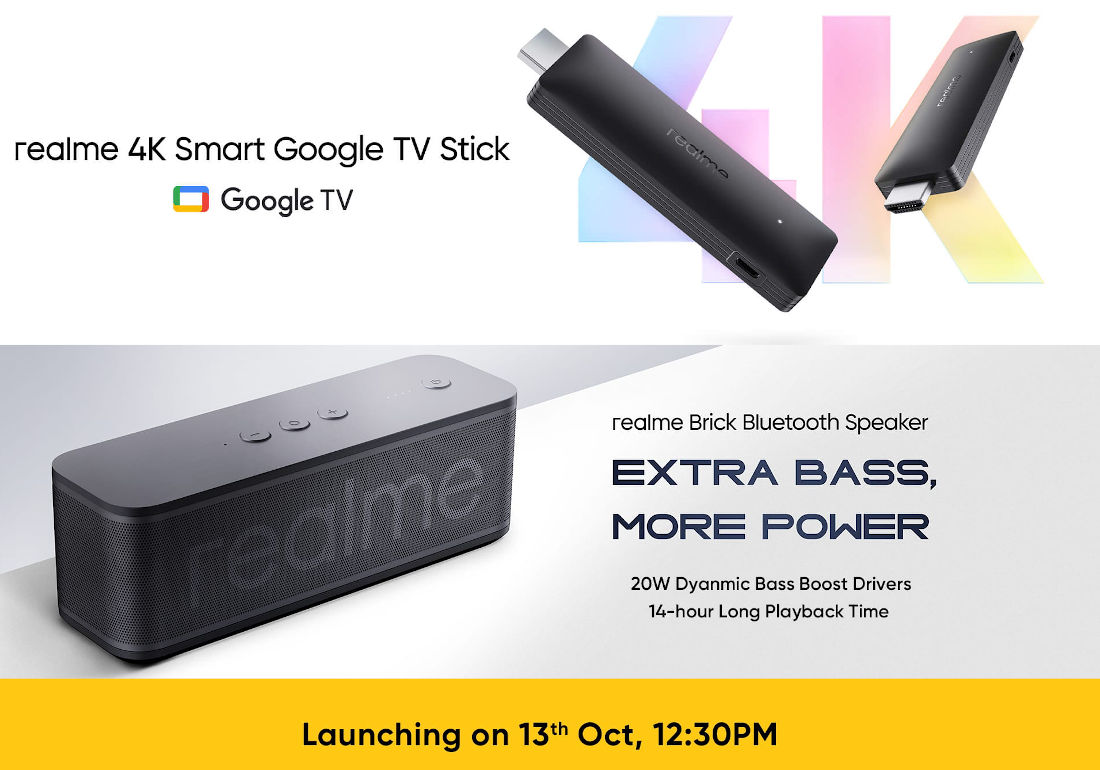 Yesterday, realme confirmed the launch of realme GT Neo2 smartphone in India on October 13th, and the company already said that it will introduce the realme UI 3.0 based on Android 12 on the same date. Today, it has confirmed the launch of realme 4K Smart Google TV Stick and realme Brick Bluetooth Speaker at the event. It will also launch the realme Buds Air 2 in Green colour to match the realme GT Neo2’s Green colour. 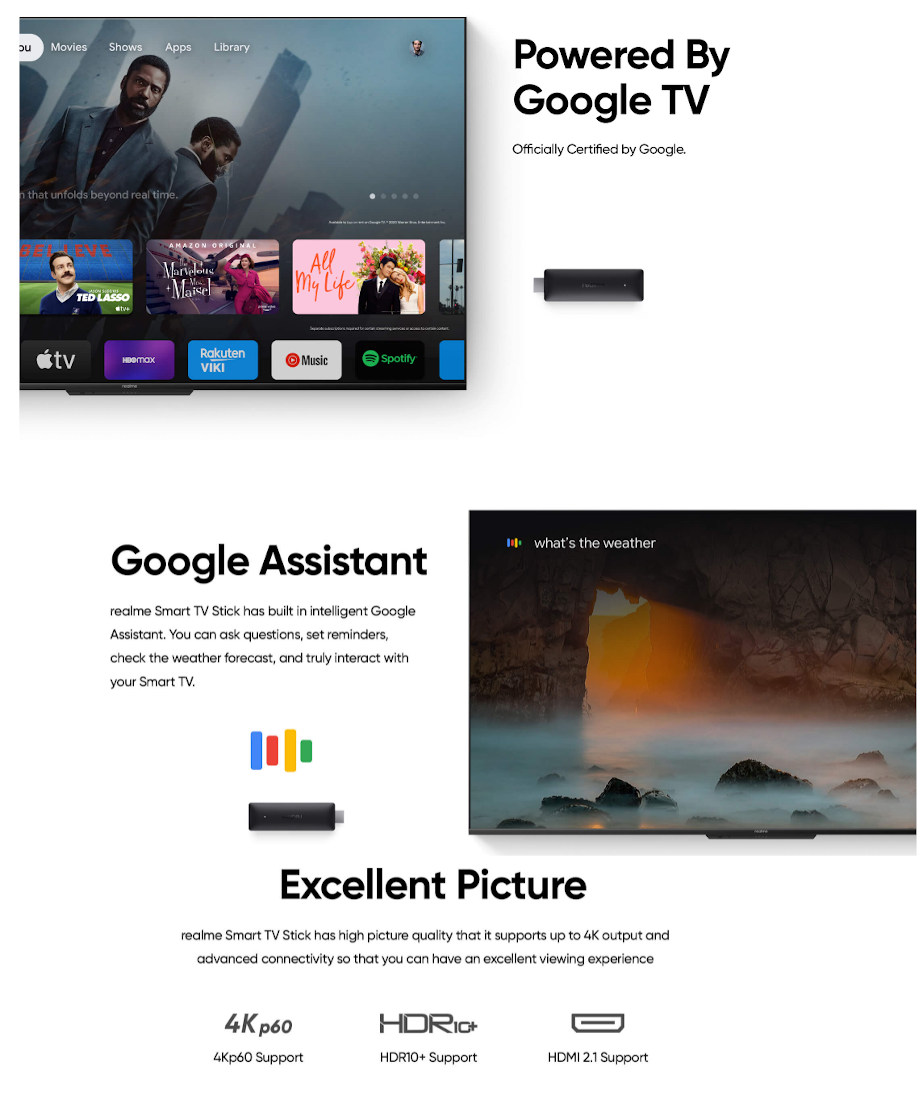 realme already teased its Google TV stick launch during Big Billion Days sale as the India’s first 4K TV Stick that will run Google TV. Today, it has confirmed HDR 10+ support and HDMI 2.1 support for the stick. This should compete with the Amazon Fire TV 4K stick and the Mi Box in the country.

The realme Brick Bluetooth speaker will offer 20W output, 2 piece full-range speaker and two dedicated extra bass radiators. You will also get an option to pair two speakers for a stereo effect. It packs a huge 5200mAh battery for up to 14h playback. 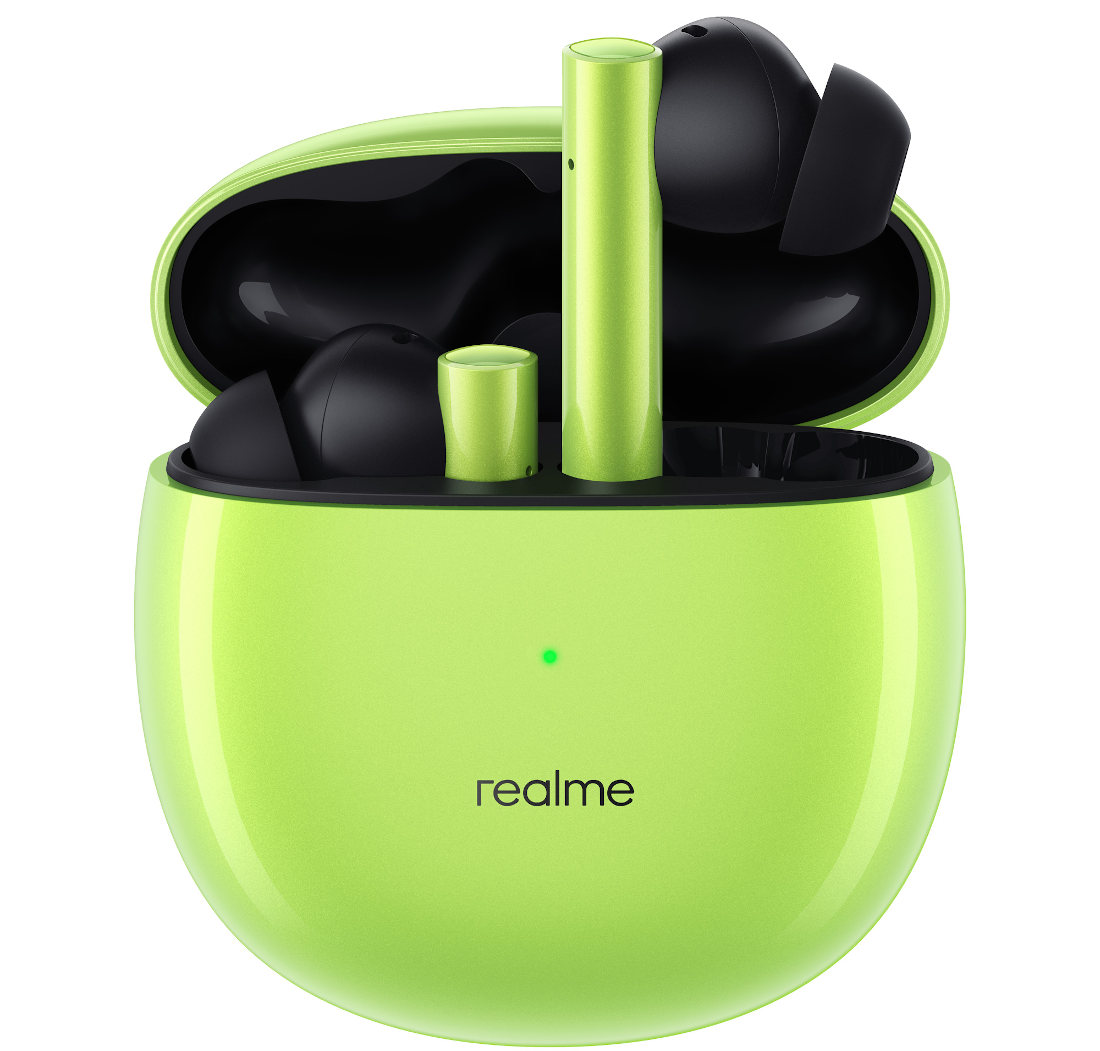 The realme Buds Air 2 with Active Noise cancellation was in India earlier this year in Closer Black and Closer White colours, and later it got a Gold version. Now, the company will launch a Green color variant of the headset next week.

It will also launch Cooling Back Clip Neo, Type-C SuperDart Game Cable and Mobile Game Triggers at the event. We should know all the details, including the price when these go official