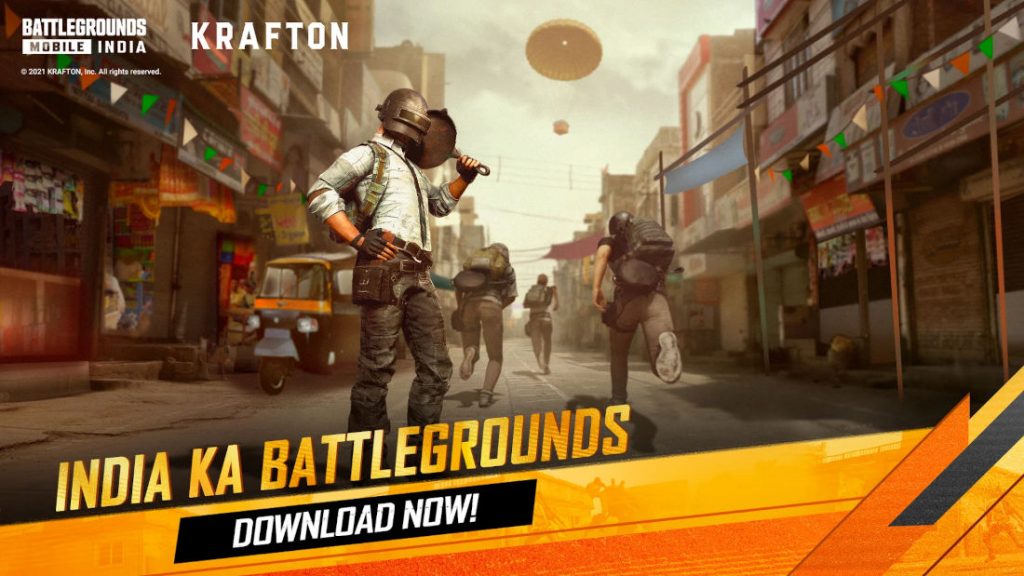 Krafton, South Korean video game developer, started pre-registrations for BATTLEGROUNDS MOBILE INDIA for Android last month. Today, the company has released the open beta version of the game to get feedback from the users and fix any bugs ahead of the final release. Those who pre-register before the final release will get 4 rewards, the Recon Mask, the Recon Outfit, Celebration Expert Title and 300 AG.

BATTLEGROUNDS MOBILE INDIA open beta registrations are now live on Google Play Store for Android. Sometimes it shows that the app’s testing programme has reached the maximum number of testers that can participate in it and isn’t accepting any more testers, but the company says that more slots will be made available frequently.

It also says that the in-game progress and purchases will be stored and available in the final version of the game. The company already mentioned the recommended system requirements: Android 5.1.1 or above and at least 2 GB RAM memory and said that the game is exclusively for players in India only.

[ INDIA EVENTS ]
BATTLEGROUNDS MOBILE INDIA is a new free game made for Indians. As promised, we come with an exciting array of Launch events to celebrate the week, and even beyond. As more and more players join the game, India Ka Battlegrounds event rewards you with a permanent purple outfit for free, so invite your friends and get set! There is more to come such as Weekend Vibes, Celebration Time, Friends for Life and much more with exciting rewards from outfits to weapon skins. Tune into the lobby and drop onto the battlegrounds today!

[ INDIA’S FAVOURITE GAME ]
Featuring diverse maps with different terrains on a virtual setting, BATTLEGROUNDS MOBILE INDIA, utilizes the full capabilities of Unreal Engine 4 to bring alive fantastic worlds augmented by 3D sound, to build a truly immersive experience on a mobile phone. Pick your map and mode that suits you and get set for a thrilling ride.

More than pure combat, BATTLEGROUNDS MOBILE INDIA the free to play new game, is also a battle of wits, as you develop strategies to take on your enemies in a battle royale mode or a free fire fight or even a one-one TDM. Are you up for the challenge?

With detailed monthly new content updates, and world-class collaborations, there is always something to look forward to in this battle royale game. As we progress down the calendar, we will hear more and more feedback from you on India’s favourite game, we will work with partners and bring exciting new collaborations your way.