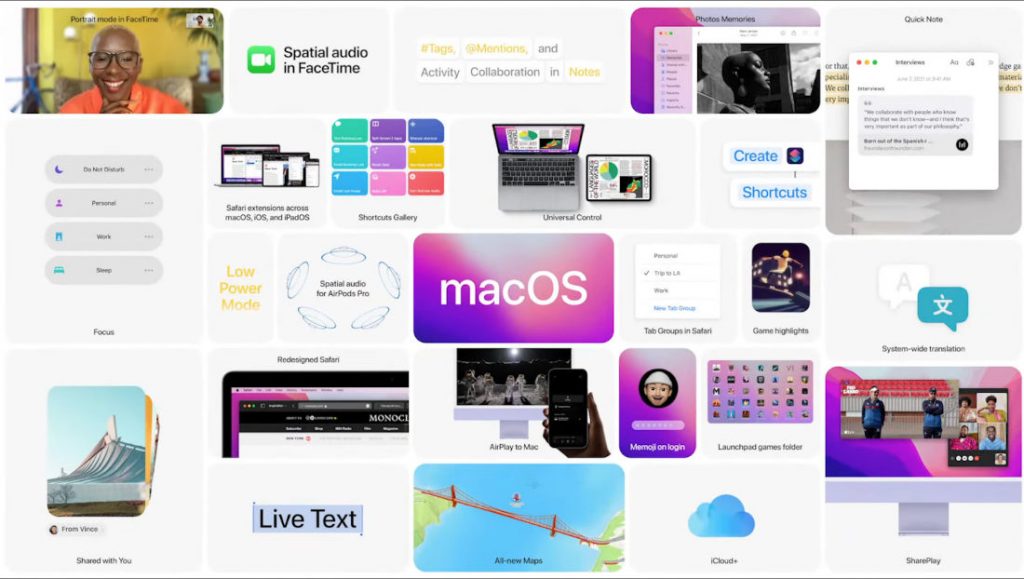 At WWDC 2021 yesterday, Apple introduced their next major version of their macOS desktop operating system, called macOS Monterey. With it, Apple is introducing a whole range of new features such as Universal Control and Airplay support for Mac devices, support for Shortcuts, SharePlay, Shared With You, and of course, major updates to Safari. 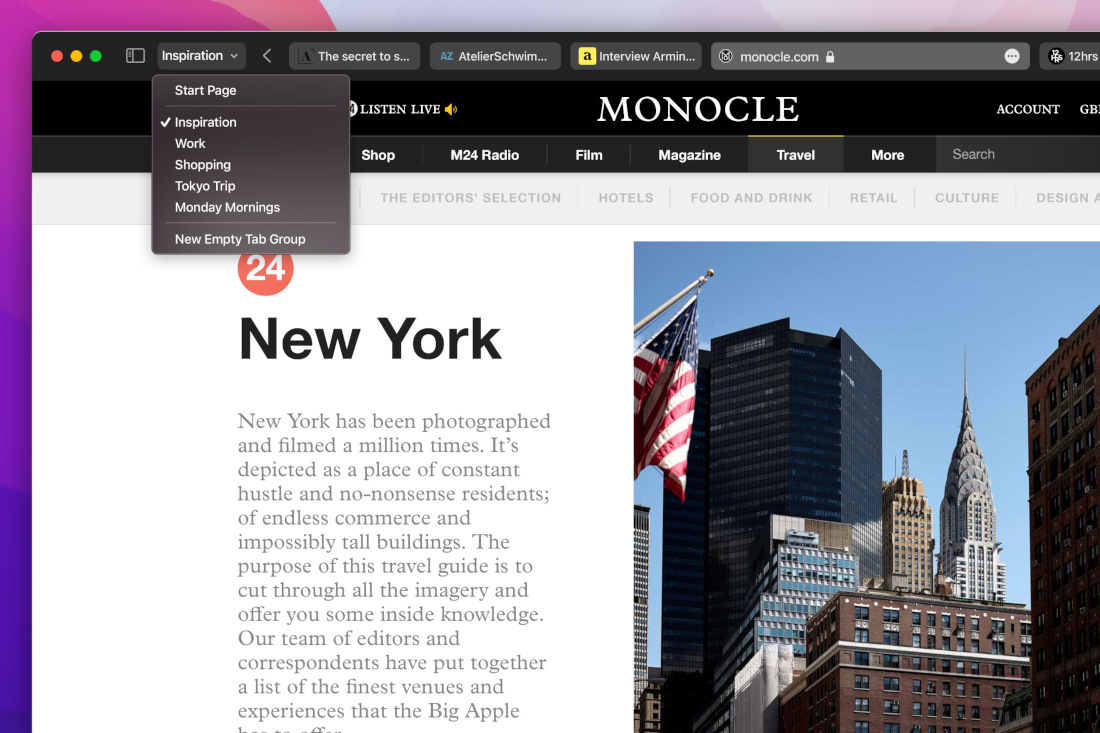 Safari, Apple’s web browser, is receiving a new makeover, with major redesigns to tabs. Apple has combined the tabs, the tool bar, and the search field into a single compact design, and the tabs also take the colour of the website. Along with this, Safari also features Tabs Groups for easier organisation of multiple tabs, and they will sync across Mac, iPhone, and iPad. 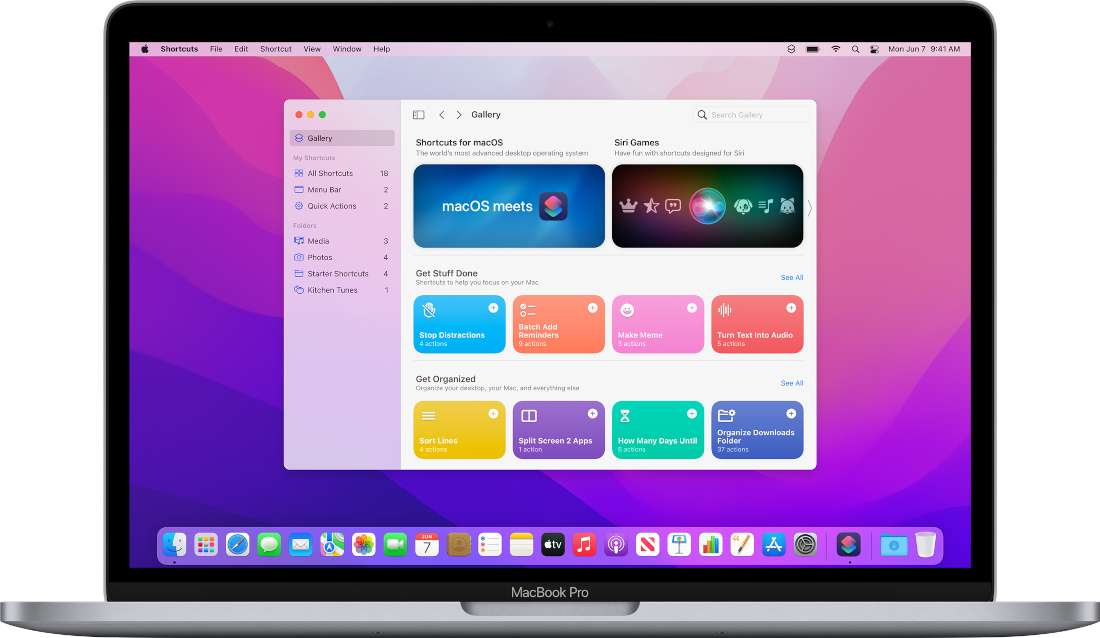 Shortcuts on iOS and iPadOS was a powerful tool to help users automate tasks, and it is now coming to macOS Monterey. Shortcuts will be integrated into the menu bar, Finder, Spotlight, and even hands-free with Siri. It will support a wide variety of pre-built actions designed just for Mac, and will also support deeply custom tasks with the Shortcuts Editor on Mac. 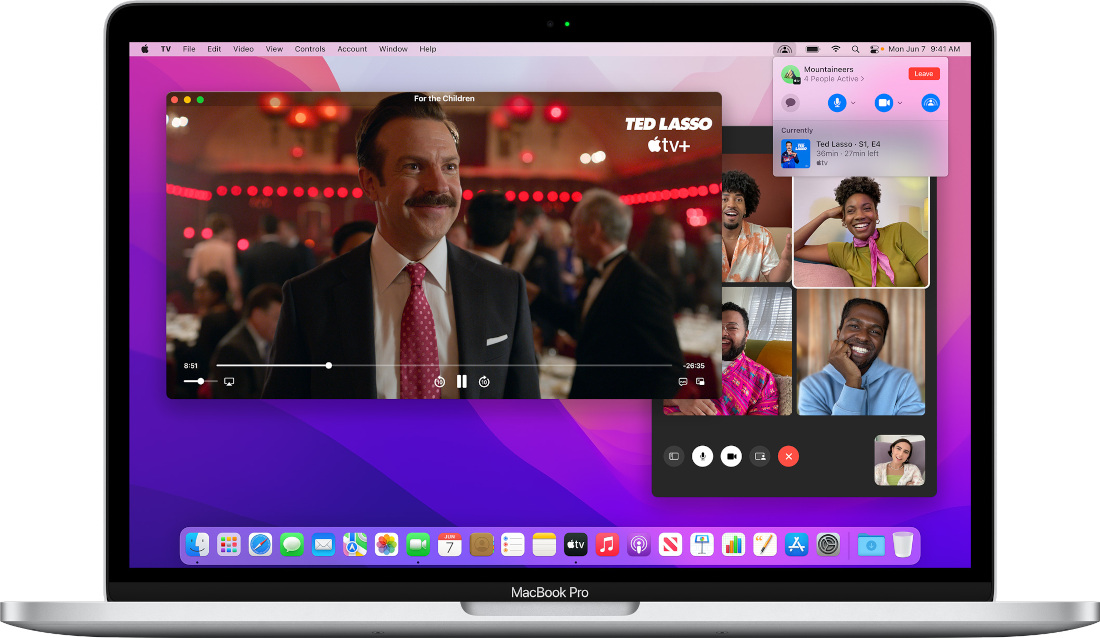 SharePlay for FaceTime, which was also introduced for iOS 15, is coming to macOS Monterey, allowing users to share music, TV shows, movies, projects, and more with friends and family in real time through screen sharing. macOS Monterey will also have the Shared With You feature on Messages, and it will be integrated across many macOS apps such as Photos, Safari, Apple Podcasts, Apple News, and the Apple TV app.

Universal Control is a feature that will allow users to use a single mouse and keyboard and seamlessly move between their Mac and iPad. It will also support dragging and dropping content back and forth between these devices. 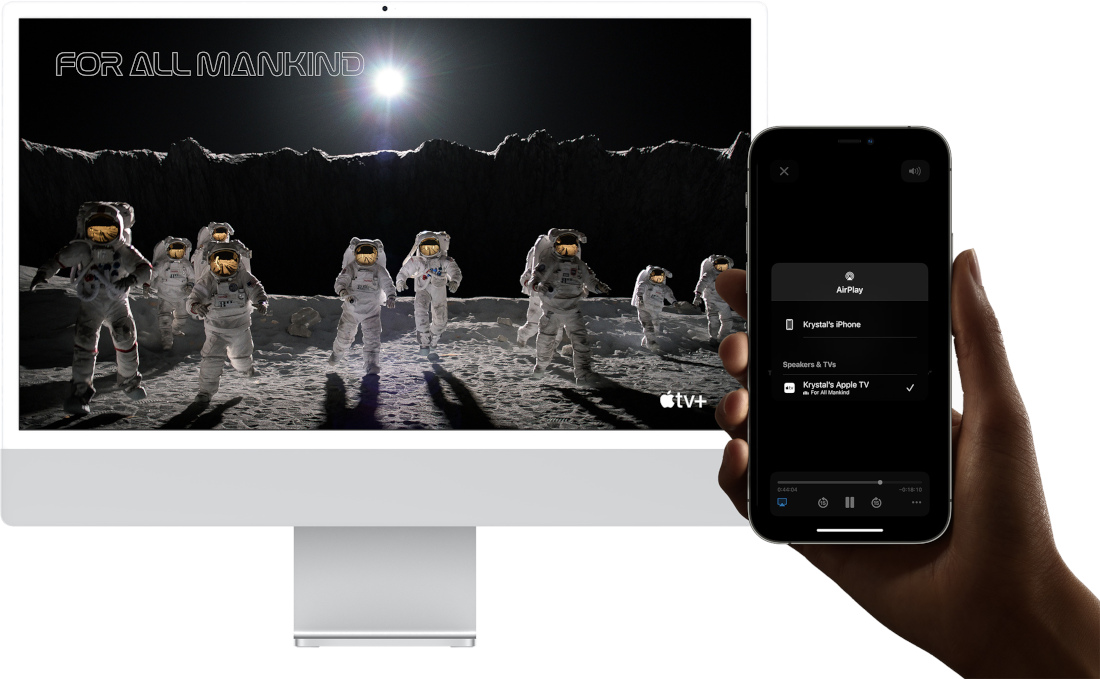 AirPlay to Mac support is being added with macOS Monterey, allowing users to utilize their Mac’s Retina display to play content from their iPhone or iPad. FaceTime is getting an upgrade, with features like Portrait mode-like background blur, a new Grid View and various improved audio capabilities such as Spatial Audio, Voice Isolation, Wide Spectrum. 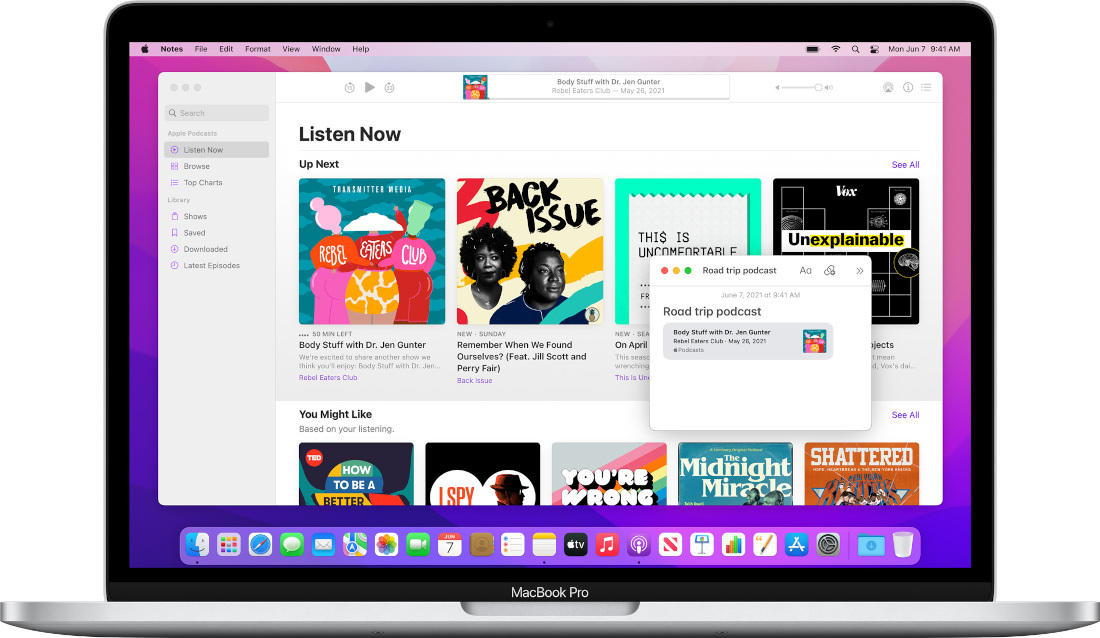 The Notes app on macOS is getting an update, with a feature called Quick Note, which enables users to quickly jot down notes from any app or website system wide. Quick Notes will support adding links from an app, from a website in Safari or an address in Maps.

Other features in macOS Monterey include: