Every social media platform needs a process to have verified accounts on the platform. Twitter previously had a verification program for earning the “Blue tick”, but had some problems with it. The company now relaunched their verification program, with updated criteria that took into account feedback from the public.

Along with this, the account must have a profile name, a profile image and either a confirmed email address or phone number. Twitter will also require the account to be active within the last six months and have a record of adherence to the Twitter Rules. Failure to adhere to these rules will result in Twitter removing the Blue badge from the account. 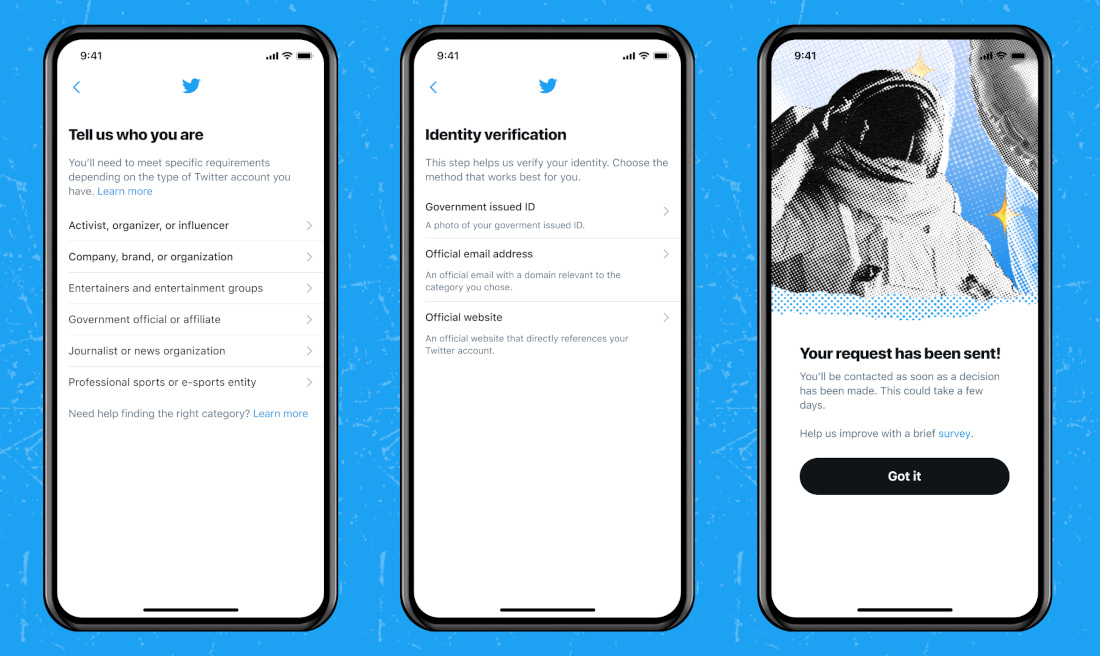 Once the feature becomes available over the coming weeks, the application process can be started from the Account Settings tab. Once submitted, users can expect a response from the team in a few weeks.