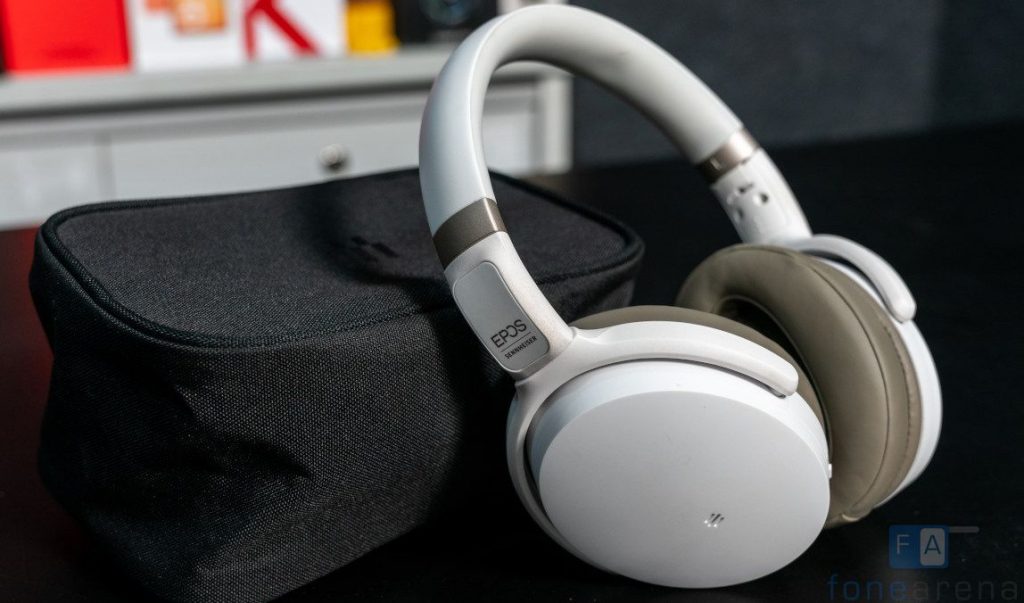 In a professional workspace environment, having a good audio setup can sometimes be critical to maximizing productivity. That is a big reason where there is a separate category of audio products designed specifically for the workplace. EPOS is one such brand that produces products for the enterprise category and among their many offerings is the EPOS Adapt 360 Bluetooth headset. Here is my review of the headset. 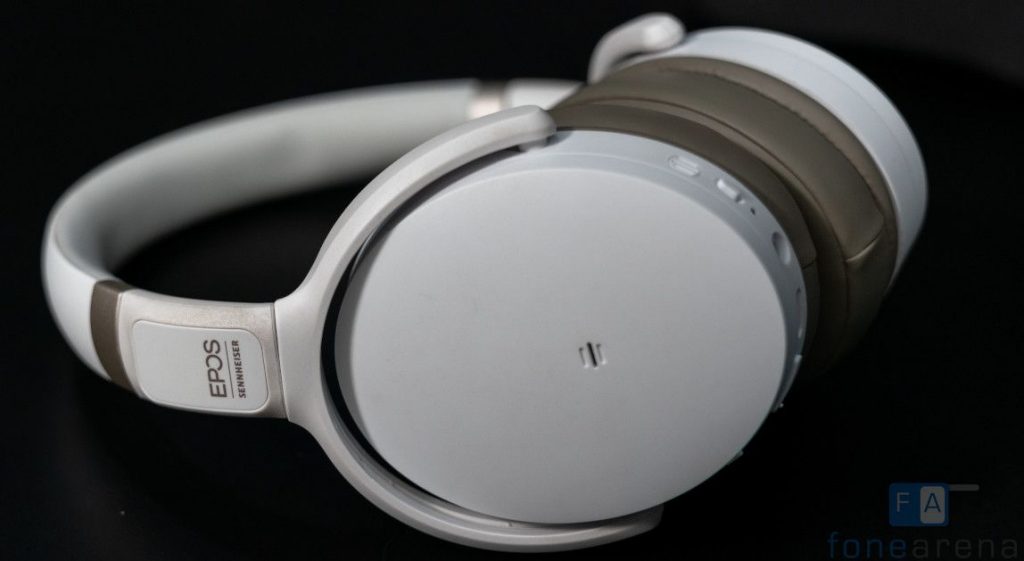 The design of Adapt 360 wireless headset is heavily inspired by headsets from Sennheiser, who was previously involved with EPOS. It is an over-the-ear design with nice oval-shaped earcups, and the entire construction is made out of high-quality plastic. The earcups are deep, and have really soft, memory-foam cushions that are covered in a really nice leather material. During my review, I was comfortable wearing the headset for long periods of time. The earcup cushions also form a great seal around the ear, which contributed to an excellent isolation from outside noise when simply wearing the headset.

My only issue with the earcups is that in non-AC environments, the headset can quickly get warm around your ears and make you sweat quite a bit. This is expected from headsets that have leather earcups, and the problem goes away if you are in an AC room, which is usually the case in a professional workspace.

The headband is reasonably flexible and there is a small amount of padding where the headset rests against the head. The headband adjustment sliders are also made out of plastic, with a good number of adjustments available that will allow it to comfortably fit most heads. 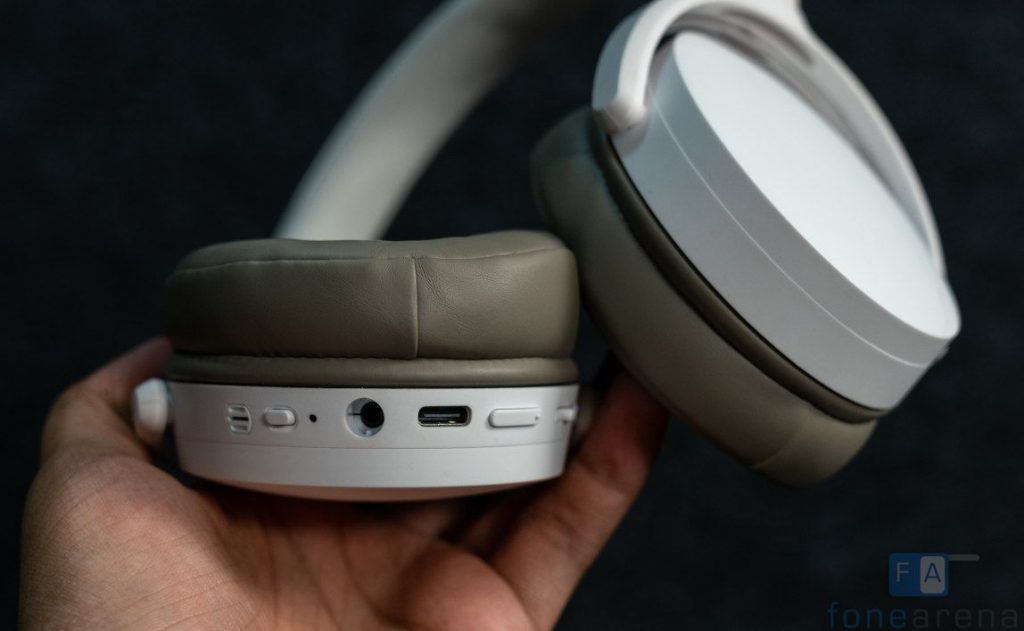 The earcups can swivel just enough to make the headset comfortable to wear and they can be folded in to make them easier to carry. On the right ear cup is where all the on-device controls and ports are, including a USB-C port for charging, 3.5mm headphone jack, volume controls, Power/ANC toggle, play/pause toggle and a dedicated Microsoft Teams button.

EPOS offers multiple ways to connect the headset to a computer or smartphone, both wired and wireless. For wireless connectivity (which is how the headset is meant to be used), the headset can either connect via Bluetooth or with the included USB dongle. EPOS also includes an AUX cable with a 3.5mm jack on both ends if you want to use the earbuds in wired mode.

The headset supports Bluetooth 5.0, which enables the headset to connect to two devices simultaneously. During my review, switching audio between two connected devices was seamless, and I had no complaints. Latency was low enough to be good enough for even casual gaming and the connection was stable at reasonable ranges too. I only experienced connection issues when there were two or more walls between the headset and the device I was connected to.

The last way to use the headset is with a wire connected to the 3.5mm headphone jack in the right earcup. You do not get any of the benefits such as ANC or Microsoft Teams access, but in case the headset’s battery is dead, you can still use it when powered off.

Coming to how they sound, after using them for a while, it is very clear that these headsets are tuned for human voices. During calls, voices were very clear and legible, and for casual music listening, the headset was acceptable. The response in the midrange frequencies is where the headset felt the most natural, and for the bass and the highs, the headset did not perform too well. Especially when it came to the bass, I felt like the headset was quite flat and muffled.

These headsets are designed for use in offices and that means it needs to be good at keeping outside noises out. The Adapt 360 does a great job with noise isolation thanks to the thick earcups, and it is further improved with the Active Noise cancellation (ANC). The strength of the ANC by itself was rather weak however. It was only really effective at drowning out the background office noises and louder noises would easily get through the headset. 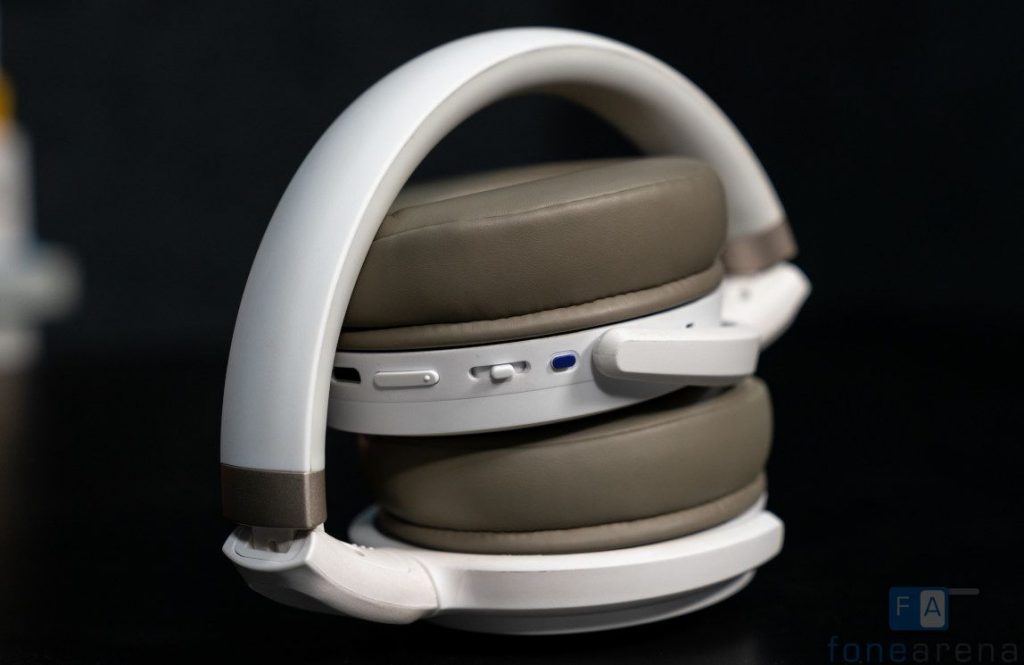 All the on-board controls can be found on the right earcup, which includes a volume rocker and a multi-function click-able slider that can play/pause, skip or go back to the next track. While the dedicated buttons for volume are nice, pressing the slider to play or pause music was an awkward mechanic. I wish EPOS had stuck to a traditional button setup, but this is how it works with the Adapt 360.

The EPOS Adapt 360 is a high quality pair of wireless headset with a good set of features for an office environment. It has great build quality, decent audio performance (especially for calls) and clear microphones. They do a great job of isolating the user from surrounding noises and the battery life is great. My only complaints about the device is that the controls are a little unusable and the active noise cancellation is weak.

In India, EPOS does not sell the Adapt 360 directly to consumer, instead it sells directly to businesses. The exact price will depend on the order quantity, but the price on the box says the MRP is Rs. 24,490.