Last year in November, WhatsApp introduced a new feature in their chats called Disappearing Messages, where messages in group chats and individual chats would automatically be deleted after 7 days. WhatsApp is now reportedly working on expanding the feature to include a 24 hour option as well.

WhatsApp had been working on the Disappearing messages feature for a long time. When it’s activated for a chat, messages in that particular chat that were more than 7 days old would automatically be deleted from the user’s smartphone and from the server. 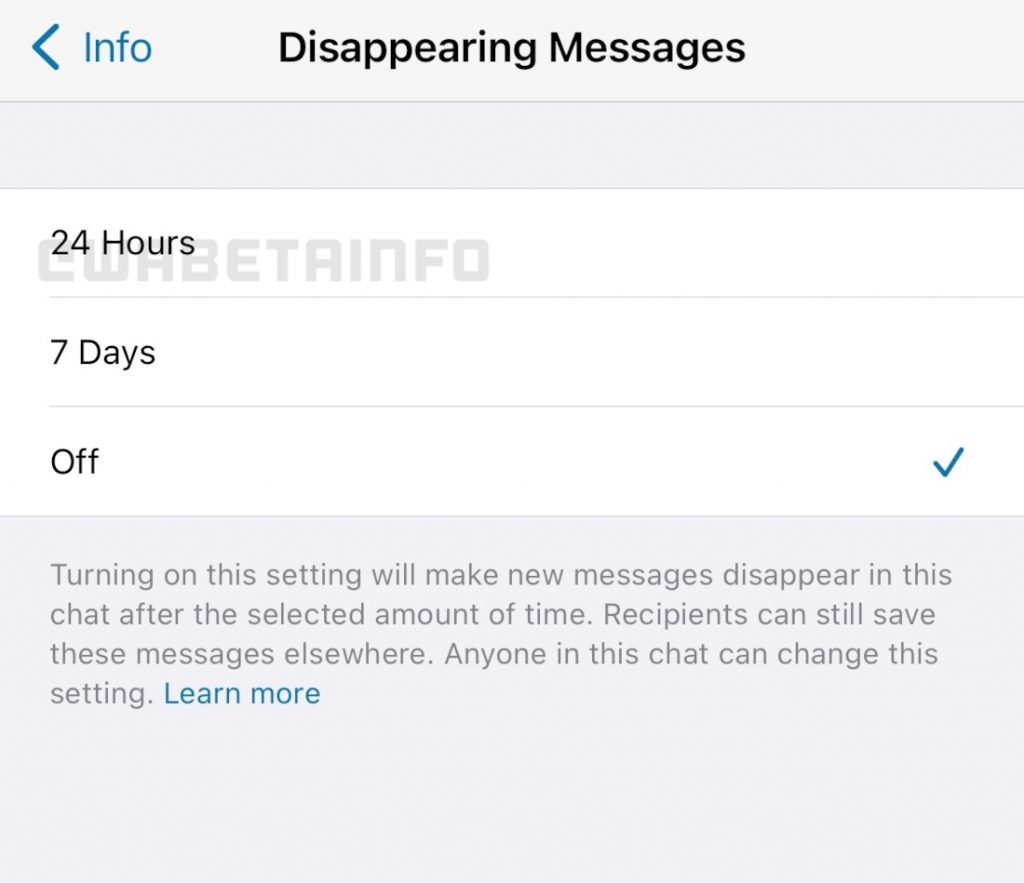 When the feature launched, it only offered the option of deleting messages after 7 days. Understandably for some, this can be a limitation. However, it appears that WhatsApp is developing a “24 hour” option for the feature, which can be great for people who want a little more privacy in their chats.

The feature will likely come to the beta versions of iOS, Android and WhatsApp Web first, and then in the future, it will come to the stable version.