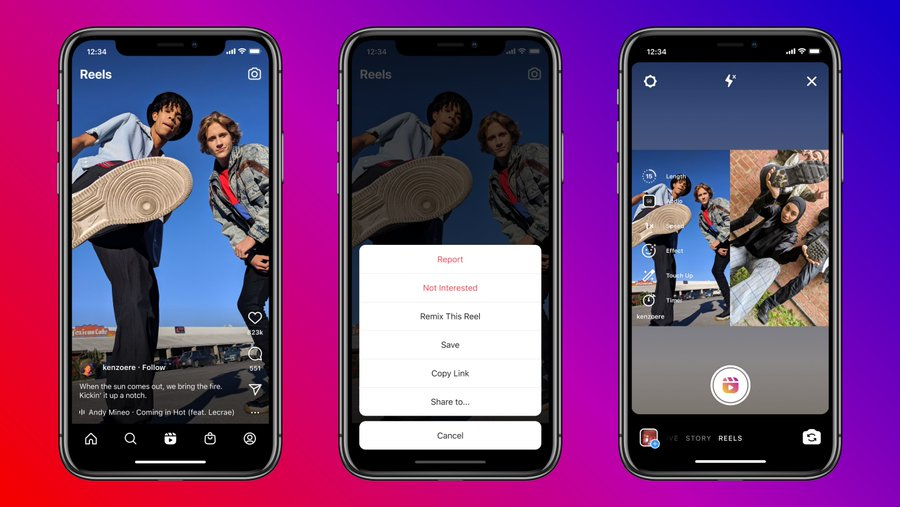 Instagram has rolled out a new update to Reels that adds a feature called Remix. The feature is nearly identical to TikTok’s Duet feature, allowing users to create a Reel next to one another Reel that already exists.

Using Remix with Reels is simple. Navigate to a Reel that you want to Remix, click the three dot menu and select “Remix this Reel”. From here, you can record your Reel live or select a pre-recorded video. There are also tools to control the audio for your clip and the remixed clip, along with other editing functions.

By default, any new Reel created will have the ability to be “Remixed”. For older Reels, the original creator will require to “Enable Remixing” by selecting the option in the Reel’s three dot menu. Instagram is also providing the option to disable Remixing for all reels from the user’s profile settings.

Instagram Reels was already known to be pretty much a copycat of TikTok, with a similar format of sharing short-form videos created by users. Lately, the company has pushed Reels quite heavily on the platform, with moves such as adding a dedicated tab for Reels in the app’s Home screen. They have also de-emphasized content that has been recycled from other platforms such as TikTok as a way to promote their own content.