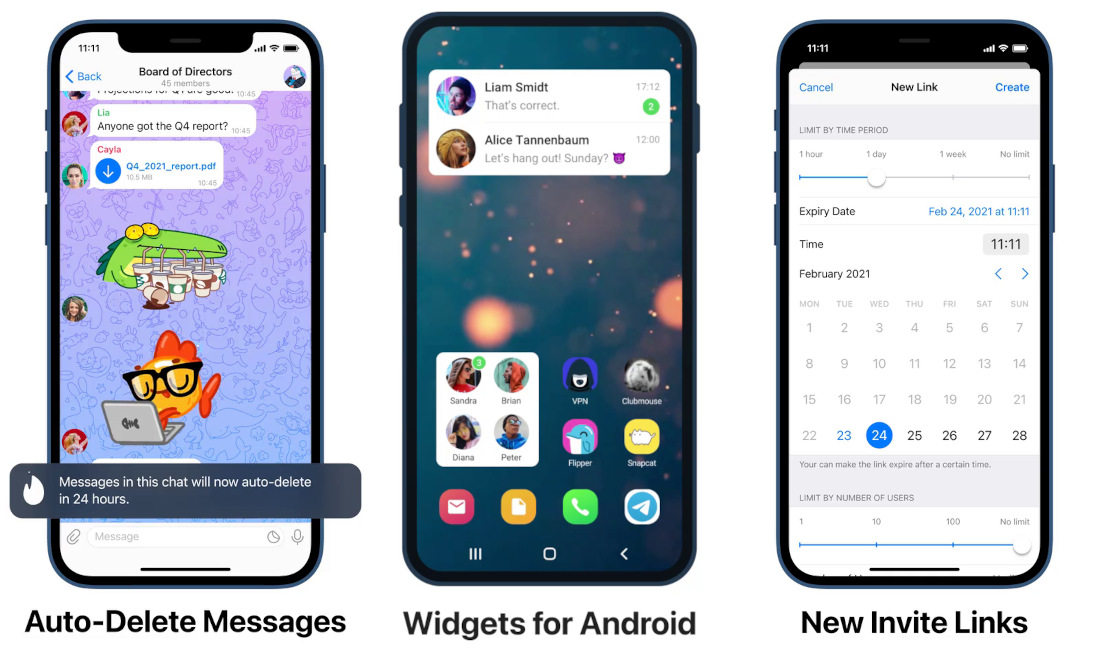 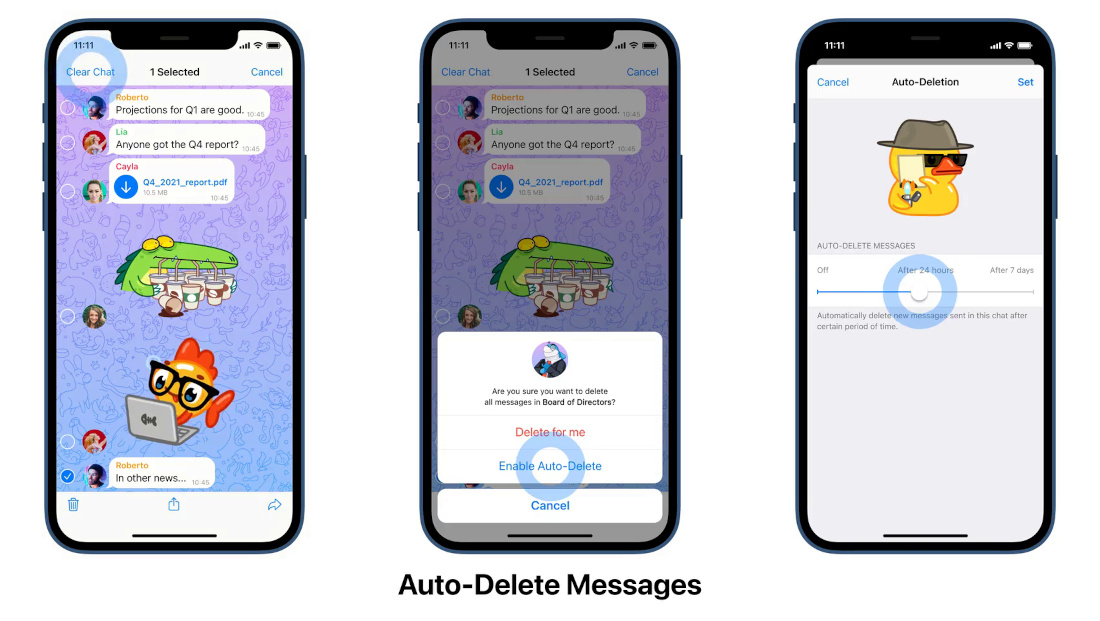 Telegram is one of the few messaging apps that allow users to delete messages for all participants in the conversation at any time. In the new update, they have now added the option to set up auto-deletion of messages for any particular chat. Users can choose between 24 hours or 7 days and any message sent after the timer is set will be deleted for everyone. As expected, for groups and channels, only admins can enable or modify the timer. 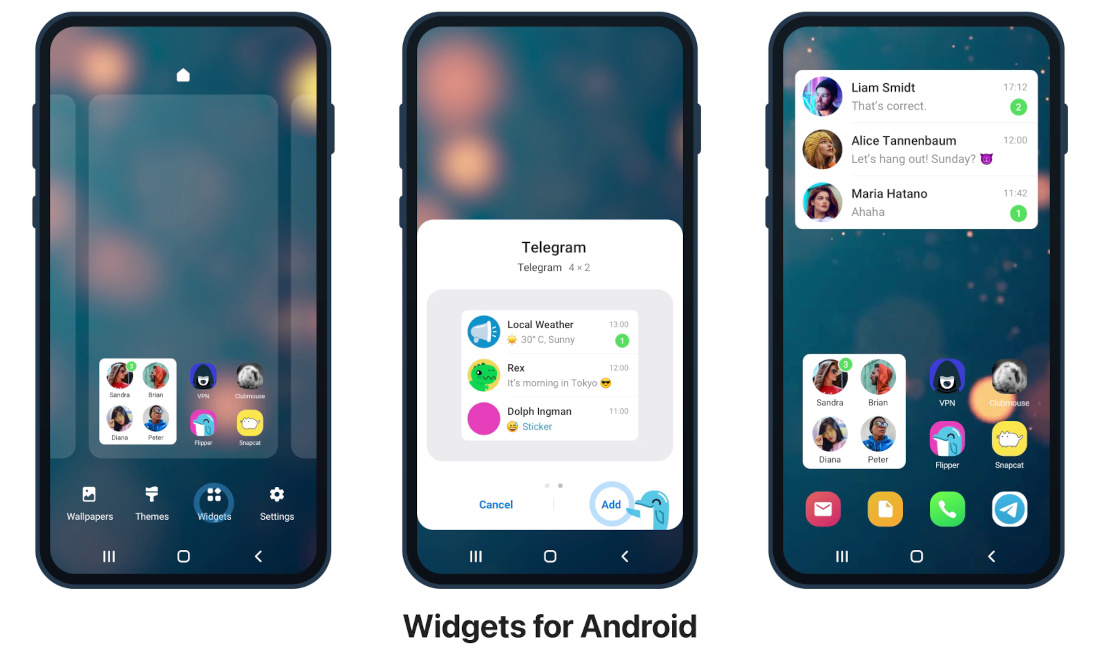 You can now set up Home screen widgets for the app on both Android and iOS. There are two widgets offered – a chat Widget, which will show all the recent chats, and a Shortcuts Widget, where only names and profile pictures will be shown.

Link invites can now be configured to only be active for a limited duration,  number of uses, or both, and they can also be converted to scannable QR codes for easy sharing. 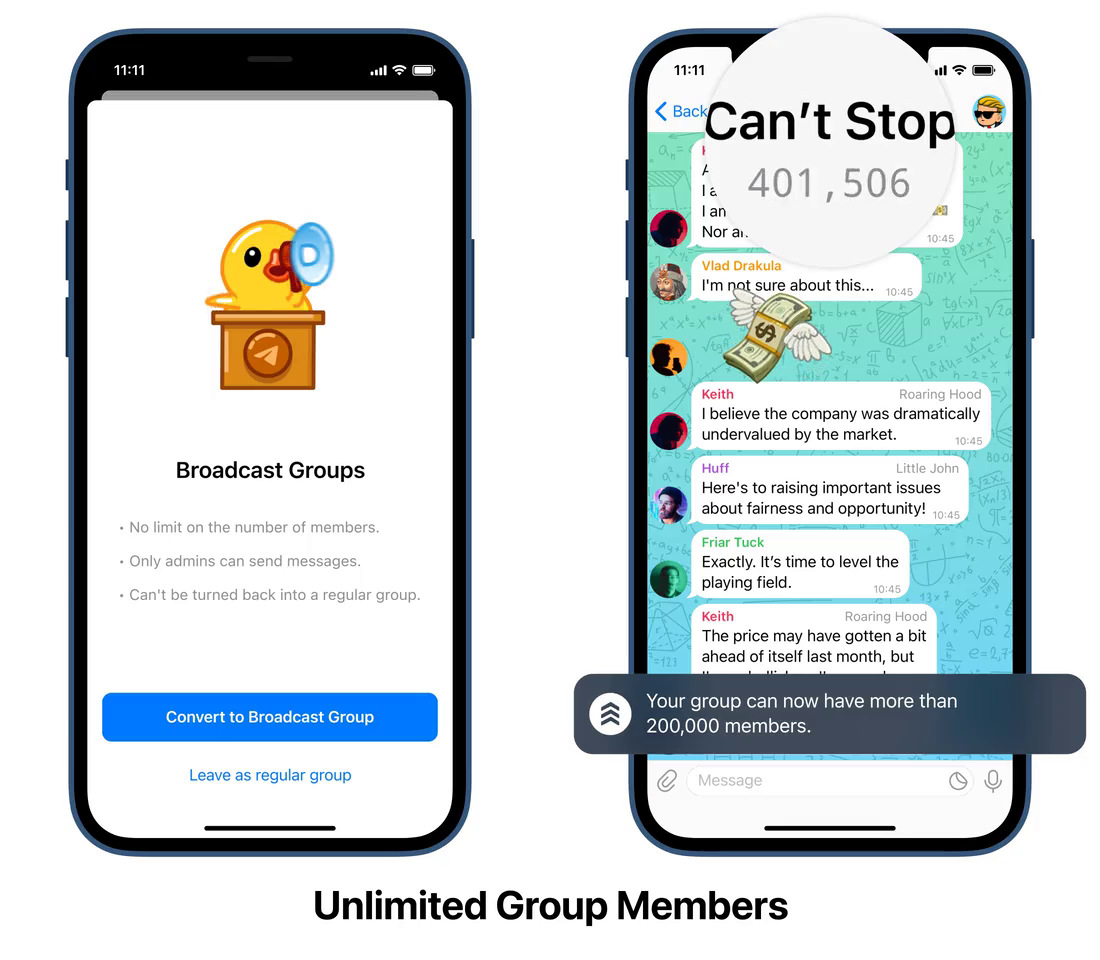 Groups can be converted into Broadcast Groups, which can increase the limit of users from 200000 to unlimited, and the Chat Import feature has been improved to automatically sort chats by their original date, as long as they are new or have less than 1000 messages.

You can install the Telegram 7.5.0 here from the Play Store and the App Store.