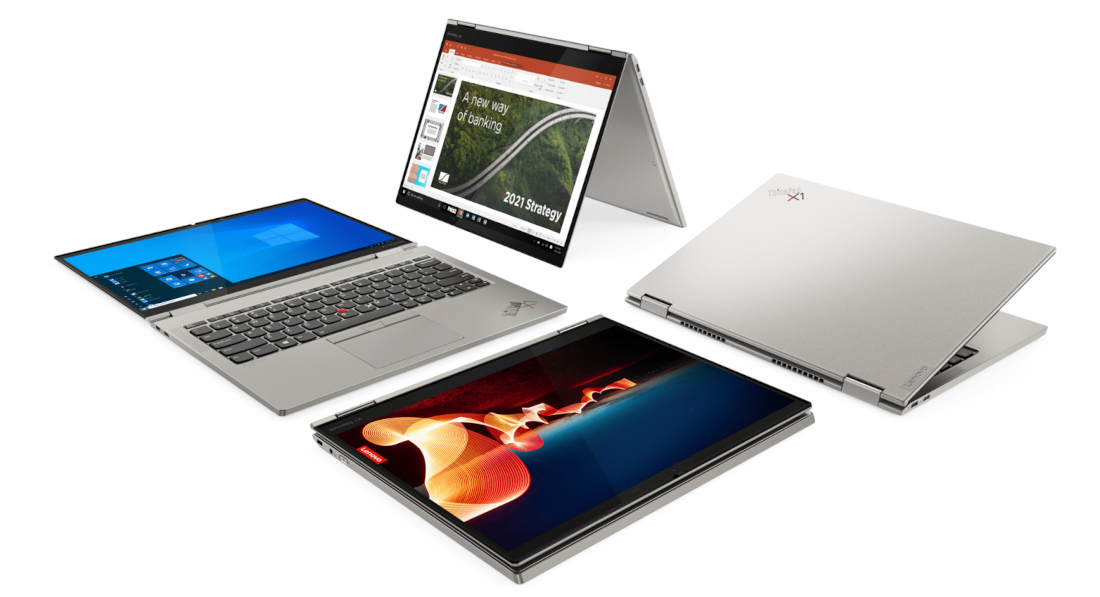 Lenovo has announced the launch of the ThinkPad X1 Titanium Yoga, which is their thinnest-ever Thinkpad laptop that is designed around the Intel Evo Platform. Along with it, Lenovo also released the ThinkPad X1 Carbon Gen 9, X1 Yoga Gen 6 and the ThinkPad X12 Detachable laptop.

The ThinkPad X1 Titanium Yoga is an ultra-thin laptop measuring in at just 11.5mm, with a 3:2 ratio 13.5-inch 2K  low power display on the front. It can be configured with up to 11th Gen Intel Core i7 vPro processors; has four-far field mics and it supports both Dolby Vision HDR, Dolby Atmos Speaker System. Like most other ThinkPad X1 laptops, the X1 Titanium Yoga features WiFi 6 connectivity and enhanced ThinkShield security technologies.

Both the Lenovo ThinkPad X1 Yoga Gen 6 and ThinkPad X1 Carbon Gen 9 have updated designs with 16:10 displays, wider touchpads and larger batteries. They can be configured with up to 32GB LPDDR4x 4266MHz RAM and up to a 2TB PCIe Gen 4 SSDs.

The laptops also feature support for Dolby voice, which is a technology that uses spatial audio technology and optimizes speaker and microphone performance for improved conferencing experiences.

Lastly, the new X12 Detachable, as the name suggests, is a laptop with a 12.3-inch detachable tablet form factor. It features a FHD+ IPS display that supports the Lenovo Precision Pen or Lenovo Digital Pen, and it can be configured with an Intel Core i7 vPro Quad Core processor and Intel Iris Xe graphics.