Soon after the launch of smart TVs, Infinix under its SNOKOR brand has launched SNOKOR A10, the company’s first-ever Soundbar from its home audio system in India. It comes with four 2.5 inch all-frequency speakers that promises a richer and fuller audio output of 60 Watts. It has a metal mesh cover on the front and has a 2.5-inch LED display that displays device connection, volume and sound effect. 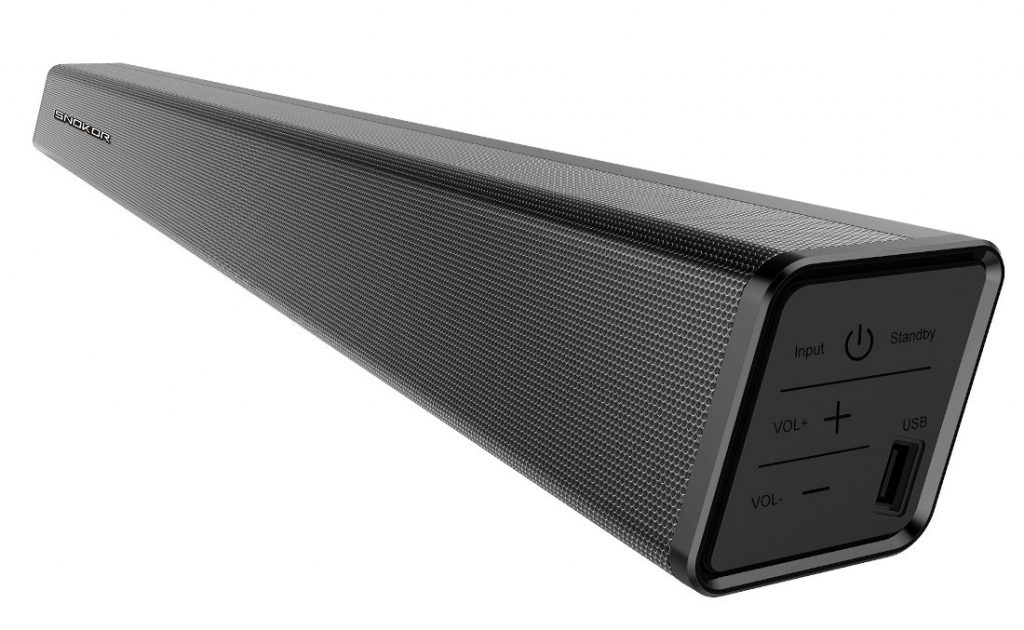 The soundbar is equipped with HDMI (ARC), USB, Coaxial, AUX & Bluetooth v5.0 connectivity options. In the box it comes with HDMI cable, a coaxial cable and an all-in-one remote. The remote comes option to choose different sound effects like Music, News, Movie, 3D Treble and bass, in addition to volume.

Anish Kapoor, CEO, Infinix India said that the company is confident about the newly launched SNOKOR soundbar and believe that the fans will give this device the same acceptance that they have been giving to other SNOKOR products.

The SNOKOR A10 Soundbar comes in Black colour, is priced at Rs. 4499 and will be available from Flipkart starting from December 18th.