It has been seven years since the OnePlus launched its first smartphone in India. To date, we have seen some of the best Android flagship smartphones from the company.

As a part of the strategy, OnePlus launched smart TVs starting at Rs. 14,999, a new smartphone line-up — OnePlus Nord at Rs. 24,999 and several audio product offerings including OnePlus Bullets Wireless Z and the OnePlus Buds Z.

Customers on OnePlus.in and OnePlus Store app can avail the following offers: 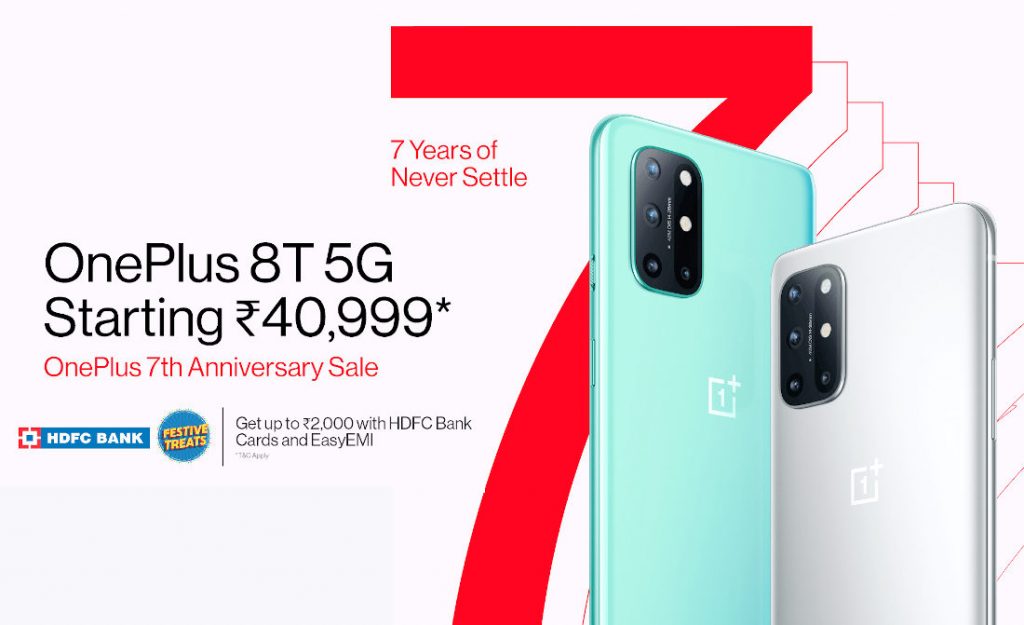 In addition, customers looking to purchase the OnePlus 8T 5G and the OnePlus 8 Series 5G on Amazon.in can now avail up to Rs. 2000 and Rs. 3000 instant discount respectively with HDFC Bank card transactions. Customers can also avail a 10% discount on select OnePlus audio products on Amazon.in and Flipkart on December 17 and 18.

Similarly, OnePlus TVs will have the following exciting offers as part of the OnePlus 7th Anniversary Sale:

The above offers are available to customers across OnePlus.in, OnePlus stores, as well as Amazon.in, Flipkart and other partner stores until the end of December 2020.