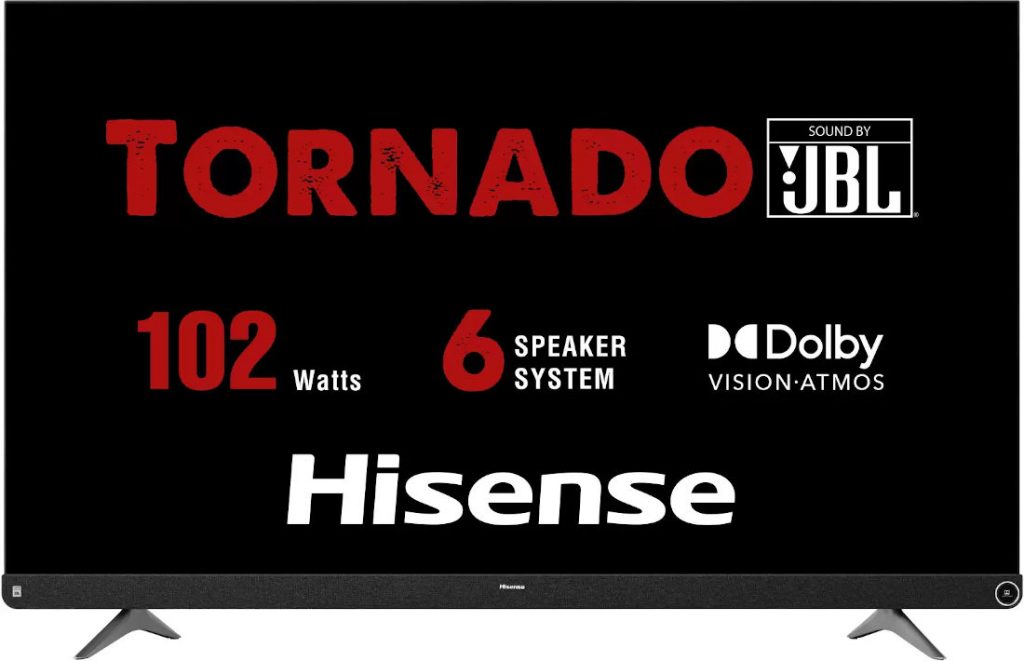 Update: Hisense has launched the first Tornado 4K Series television with a 55-inch screen at an inaugural price of Rs. 44,990. It will be available from Amazon.in, Flipkart, Reliance Digital and TataCliQ starting from December 24th.

One of the highlight features of the TV is the powerful built-in JBL sound system. It consists of 4 full range speakers and 2 high frequency speakers, with a total power output of 102W. HiSense also engineered support for Dolby Atmos for a great audio experience.

A 65-inch variant will be launched in the first quarter of 2021.

The insights of a detailed consumer research showed that the Indian consumer seems to be dissatisfied with the sound quality of LED TVs. Crystal clear sound and slim LED TVs never go hand-in-hand thus making the consumer want to connect external audio devices for a better sound experience. This is why Hisense has stepped in to exclusively satisfy the Indian market with our Tornado 4K Series that perfectly balances stylish design and pure, powerful sound. We have partnered with the JBL 6 Speaker System to deliver unbelievably clear sound.