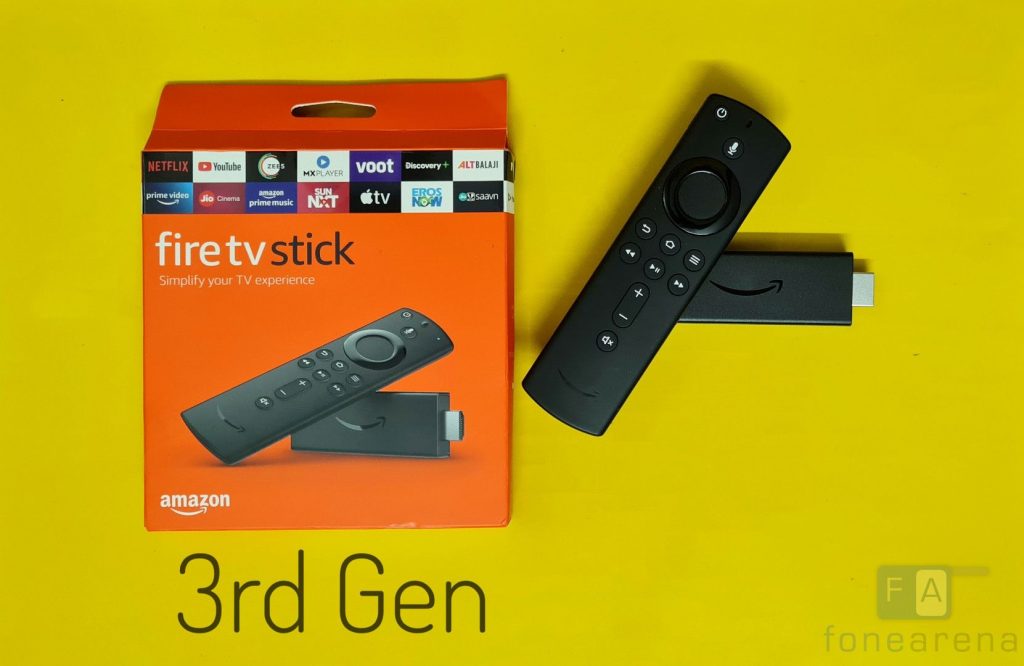 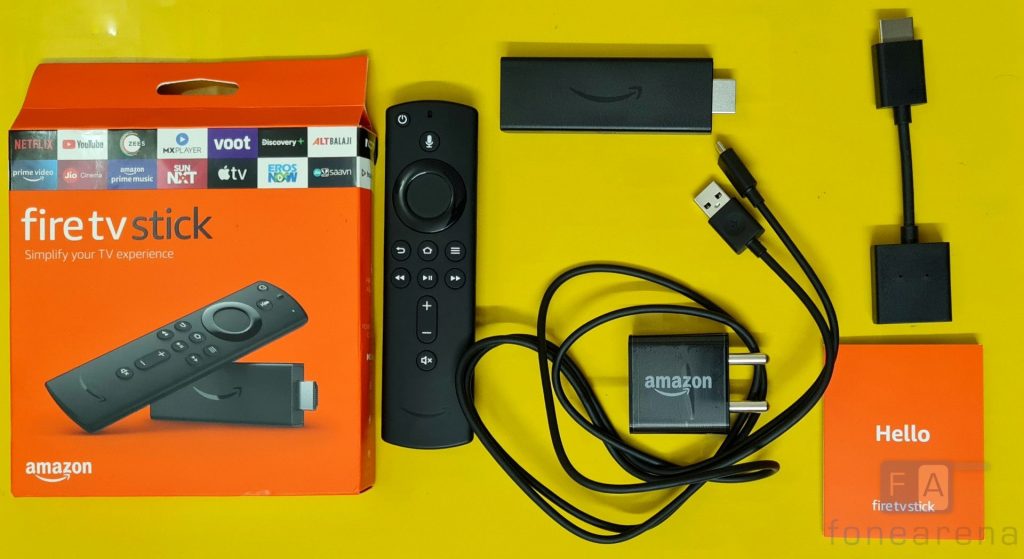 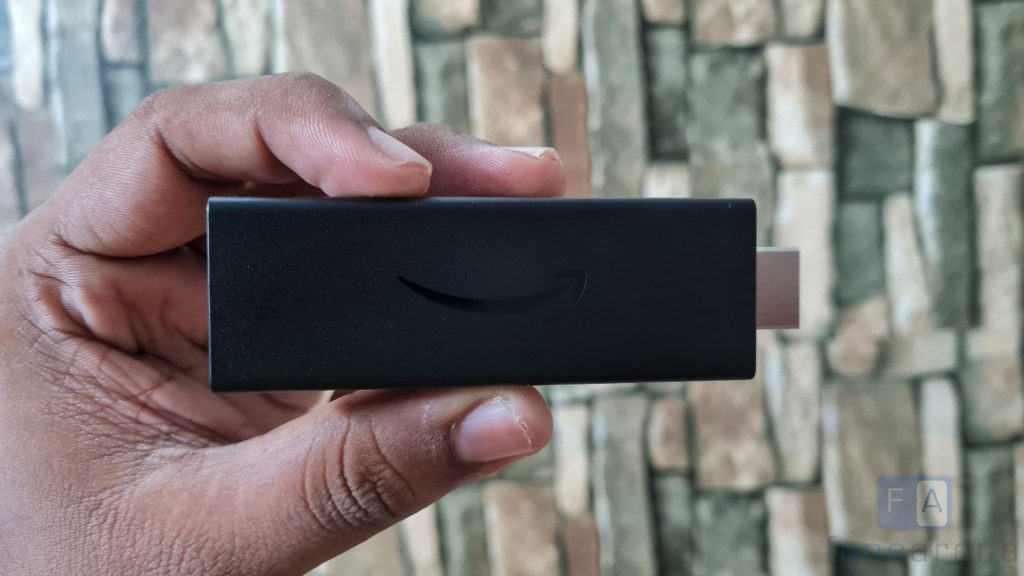 The design of the 3rd Gen Fire TV Stick is pretty much the same as the previous generation – the familiar compact design that conveniently plugs into the HDMI port of your TV/monitor. It features a micro USB port on the right side for power and you can connect the other end of the micro USB cable to a wall adapter (maximum 1A). 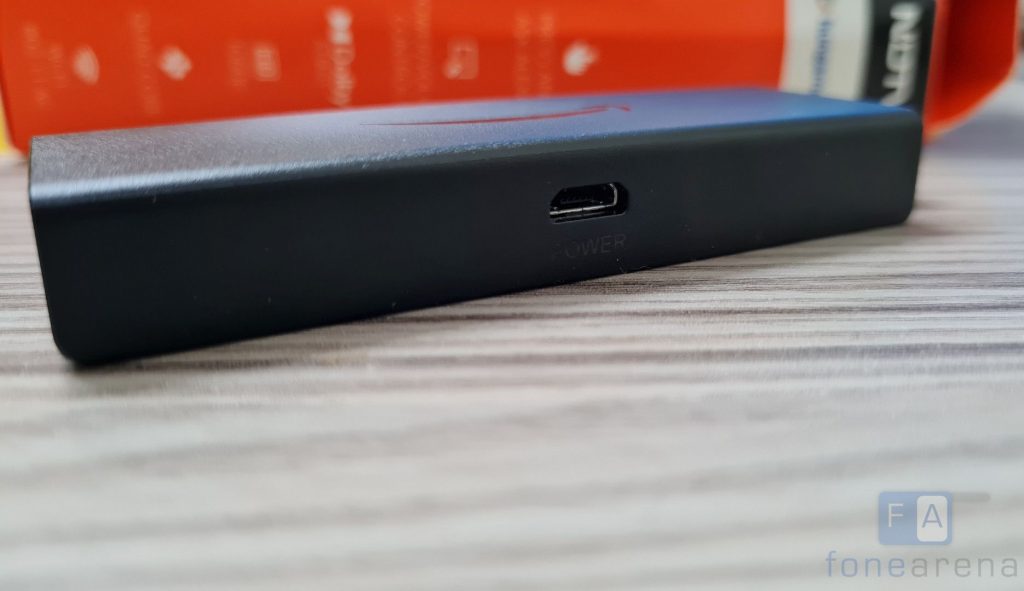 Similarly, the design of the Alexa Voice Remote is pretty much the same as the previous generation. The responsiveness has improved this time around and I’ll talk more about it in the performance section. Amazon hasn’t changed the design of the Fire TV Stick 3rd Gen and is sticking with the familiar design that works which is not a bad thing, I’d say.

The major upgrades that Amazon has done on the Fire TV Stick 3rd Generation are under the hood. This Stick is now powered by a MediaTek MT8695D SoC which has a 1.7GHz quad-core CPU and IMG GE8300 GPU paired with 1GB DDR4 RAM and 8GB internal storage. Amazon says that the Fire TV Stick 3rd Generation is 50% more powerful than previous-gen for fast streaming in Full HD and it is evident in real-world usage. Right from the boot time, loading times of apps, navigating through the UI – it is a lot faster and fluid compared to the previous generation Stick. I noticed a significant improvement in the overall responsiveness across the UI which is a good thing. 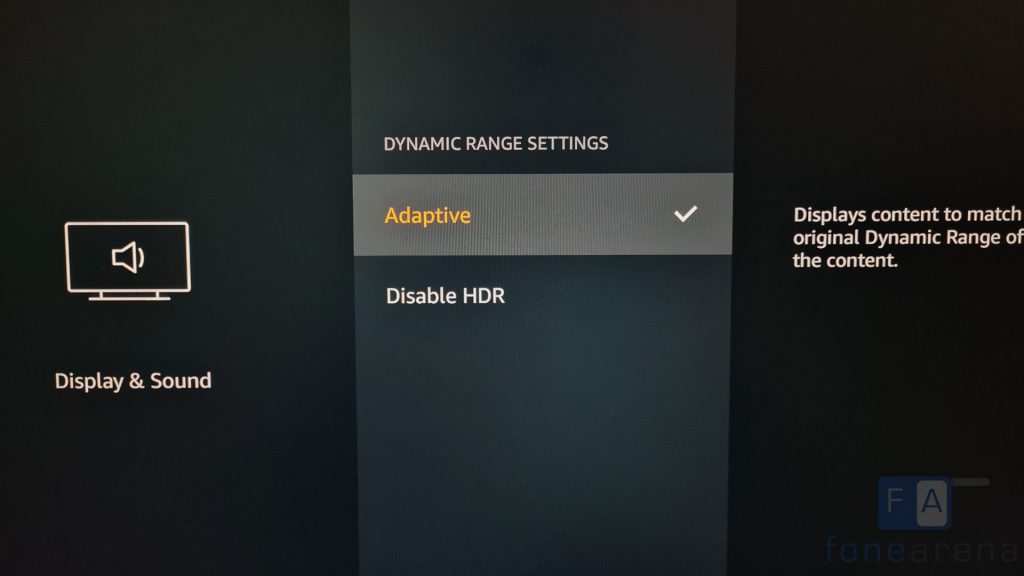 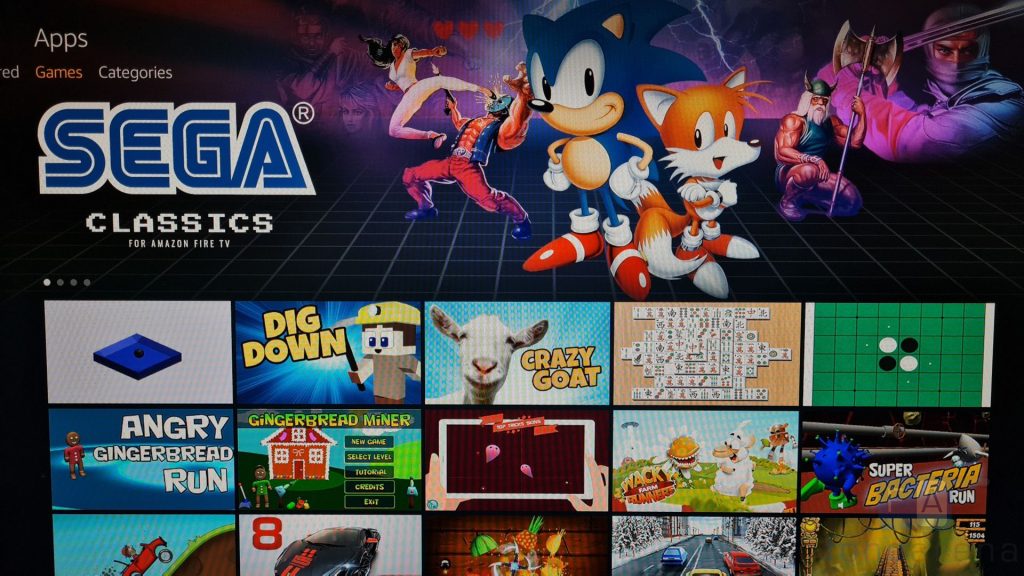 In my time with the device, I did not face any issues in streaming FULL HD (1080p) videos and the WiFi performance on this one is very good. Thanks to that, playback was smooth without any stutters. Similarly, scrubbing through the timeline on apps like YouTube, Prime Video was smooth and so was during seeking. Overall, in my time with the Fire TV Stick 3rd, it worked like a charm! 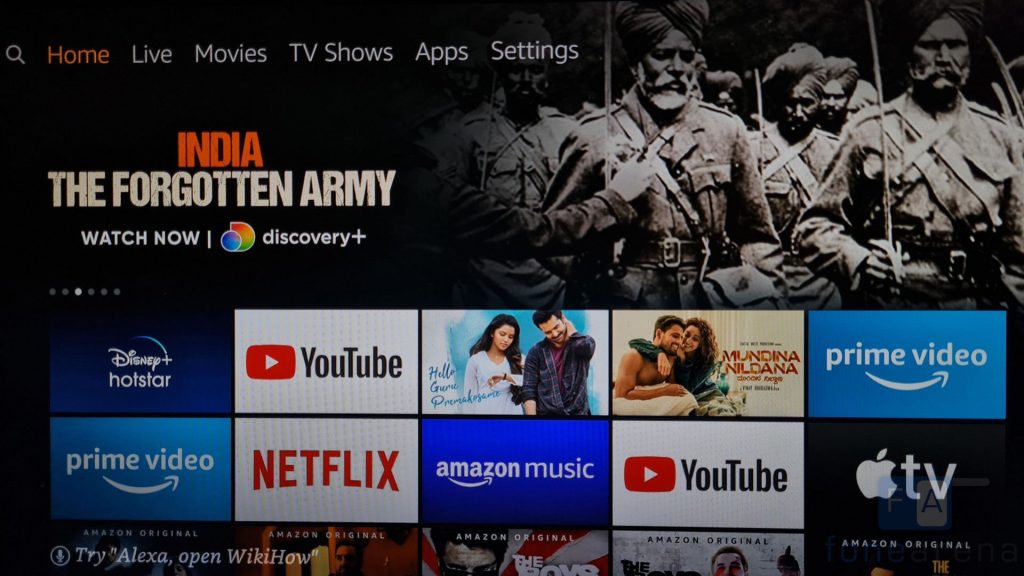 The Fire TV Stick 3rd Generation runs on Fire OS version 7 and allows you to install top streaming apps right from the setup screen. Free apps include YouTube, YouTube Kids, MXPlayer, TVFPlay, YuppTV and more. You can also install Disney+ Hotstar, Apple TV+, ZEE5, Jio Cinema, etc, and you will require an individual subscription for it. There is support for Parental Controls as well where you can select a level of viewing restrictions to restrict the playback of videos with certain age ratings. 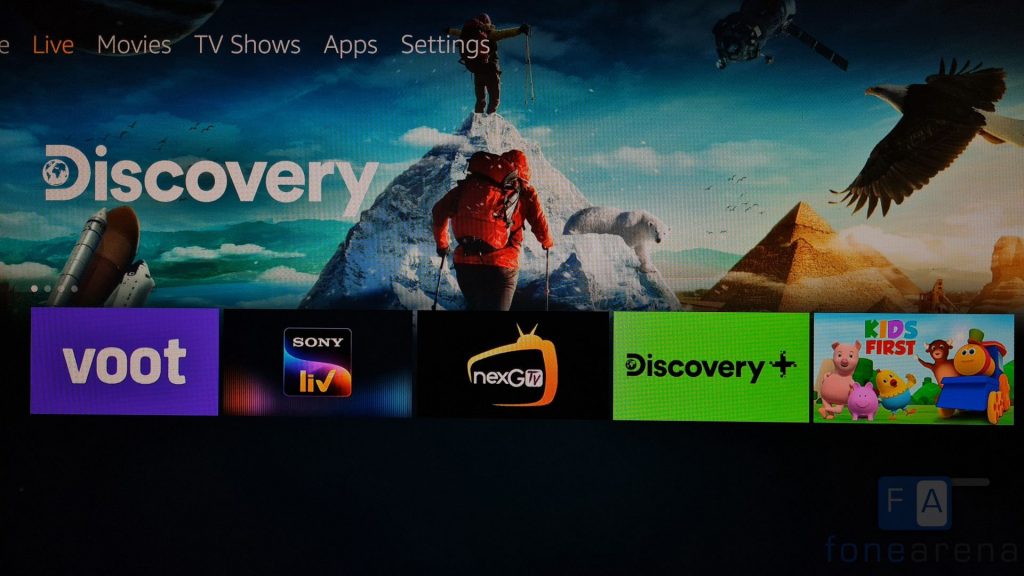 As for the UI, we get the familiar interface seen on the previous generation Fire Stick. The home screen is filled with content recommendations from Amazon Prime Video predominantly and also quick launch tiles for the apps you installed. Alongside the app icons, the home screen also displays content tiles from other streaming apps installed on the Fire TV Stick. 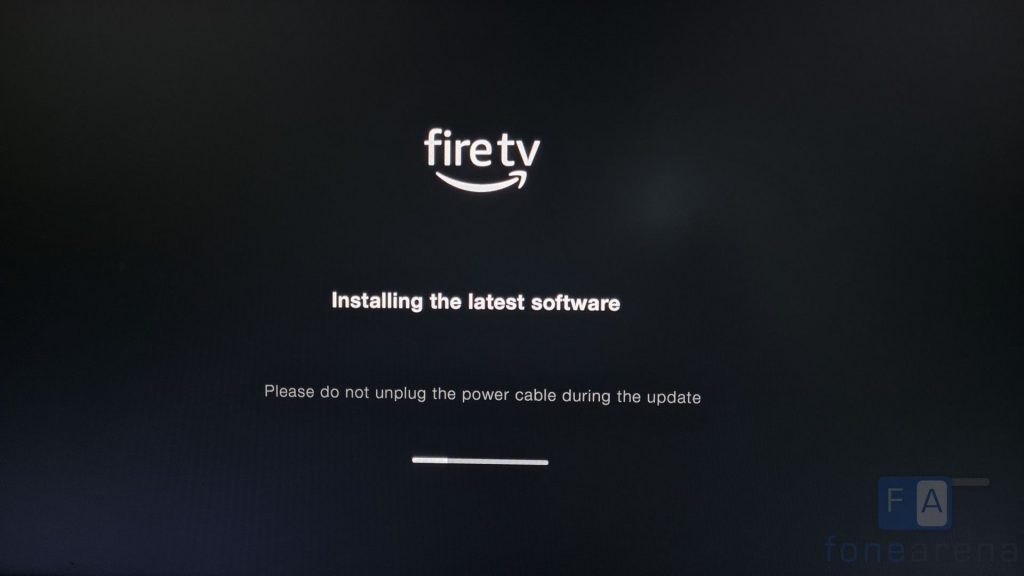 Moving on, Fire TV Stick also supports screen mirroring that lets you mirror content from phone and laptop to the TV/Monitor. It works as expected and I did not notice any disconnection issues as such. Overall, it is a familiar UI on the Fire TV Stick 3rd Gen that is intuitive and user-friendly.

In the box, you get the Alexa Voice Remote (2nd Gen) with 2x AAA Alkaline batteries. The remote quickly pairs with the Fire TV Stick and the process is pretty simple. You get on-screen instructions to pair the remote which is helpful. 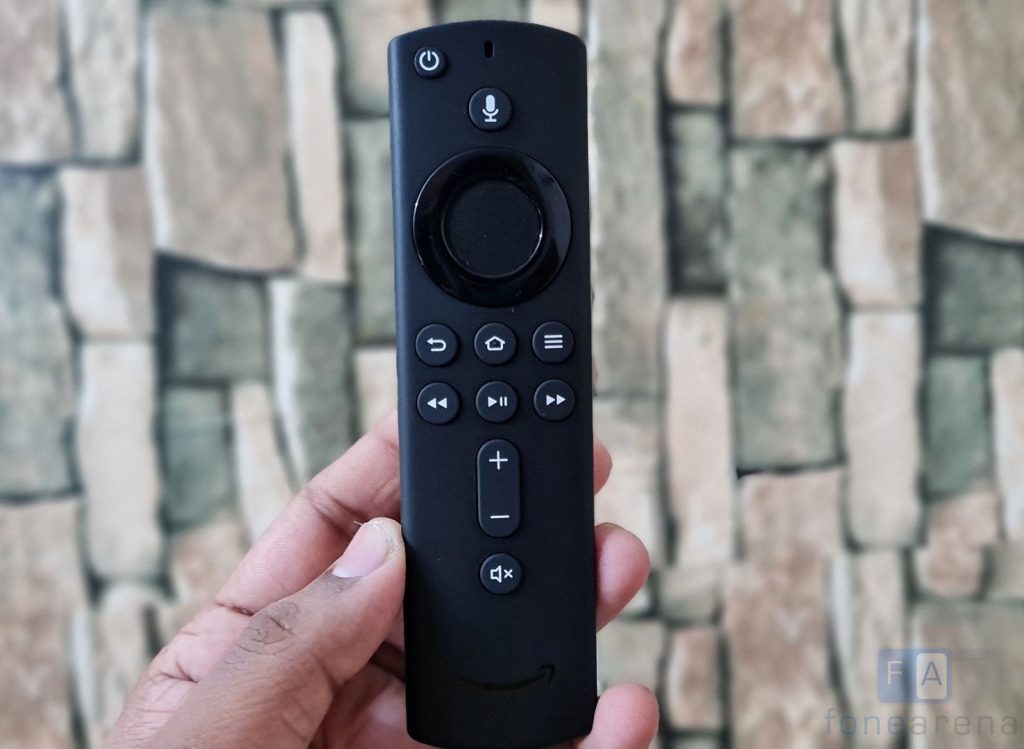 Coming to the buttons on the remote, there’s a power button, Voice button on the top which is followed by the Navigation and Select buttons. Further down, there is the Back, Home, Menu, Rewind, Play/Pause, Forward buttons. You also get dedicated volume and mute buttons that let you control your compatible TV. There is also support for HDMI-CEC, which means the Alexa Voice Remote can control your TV as well. 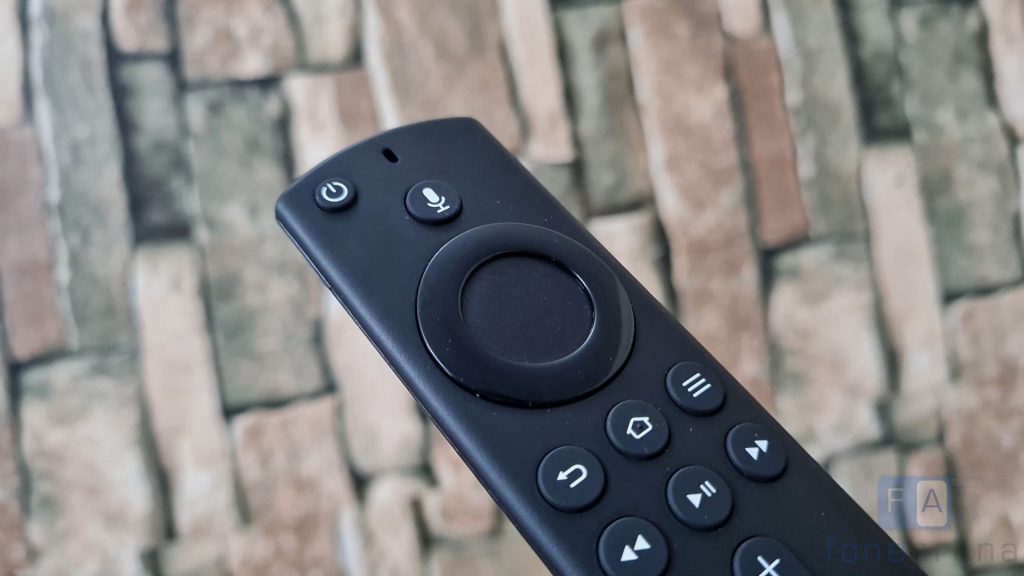 The remote was responsive for the most part during my time with the device, but for some reason, the volume and mute buttons did not work with my VU 40″ TV. Similarly, I did notice a slight delay in Alexa voice search and could have been better. Hopefully, it is addressed in future updates.

The new Fire TV Stick is now available for order from Amazon.in for Rs. 3999. For this price, you are getting a value for money device that is easy to recommend if you are trying to convert your non-smart HD or Full HD TV to a smart TV. In my opinion, the Fire TV Stick 3rd Gen gets the basics right for a streaming device and stands out among other streaming devices in this segment.