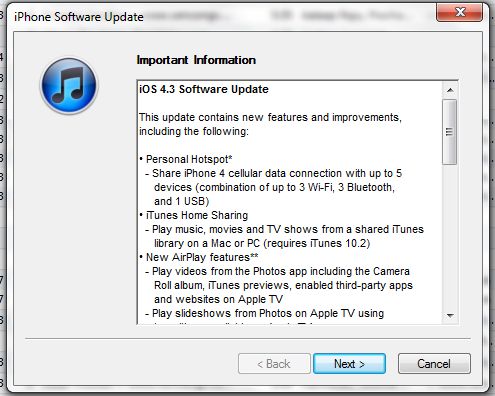 Apple announced the major iOS 4.3 update in its iPad 2 event. Today Apple released the new iOS 4.3 update for its iOS devices. The iOS 4.3 brings the much awaited Personal HotSpot feature to the iPhones and Faster Safari performance with Apples new Nitro JavaScript engine.

This update contains new features and improvements, including the following:

P.S: The new update is only compatible with the following devices such as