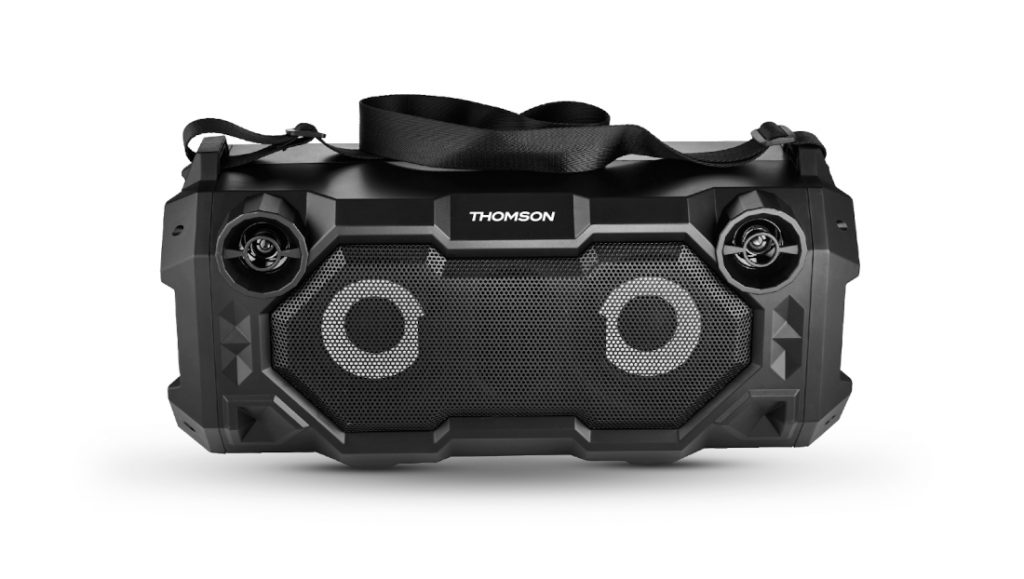 The Boombox BBX03 are truly wireless speakers with dual 3 inch woofers and two passive radiators for a deep, punchy bass. It can last nearly 5 hours on a single charge and there is a microphone in port for karaoke. To add more output power, two BBX03 speakers can be connected, doubling the total power to 70W.

The Thomson Audio Boombox BBX03 is available for purchase at price of Rs. 4999 from Flipkart.

We are thrilled to introduce Boombox BBX03 Speakers in the Indian Market. The new launch of the party speakers are in sync with the expansion of the product portfolio and targets the millennial, music enthusiasts and their requirements. There is a stiff competition in the Audio segment for wireless Bluetooth speakers thus, high quality products with best technology, look and style are also of high significance.