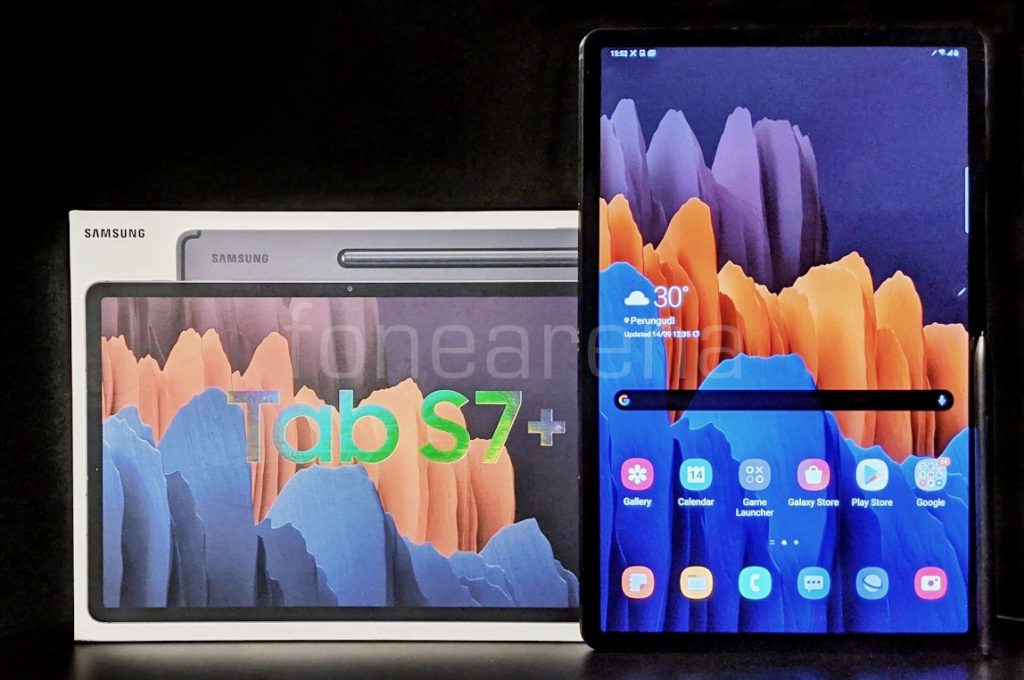 Alongside the Galaxy Note 20 series, Samsung announced Galaxy Tab S7+ featuring S-Pen and a gorgeous 120 Hz refresh rate screen. It was also launched in India recently. We unboxed the Samsung Galaxy Tab S7+, and here is our first impressions. 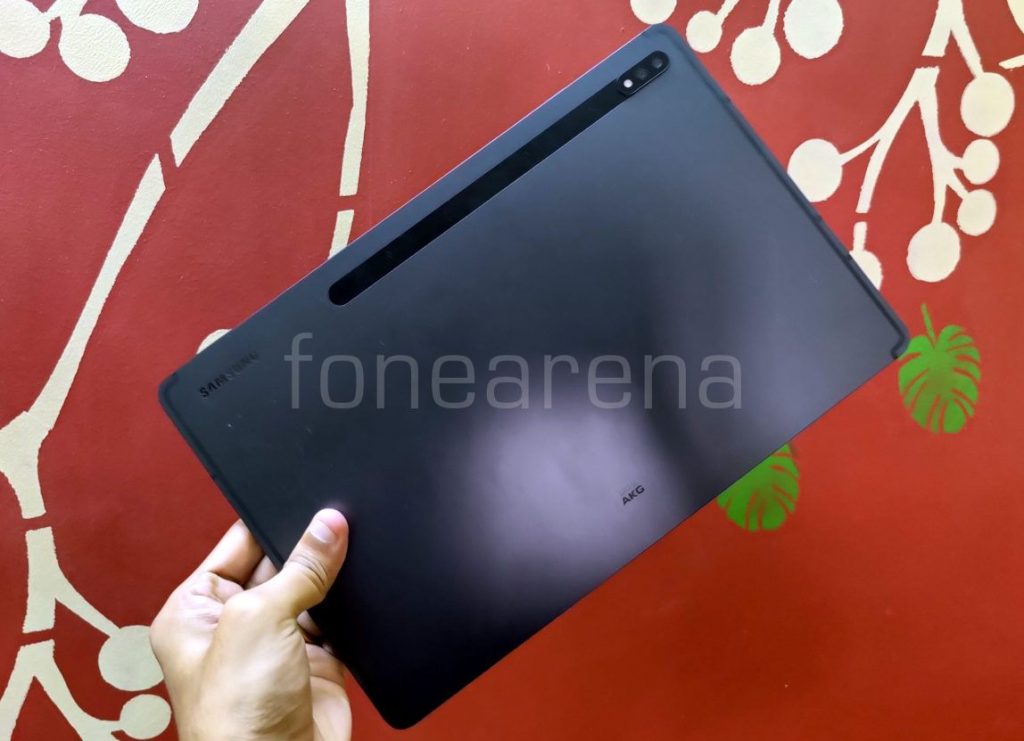 The Samsung Galaxy Tab S7+ has a brushed aluminum unibody design and it looks amazing. The Tab is flat on both front and back. It is sleek, huge, and a bit heavy at 575 grams. The rear side attracts a fingerprint magnet. 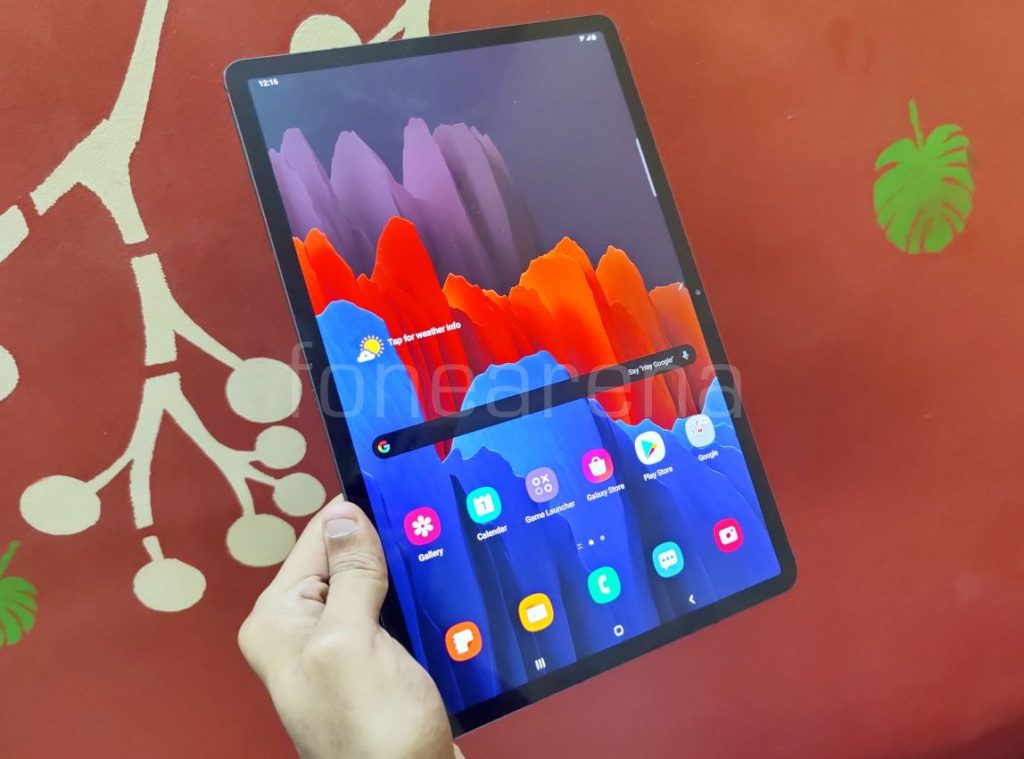 The front side is occupied by a 12.4-inch (2800 x 1752 pixel) WQXGA+ 120Hz Super AMOLED display offering 266 pixels per inch density. It has a uniform bezel on all the sides, resulting in an 84.6% screen to body ratio. The fingerprint scanner is under the display near the bottom if you are holding the tablet in portrait orientation or right side in landscape orientation. 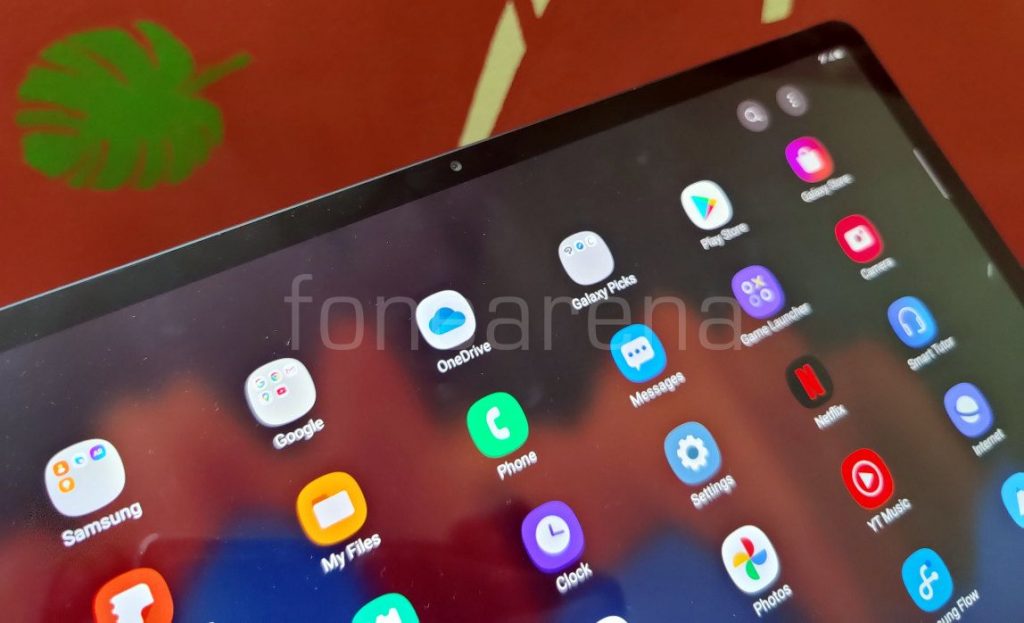 The 8MP front camera is housed on the bezel – right side if you choose portrait orientation or at the top, if working in landscape mode. 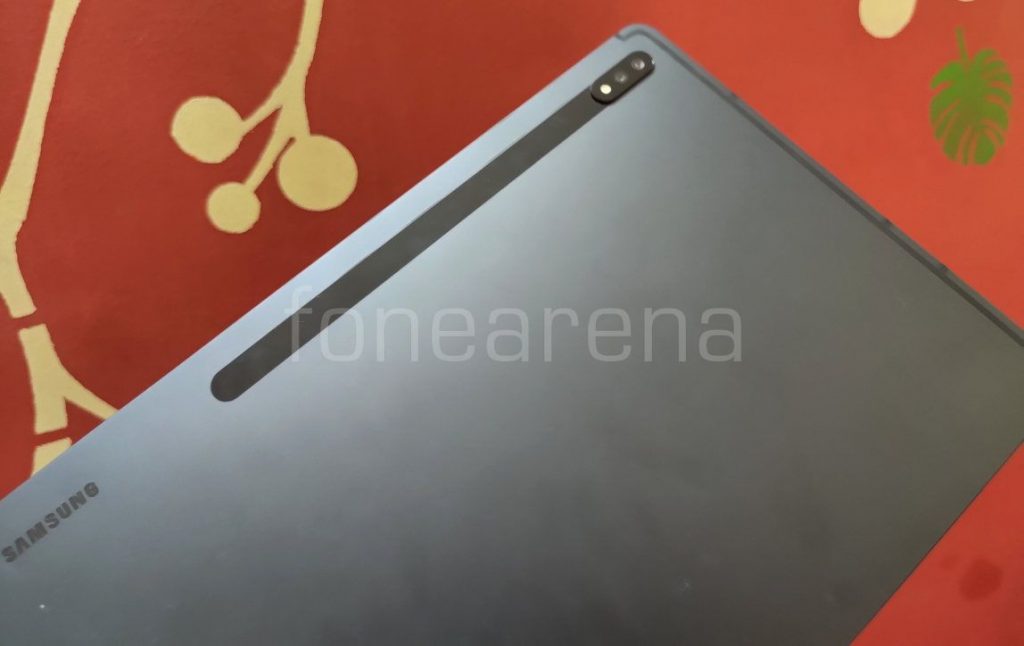 Turning back, we have the camera module — 13MP camera with f / 2.0 aperture, LED flash, 5MP 123° ultra-wide camera with f/2.2 aperture. Apart from the modules on the top left, we also have a vertical magnetic strip to attach S-Pen right below it.

In terms of specifications, the Tab S7+ is powered by an Octa-Core Qualcomm Snapdragon 865+ 7nm Mobile Platform with Adreno 650 GPU under the hood. It comes in 6GB RAM with 128GB storage, expandable memory up to 1TB with microSD. To make the entertainment more immersive, Samsung has opted for the Quad speakers tuned by AKG, Dolby Atmos.

The connectivity options include 5G SA/NSA, 4G LTE, Wi-Fi 802.11 ax, Wi-Fi Direct, Bluetooth 5.0, GPS + GLONASS, Beidou, Galileo, USB Type-C. The entire hardware is powered by a 10,090mAh battery with 45W Fast Charging support. It is priced at Rs. 79,999 and is available from Flipkart, Amazon and Samsung Shop. The company is selling keyboard cover for Rs. 17,999