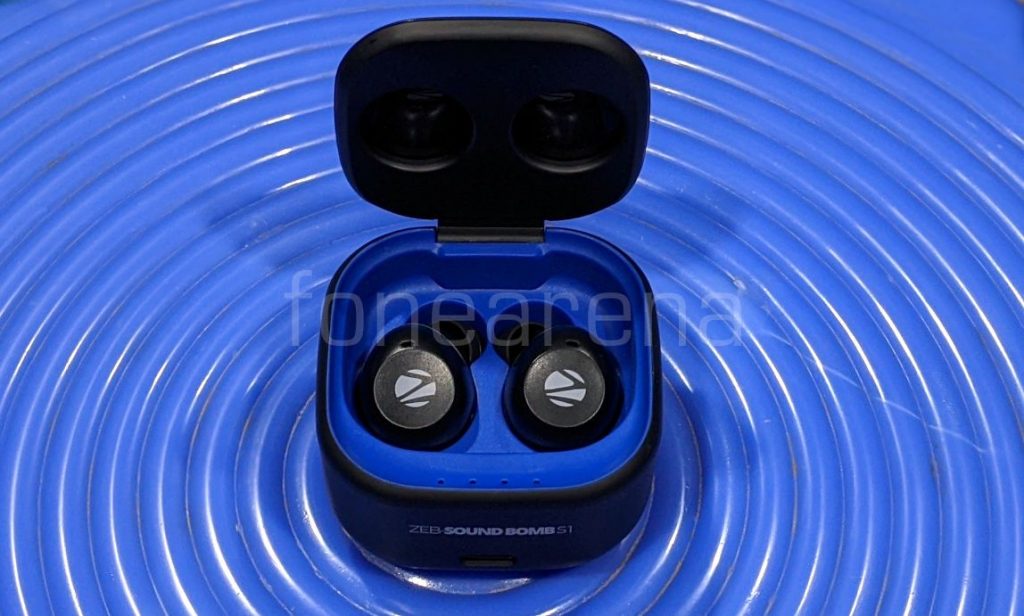 Back in 2017, Zebronics, a company known for its IT peripherals, Audio/Video products launched its first-ever wireless stereo earphones ‘AirDuo’ in the Indian market. Post that, the company launched a couple of TWS — Sound Bomb and Sound Bomb Z1 to capture a chunk of market share in this growing TWS market. 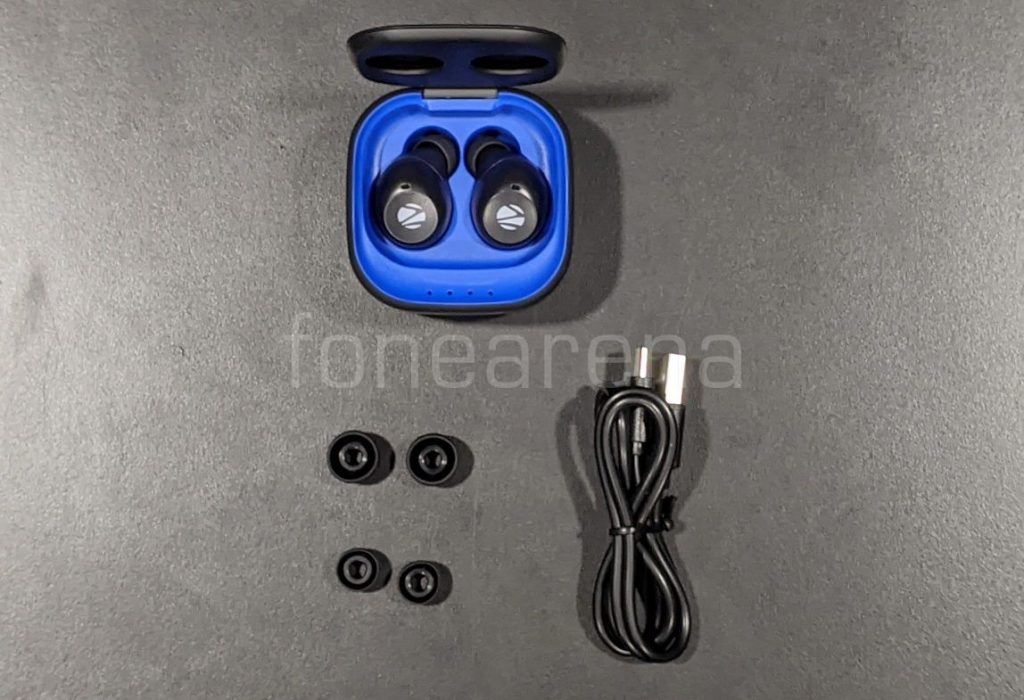 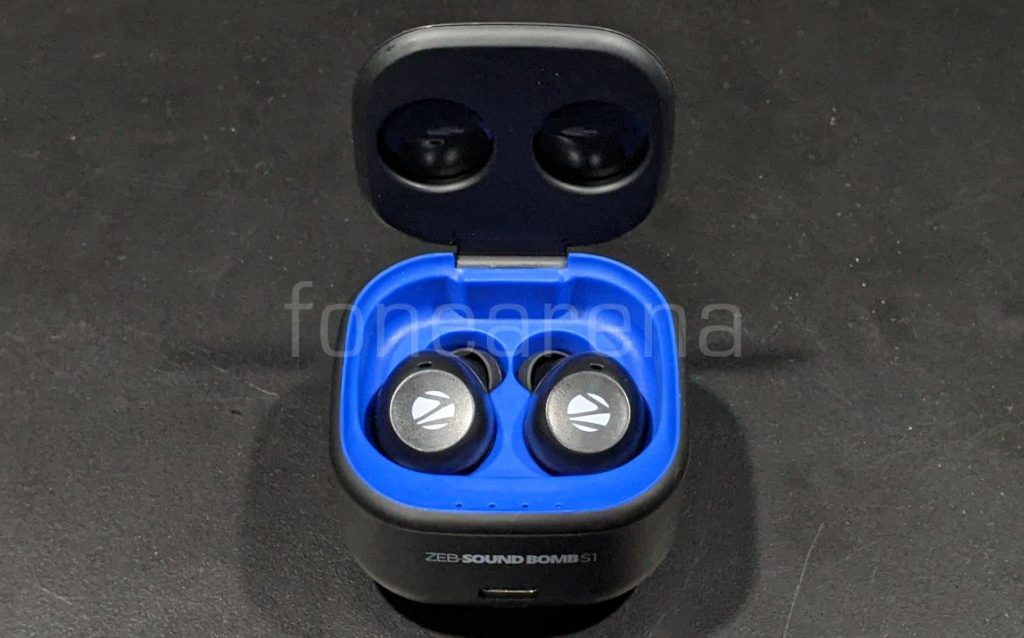 Like many other TWS, you can expect a similar packaging — a small plastic box that fits well even in your shirt pockets if you have any! The TWS case features a square-ish boxy shape with a matte finish and two-tone design (Black and Blue). It doesn’t attract fingerprints or smudges, weighs just 46.5 grams. It’s worth mentioning that it has no IP certification but it is splash resistant.

Inside, we have earbuds that are quite light with in-ear design. Due to its nature of design, these fit your ears firmly and doesn’t fall off easily during workouts or even when running. You also get 2 additional silicon tips to suit your ear canals.

The earbuds have LED lights that glow in white and red colors. It also has a multifunctional touch button on both the earbuds that lets you play or pause music, increase/decrease volume, accept or reject calls, and activate the assistant. The procedures are given clearly on the user manual. 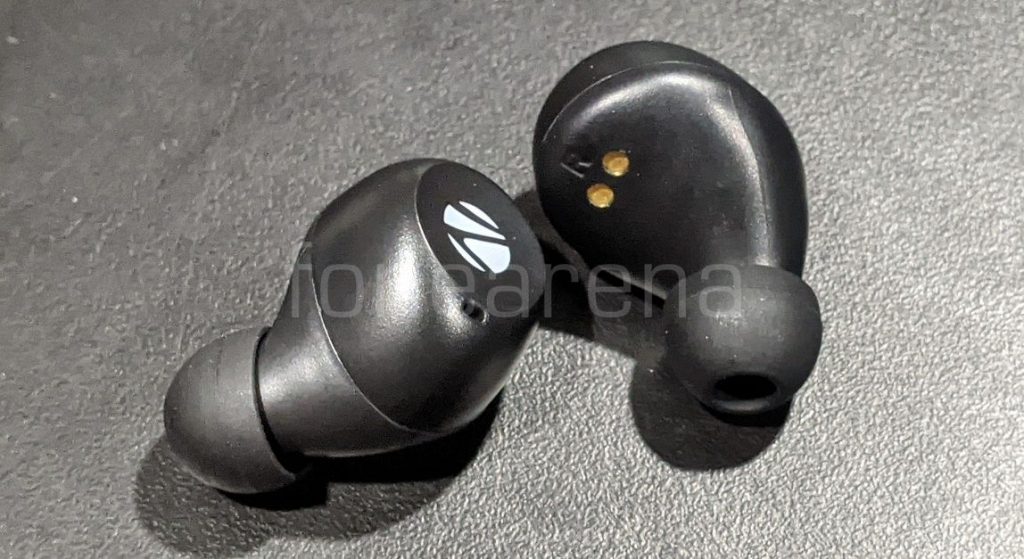 In our experience, the feedbacks worked perfectly with no complaints! Setting up the earbuds is a straight forward process. For the internals, the earbuds are powered by 6mm drivers, features Bluetooth 5.0. Passive noise cancellation is on point due to in-ear design. The Sound Bomb S1 offers fairly good audio quality with bass and volume on the heavier side at this price point. Overall the audio quality is better than expected in most conditions. 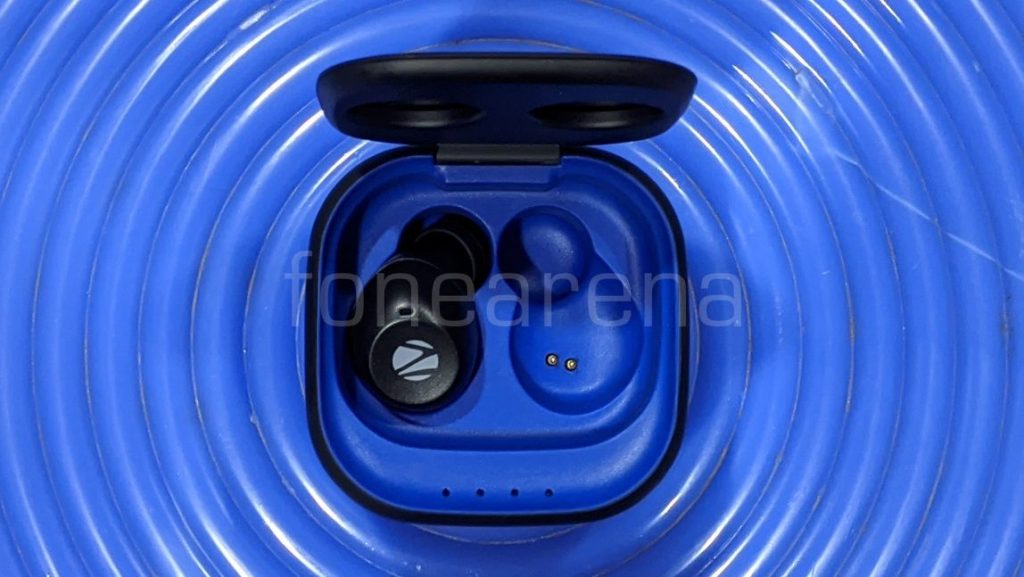 We did not face any connectivity issues or latency issues when listening to music or video playback, but there is no dedicated low-latency mode for gaming, which is common even in budget earphones these days. The earbuds have a tiny microphone on the sides which is decent in most cases in picking up your voice clearly for calls. Each earbud can be used independently. You can remove anyone earbud from the charger case, it automatically becomes a master earpiece. The headset doesn’t have a companion app, but you can launch Siri on iOS and Google Assistant on Android devices as well. 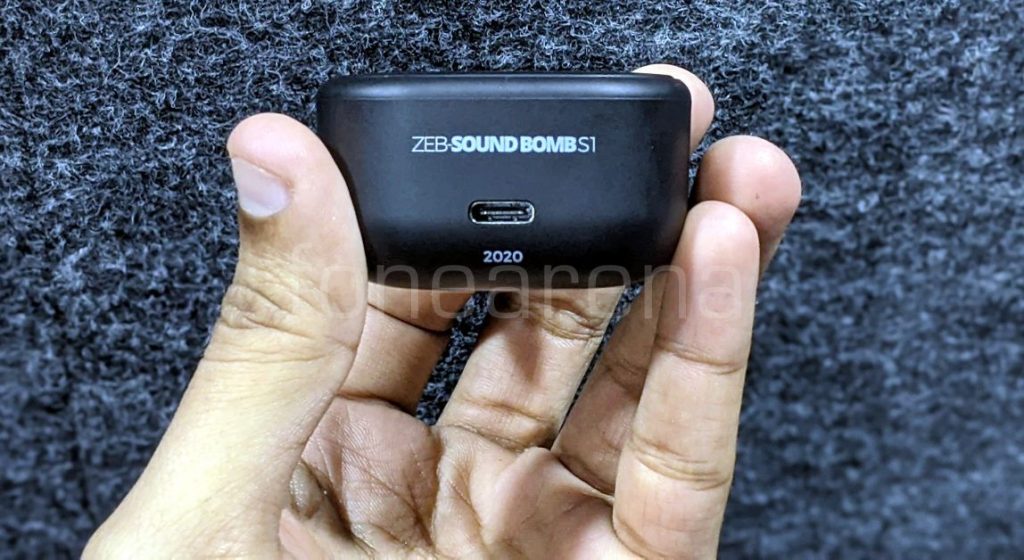 The company promises about 18 hours of battery life with the case, and we managed to get somewhere around that on a single charge with about 70% volume, which is good. There are four LED lights on the front of the charging case to let you know about the case’s battery status.

Priced at Rs. 1,599, the Zeb Sound Bomb S1 is currently one of the best value-for-money TWS earbuds with a fairly good audio quality and decent battery life. You can get it on Amazon.in or Flipkart.