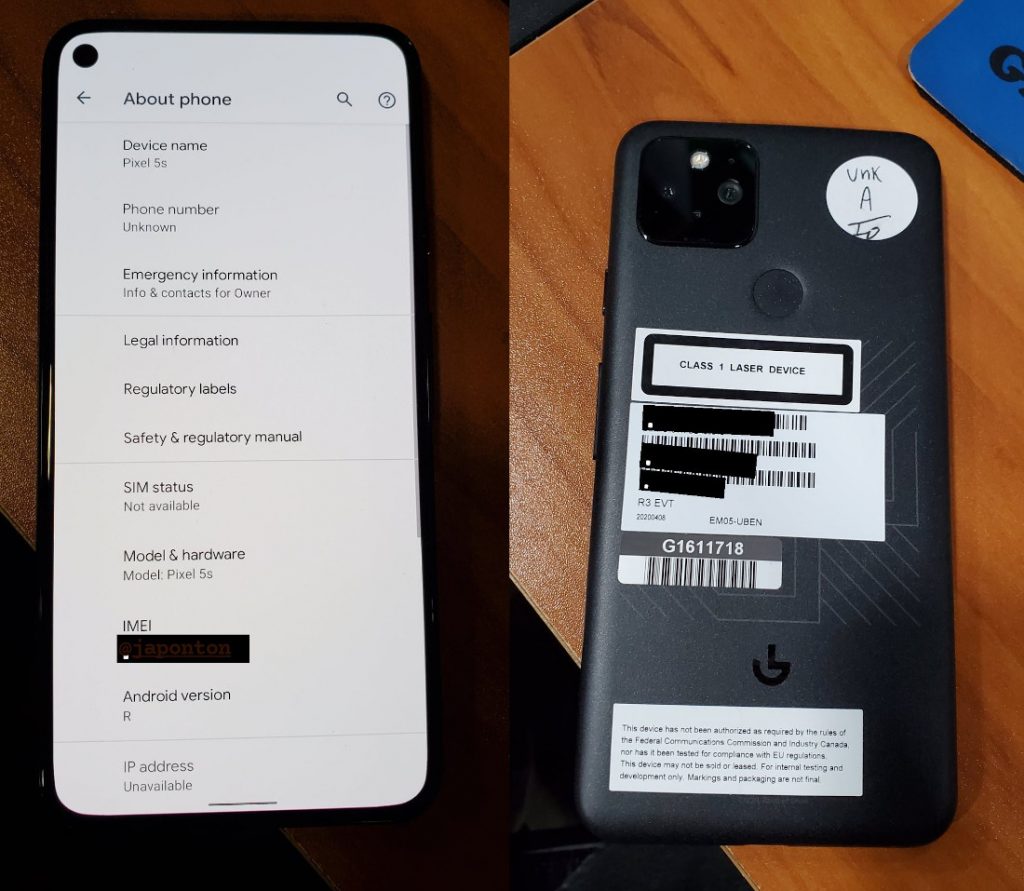 Google already confirmed that Pixel 5 will be introduced in late 2020. Now a new Pixel 5s live image has surfaced online. This reveals a similar camera design and rear-mounted camera design as the Pixel 5, so it is not clear if there will be internal changes to this phone.

However, XDA Editor says that FCC listing shows four model numbers, and two models GD1YQ and G6QU3 support mmWave (on bands n260 and n261) along with sub-6GHz 5G, so this version could be called Pixel 5s, while the other could be Pixel 5.

We should wait for few more weeks to find out if Google is planning to launch different versions of its Pixel 5 smartphone.