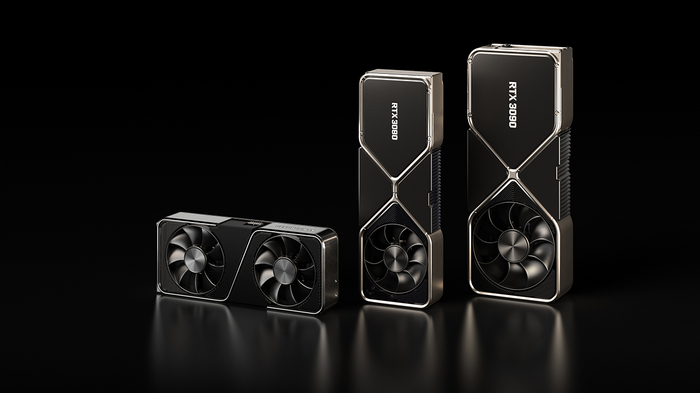 NVIDIA has finally the wraps off their next generation GeForce RTX graphics cards and the performance leap is quite significant. The new RTX 30 series GPUs are based on NVIDIA’s new Ampere architecture, enabling up to 2x the performance and 1.9x the power efficiency when compared to the previous Turing-based generation GPUs. 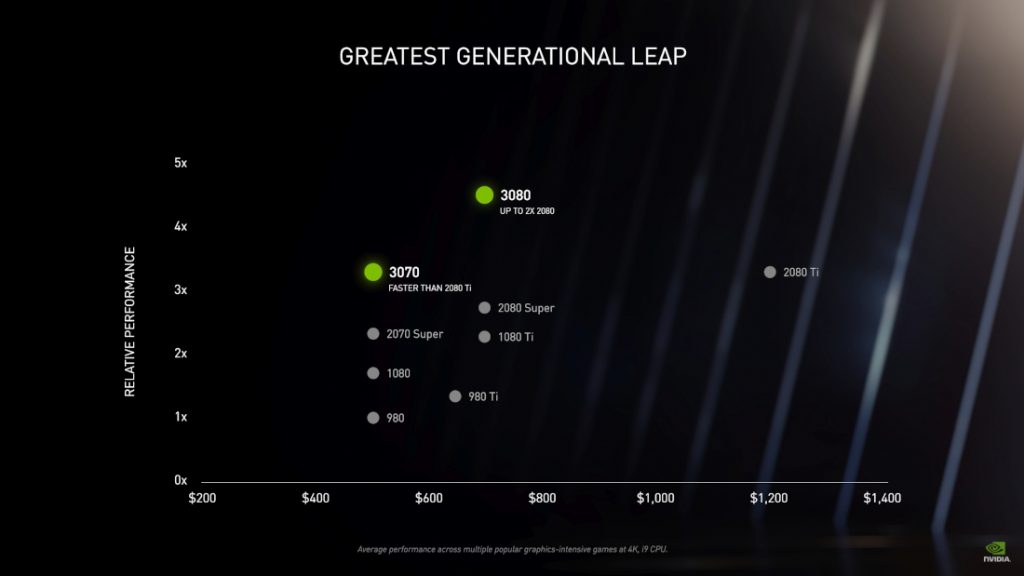 NVIDIA has engineered faster memory for the RTX 30 series cards, called GDDR6X that can provide data speeds of nearly 1TB/s system memory bandwidth for graphics card applications. This is complimented with NVIDIA’s RTX IO, which is their technology for rapid GPU-based loading and game asset decompression.

NVIDIA also showcased three complimentary software during their launch event including NVIDIA Reflex that can reduce system latency by up to 50 percent, NVIDIA Broadcast that provides a quick and easy way to stream, and NVIDIA Omniverse Machinima that enables the creation of cinematic sequences using game assets. Some of the other features with the 30-series cards include HDMI 2.1 and support for AV1 Decode.