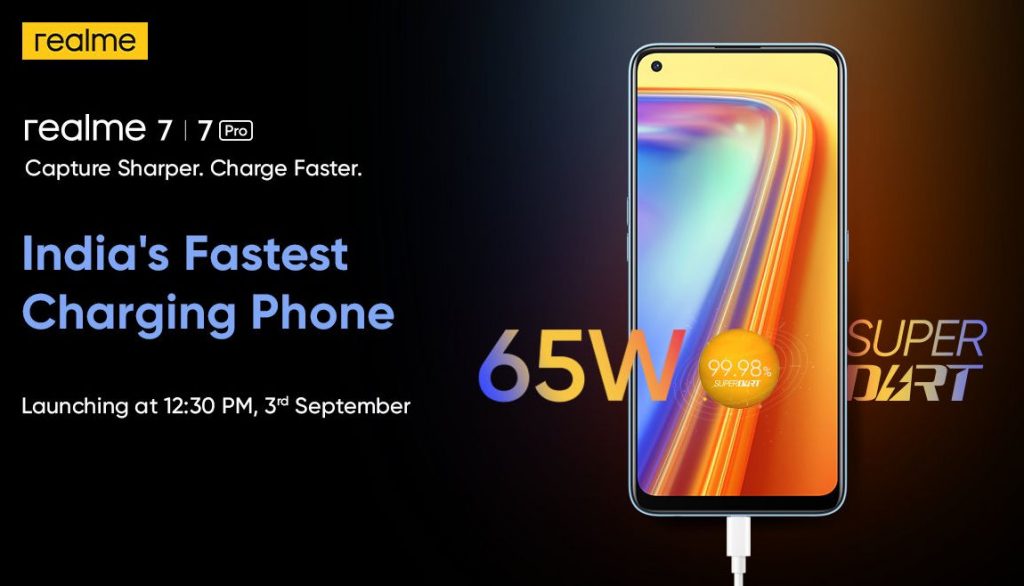 After teasers, realme has confirmed that realme 7 and realme 7 Pro smartphones will be launched in India on September 3rd. The teaser shows a punch-hole display and 65W Super Dart fast charging for the realme 7 Pro. The company has also confirmed 2nd Generation 64MP Quad Camera arrangement for the phones. 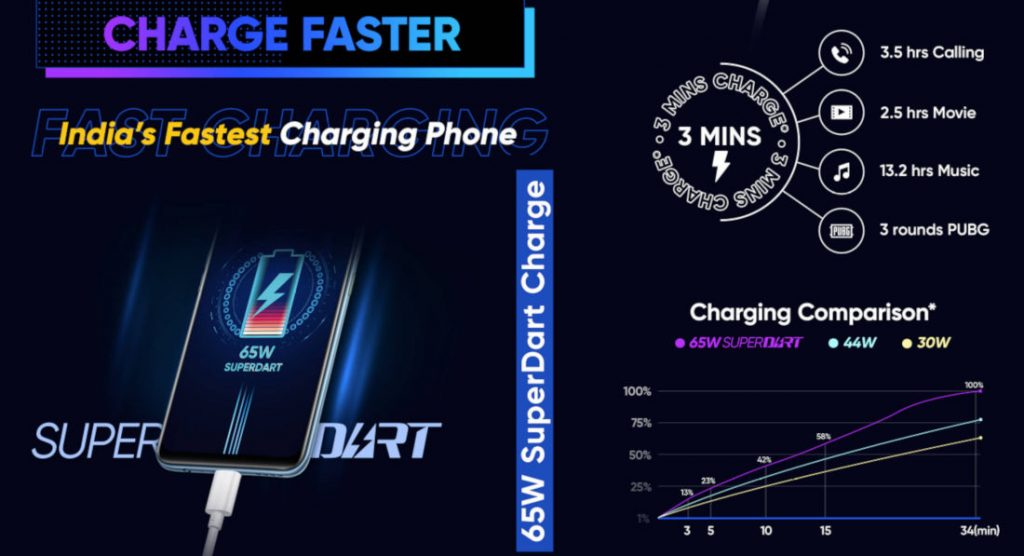 The realme 7 Pro will be one of India’s fastest charging phone that can charge from 0 to 100% in 34 minutes. 3 minutes of charging will offer 3.5 hours calling, 2.5 hours movie, 13.2 hours music and 3 rounds on PUBG, says the company. The company’s CEO says that it will be the best mid-range flagship with India’s fastest charging. The phone has passed TUV Reinland certification. 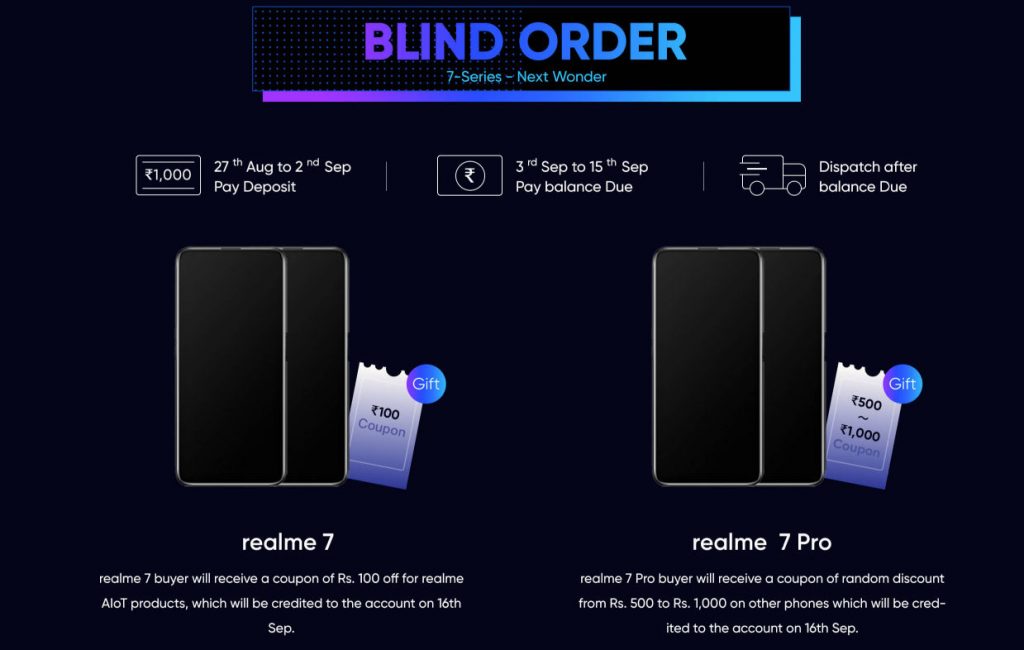 It has announced blind order sale for the phone from August 27th to 2nd September on realme.com that will allow you to pay Rs. 1000 and get 100% chance to buy the phone in advance, and pay the remaining between September 3rd and 15th to get the phone. realme 7 Blind Order users will get Rs. 100 off on realme AIoT products and the realme 7 Pro Blind Order users will get Rs. 500 to Rs. 1000 random discount coupon for phones.

The phone will be sold on Flipkart in addition to realme.com. We should know all the details including the price on September 3rd.