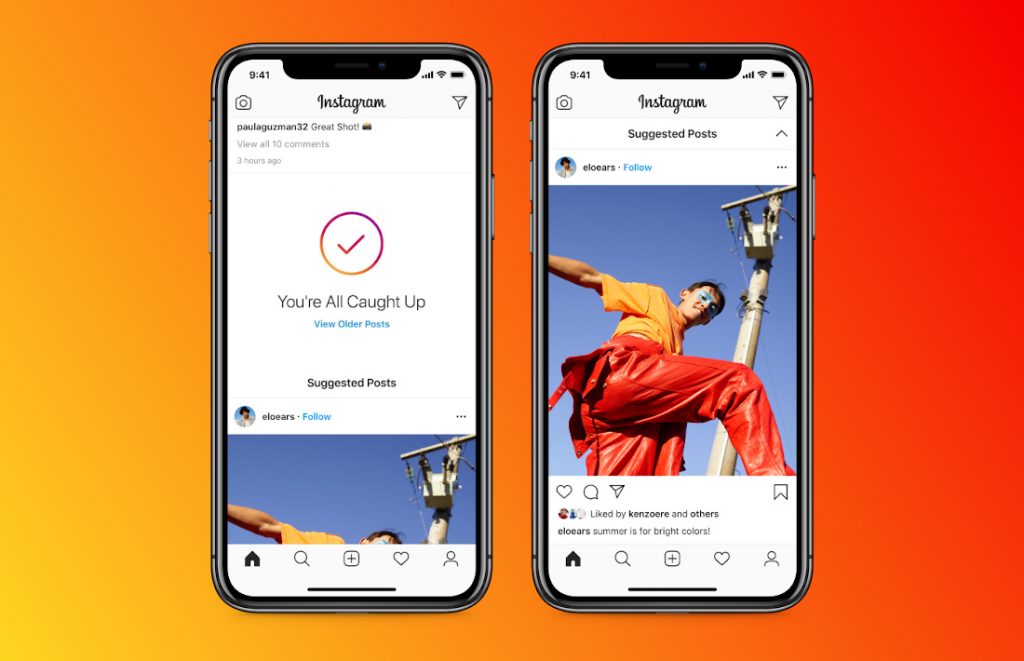 Instagram has begun rolling out a new feature on their platform called Suggested Posts. It is essentially a new place to display ads on the app – at the end of your feed. Previously the app would simply show a “You’re All Caught Up” notice when you reached the end of your feed and now, it will begin showing suggested posts below the notice.

The “You’re all caught up” feature was introduced to help users from over-spending their time on the platform by clearly informing them that they had seen all recent posts of the accounts they follow. Instagram, as well its parent company Facebook, also introduced tools to help users keep track of their social media usage.

Instagram’s Suggested Post’s will be shown below the clearly visible “You’re all caught up” notice, ensuring the user know’s what they are seeing. These suggestions will be based on the user behaviour like their saved or liked posts and even based on posts from accounts they follow.

” on Android above the post and tapping “Not interested”. Users will also see a button ” View Older Posts” if they wish to skip the suggested posts and see older posts.

Suggested Posts will be rolling out globally today to all Instagram users.