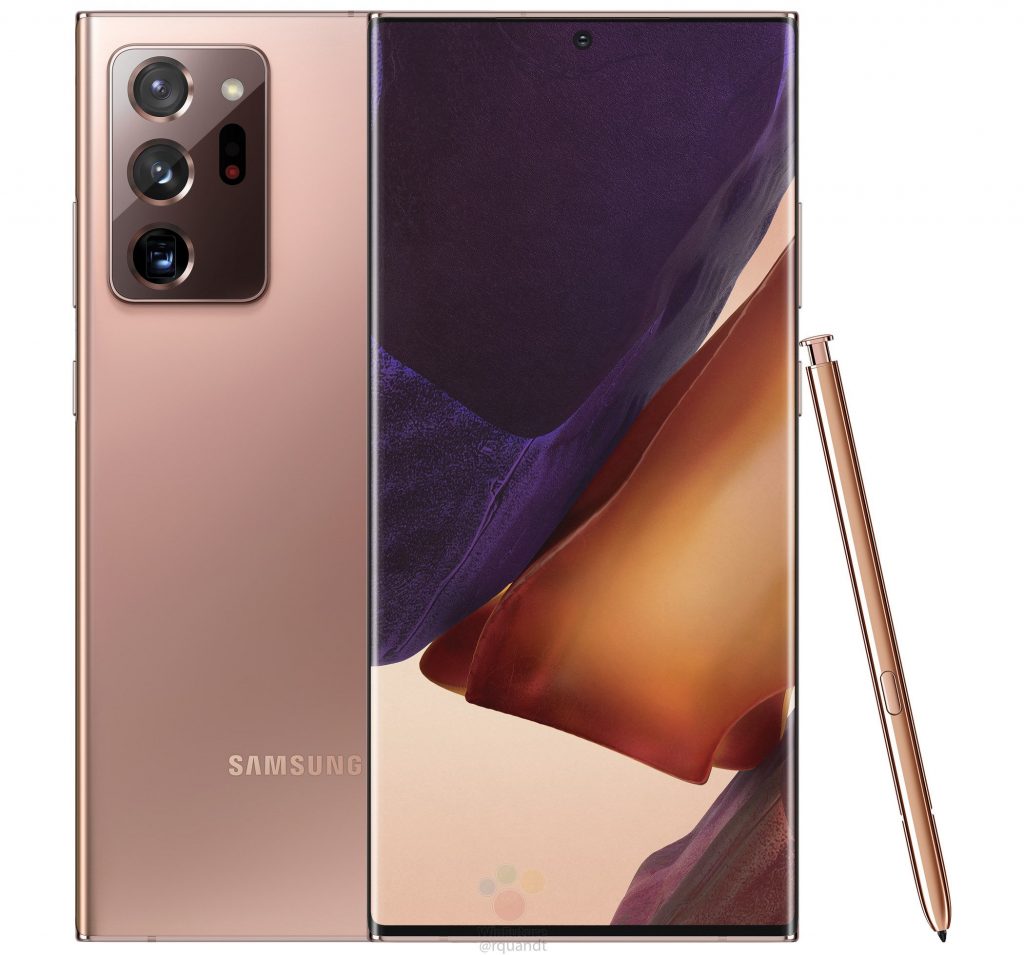 Samsung is all set to unveil the Galaxy Note20 series at an online event on August 5th. Now the specifications and press images of Galaxy Note 20 Ultra have surfaced. This reveals an upgraded S Pen 9ms response time, automatic Microsoft OneNote synchronization and support for range of gesture commands. Microsoft’s upcoming ‘Project xCloud’ and Xbox Game Pass will allow users to play more than 90 games on the smartphone via cloud. 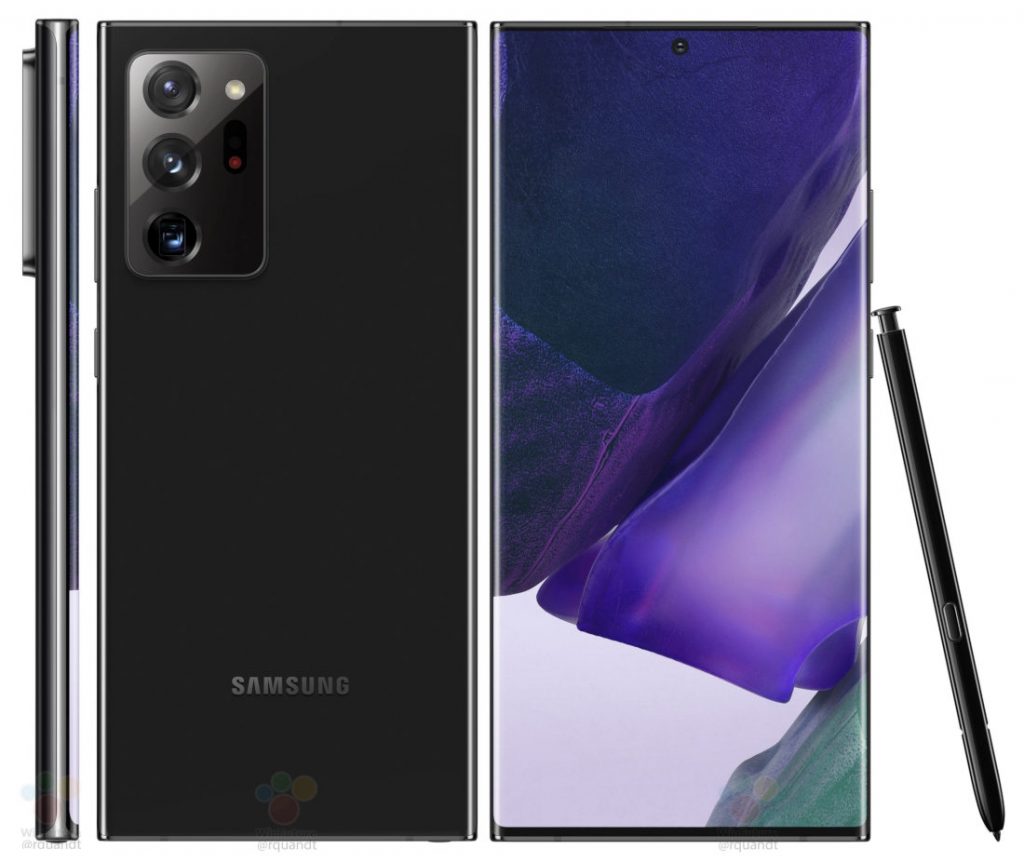 The Samsung Galaxy Note20 series is said to be the first to use Corning Gorilla Glass 7 protection. Even though US market is said to get Snapdragon 865+ SoC, Europe and Asian market is said to stick to Exynos 990 SoC. It is said feature a 108MP rear camera that was first introduced in the S20 Ultra along with a 12MP ultra-wide sensor, but the 48MP telephoto lens with 100x space zoom will be replaced with a 12MP periscope lens and 50x space zoom.

The Samsung Galaxy Note20 Ultra is expected to come in Mystic Black and Mystic Bronze colours. We should know the price when it goes official in a couple of weeks.