The Worlds Simplest Phone , that’s what the design team over at John Doe Amsterdam claim it to be. Now honestly speaking , i need my smartphone dose daily and depend on them for my calendar , twitter , internet dosage A LOT ! But for the sake of this review, i’ve tried to use the John’s Phone exclusively for as long as possible to be able to give an honest judgment on the device. 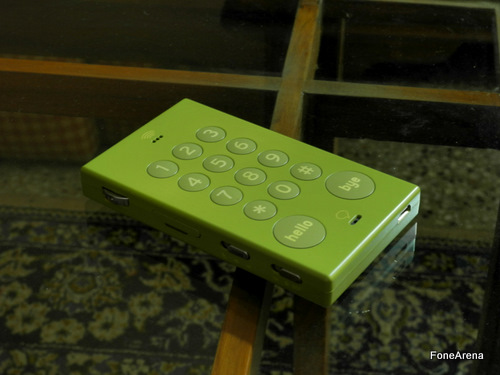 To start off, the John’s phone is more basic than any phone that you have probably used. Not only do you forego all features like color screens, internet, you can’t even send SMS messages. So if you are addicted to texting, don’t even consider this phone. John Doe has made it sure that the phone is focused on only one task and that is calling. The front of the device is dominated by large number keys and call, hang-up keys. After years of typing out messages on tiny QWERTY keyboards and touchscreens, the gigantic keys on the John’s phone take some getting used to but are definitely a refreshing change from the norm. On the right hand side there are sliding switches to unlock and lock the phone and to power on the device. Above the sliding switches a jog wheel adjusts the volume. 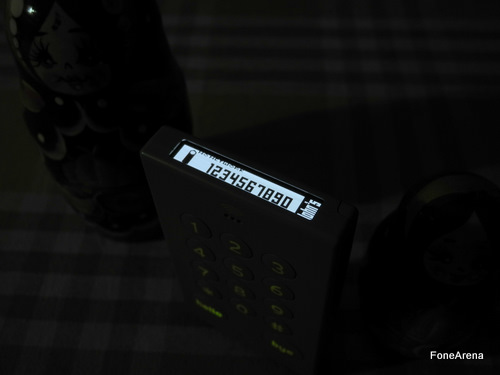 The top of the device has a calculator like monochrome screen. The screen shows just the number of the person calling along with battery and network information. No, you cannot view or even save any contacts in the phone. The screen shows Tamagotchi like animations on startup and shutdown and also while charging. The backlight is very strong and there is no difficulty in viewing the numbers even in bright sunlight. The bottom of the phone has a micro USB slot which is used for charging the phone and doubles up as a slot for the included pair of earphones. 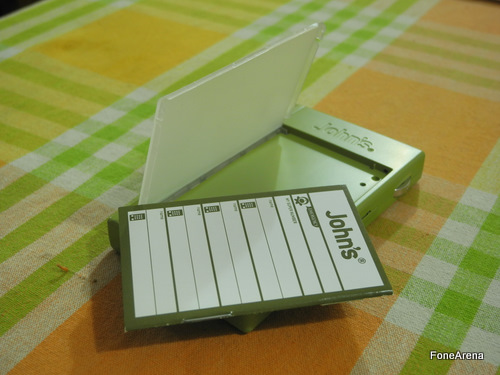 The John’s Phone comes with an non replaceable battery but due to the rather limited abilities of the phone, it is able to last almost three weeks on standby! The back of the device houses a small 32 page paper address book enclosed inside a translucent door. The phone book is a tongue-in-cheek affair with its sections for games and messages. In place of a stylus you get a pen inside the phone. 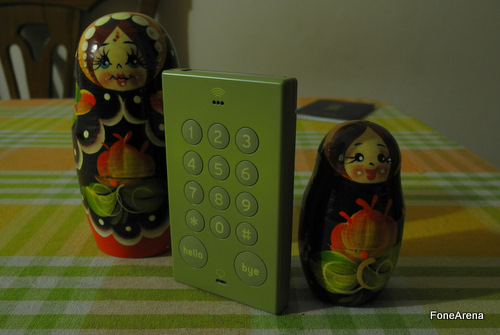 That’s about all there is to the John’s phone. All it does is make calls but excels at it. The sound quality is great and voice was clear on both ends in our testing. The phone has a retro appeal to it and multiple colors in varying hues do make it interesting to look at. The John’s phone is not meant to compete with the Android and iPhones of the mobile world, far from it. The phone is a throwback to the times when a phone was meant to do just that, make calls. It makes for a perfect gift for your grandparents and even for those who need a backup phone with them to throw in their backpack and make calls.

The price of the John’s Phone is about 80 Euros / 110 USD / Rs.5000 and that is asking a lot for a phone which does nothing but make calls. However , if you factor in the ease of using the device and the target demographic , the phone actually starts making a bit of sense. All said and done , this is definitely a unique device and it will be interesting to see how John Doe innovates in future generations of the phone.