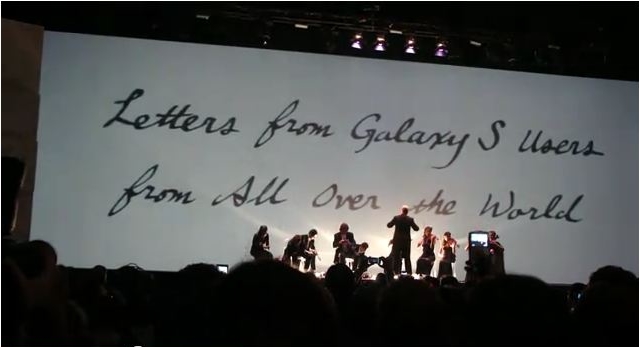 UPDATE: looks like there is a Galaxy S and a Galaxy Tab used in the performance !