realme announced the realme UI rollout schedule back in November and started rolling out the update for various devices in January. A few devices such as realme XT, realme X, realme 5 Pro and realme 3 Pro have already received Android 10 based realme UI update.

realme UI has grown rapidly since its development. Our developing team has invested a lot of efforts. And now it’s time to share it with you. 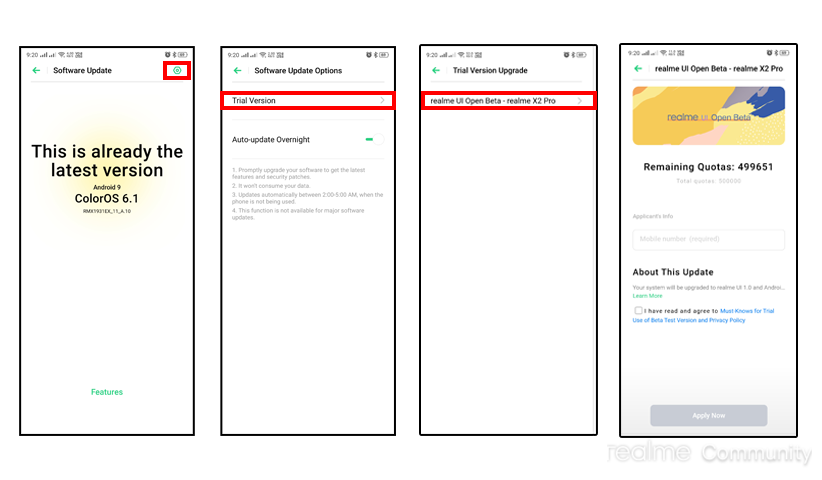 How to join open beta/ Guidelines

1. Download the Zip files provided in the realme community post. Extract and you will find two APK files.

2. Install both the APK files.

The company advises users to take a back up of their important data before proceeding and also warns that realme UI open beta updates might contain unknown risk and including third-party apps compatibility which might affect user experience as it is still under development.