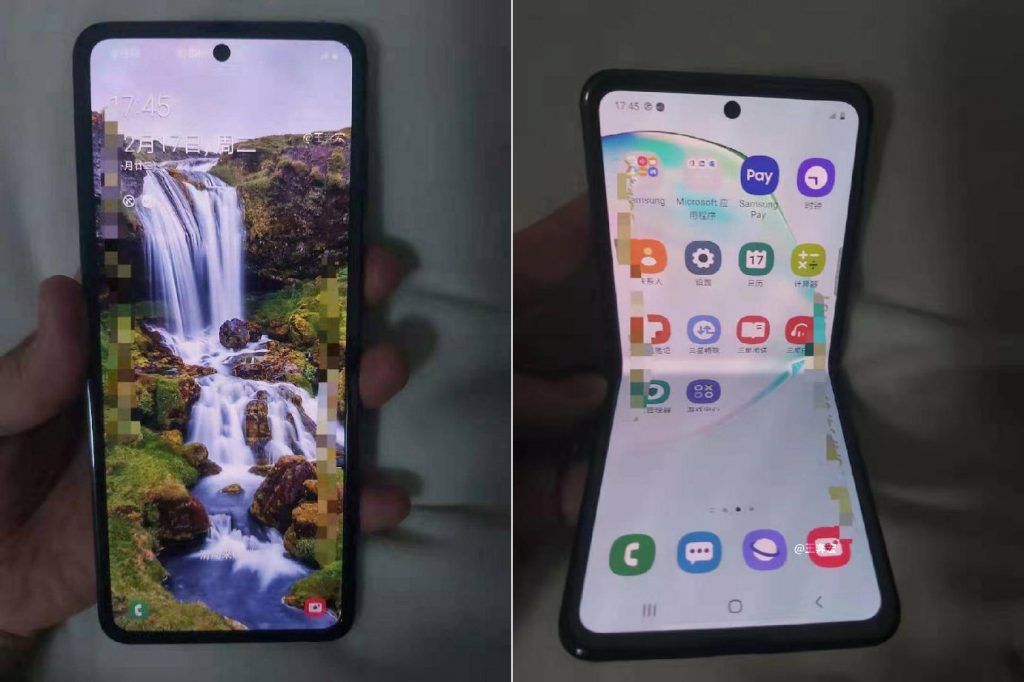 Samsung  at the Samsung Developer Conference 2019 (SDC19) back in October teased a new clam shell folding-screen form factor that it’s working on. Now the live images of the phone has surfaced in China. This shows the design of the phone that folds vertically to form a small and square form factor when closed. It also shows a punch-hole camera.

You can also see dual cameras on the outside and a small screen that shows time. This will compete with the new Motrola Razr which was introduced last month. Earlier rumors revealed that the phone is codenamed ‘Bloom’ with the model number SM-F700F, and is said to feature a 6.7-inch foldable display and a 1-inch cover display. Recent rumors said that it will sport a 108MP 1/1.33-inch ISOCELL Bright HMX image sensor for the primary camera.

The Galaxy Fold 2 is expected to be cheaper than the first-gen, and could be introduced at the Galaxy Unpacked event on February 18th.