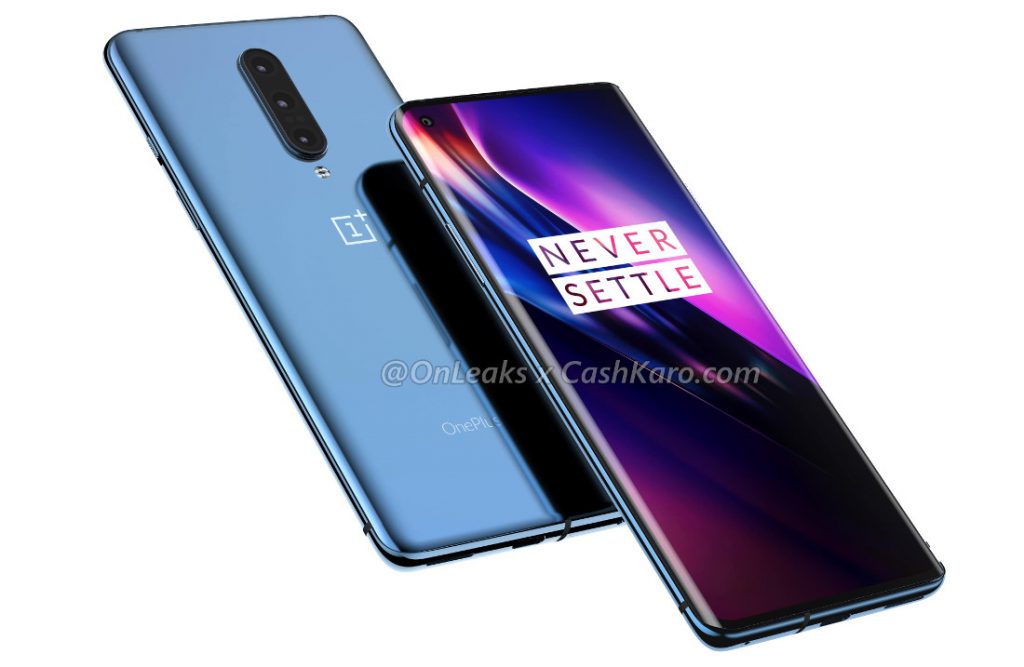 The OnePlus 7T is out in the open and is available for purchase! It’s not even a week since the launch, and we’re already getting a look at the next OnePlus device — OnePlus 8. The renders of the purported OnePlus 8 were leaked by infamous leakster @OnLeaks. 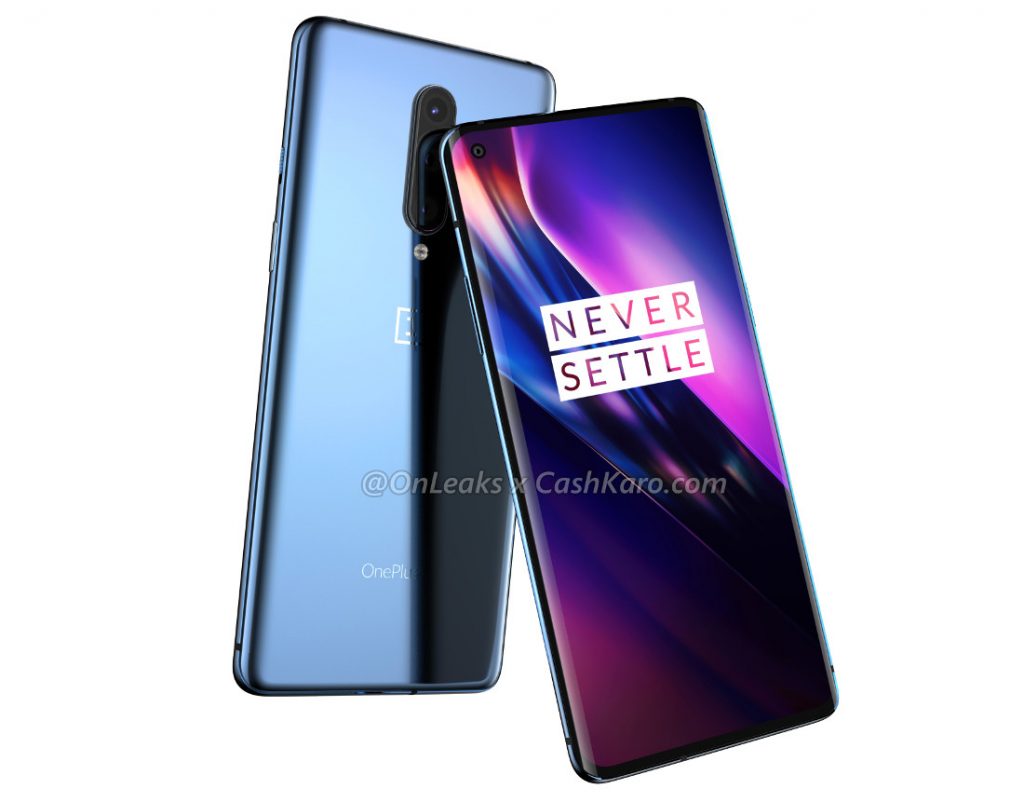 As per renders, it looks similar to the OnePlus 7 Pro, which was launched earlier this year, but with a couple of differences. First is the punch-hole camera in the upper-left corner of the display replacing the pop-up camera.

In this case, getting rid of the pop-up camera would leave space for a bigger battery or maybe a wireless charging coil. It’s worth mentioning that the much anticipated wireless charging will be featured in the OnePlus 8.

The second difference is the speaker grille at the bottom. Unlike OnePlus 7T (which has a grille), OnePlus has given a smoother edge to the bottom speaker in this model. Talking about the dimensions and screen size, the phone will measure about 160.2 x 72.9 x 8.1mm and feature a curved screen display that will be approximately 6.5-inch large.

All said and done, we advice you to take the above information with a pinch of salt since it’s still months away from the launch.