OnePlus has released OxygenOS open beta update 15 for the OnePlus 6T and beta 23 for the OnePlus 6 that brings several improvements, including the most expected DC dimming feature, as it had promised earlier. DC dimming essentially lowers the actual amount of power going to the display at lower brightness levels, generating less heat and, avoiding excessive flashing that causes eye fatigue. This feature can be enabled from Settings > Utilities > OnePlus Laboratory > DC Dimming. It also adds new features to Screen Recorder and Weather, along with bug fixes and stability improvements. 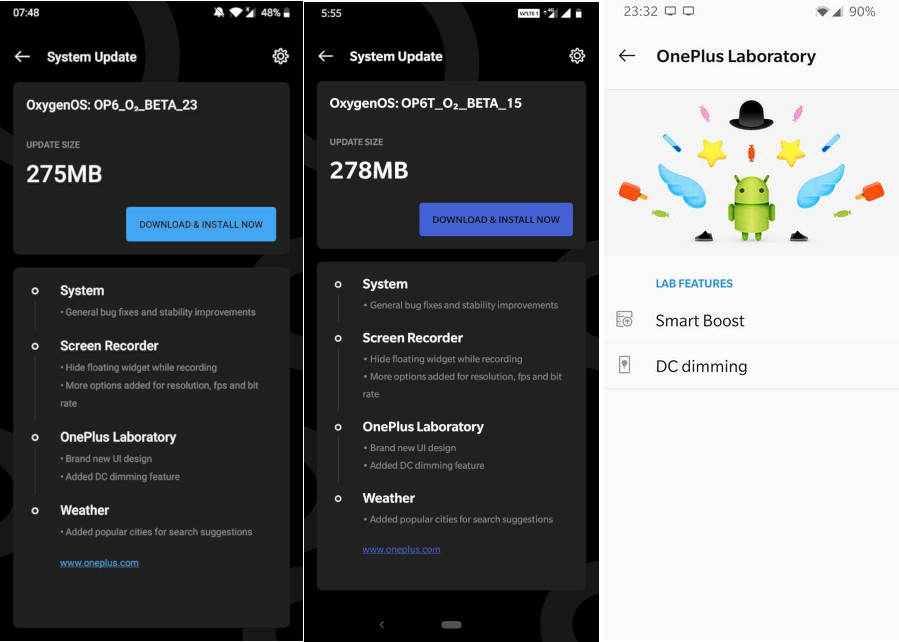 The latest OxygenOS beta update for the OnePlus 6 and 6T is about 275MB also includes the latest Android security patch for July, 2019. If you had already flashed previous beta build, you will get an OTA update, otherwise you have to flash the full beta ROM from here. Check out the complete changelog below.