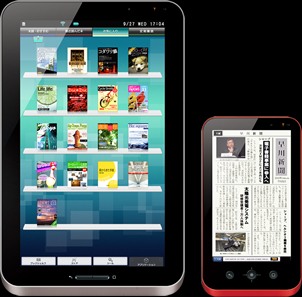 Sharp’s Android Tablet range – Galapagos is set to be launched outside Japan. The device was launched in Japan few weeks ago and I even managed to briefly play with one when in Tokyo. The device is available in 2 variants a – 5.5 inch and 10.8 inch version and we might see WiFi only and 3G models being launched. A Japanese newspaper talks about Sharps plans to launch the device and the Galapagos e-book service in USA first and then in India ,China and Brazil

Here is a video the device from Akihabara News from the Japan launch.

We should be hearing about this tablet and the global launch during CES this week.