As the companies have posted their earnings, International Data Corporation (IDC) has announced that smartphone vendors have shipped 310.8 million units in Q1 2019, down 6.6% compared to the same quarter last year, and this also marks sixth consecutive quarter of decline. 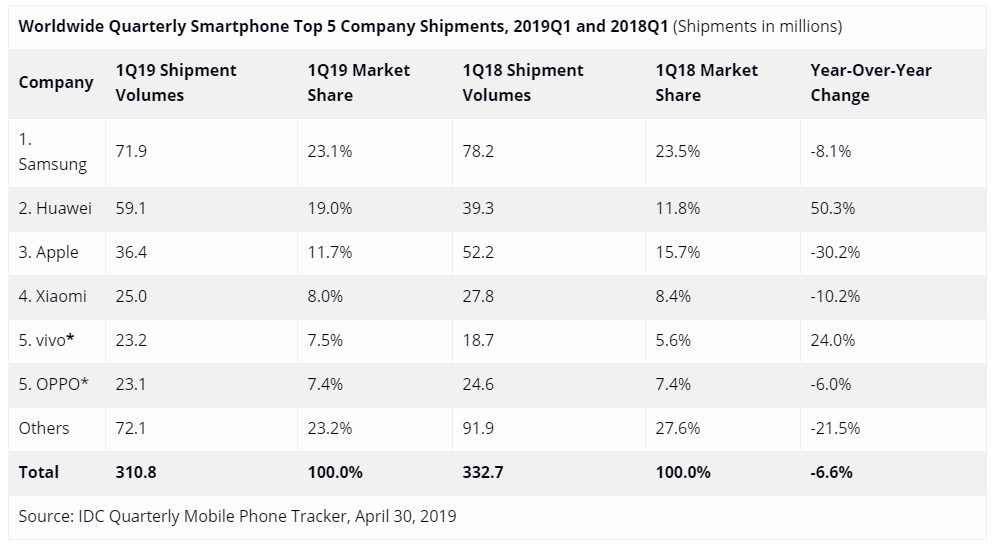 Vivo and OPPO grab the fifth spot with 23.2 million  and 23.1 million shipments, respectively. Vivo has posted 24% growth, with India continues to be its most important market outside of China, but OPPO has seen a 6% decline YoY.