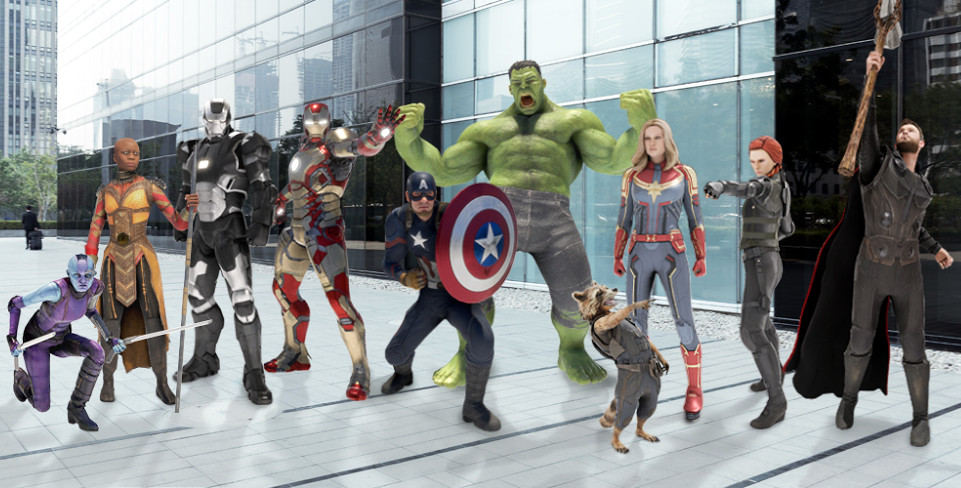 Ahead of much-hyped Avengers: Endgame movie, Marvel Studios and Playground, a creative mode in the Pixel camera gives users the power to create and play with the world around you, using augmented reality. In the recent update, five new characters join the existing set first introduced with the Pixel 3 in October.

Today, Google has added a Playmoji from the Marvel Cinematic Universe with five new characters: War Machine, Thor, Black Widow, Rocket and Captain Marvel. Having said that, the existing superheroes in the Playground pack include Iron Man, Captain America, Hulk, Nebula, and Okoye.

Thanks to ARCore’s motion tracking, light estimation and ability to understand the real world, the Playmoji look and feel lifelike, and react to your facial expressions in real time.

Moreover, Google has come up with a funny video reimagining the Marvel Cinematic Universe by exploring what would happen if Pixel 3 was launched into a world in need of a little assistance, alongside the Avengers. The company also created a #pixelendgame hashtag to share pictures and videos with the new superheroes.

You can get the Playmoji for Pixel by downloading Marvel Studios’ Avengers: Endgame pack.