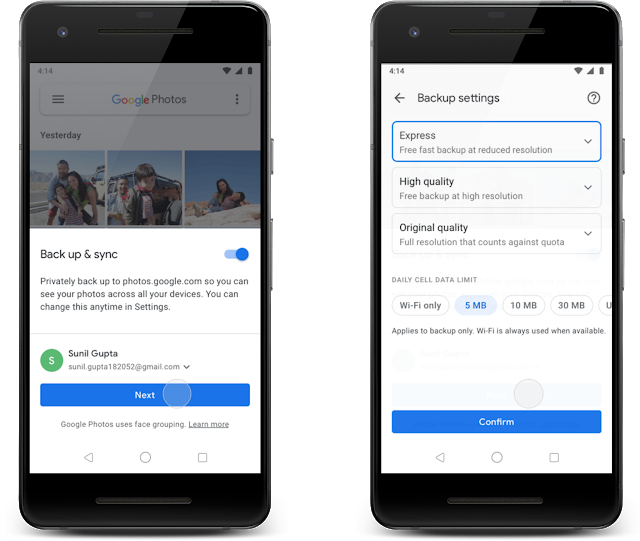 Finally, Google is rolling out Express backup in Google Photos to all the Android users in India. After testing the Express backup feature with a small percentage of people in the last December, the company has started releasing to a large number of users.

For the uninitiated, Express provides faster backup at a reduced resolution, making it easier to ensure memories are saved even when you might have poor or infrequent WiFi connectivity.

In an official blog, Google said, “Over the past week, we’ve started rolling out Express backup to more users in India and by the end of the week, Android users on the latest version of Google Photos should start seeing it as an option for backup”

Additionally, users will have the option to choose from the existing backup options: Original Quality and High Quality, as well. On top of the Express backup feature, the search engine giant is also launching a new Data Cap option for backup. This gives users more granular daily controls for using cellular data to back up. People can select from a range of daily caps, starting at 5MB.

“We’re starting to bring Express backup to dozens of other countries, rolling out slowly so we can listen to feedback and continue to improve the backup experience around the world,” added Google.