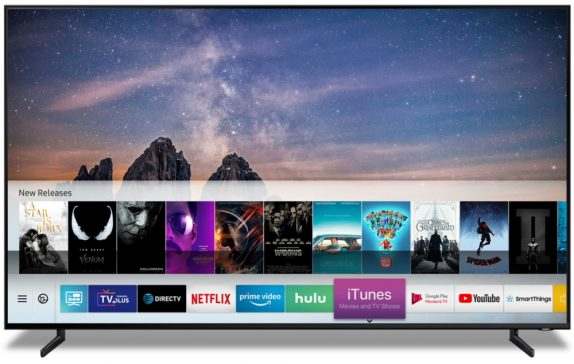 How good it would be if there’s a system for TVs where you do not see and/or need cable anymore. For this, Samsung is said to be working on a solution in the background, in the form of a wireless power transceiver. Samsung, back in 2018 has filed a patent with the WIPO (World Intellectual Property Office) for a wireless power transceiver and display apparatus with the same. 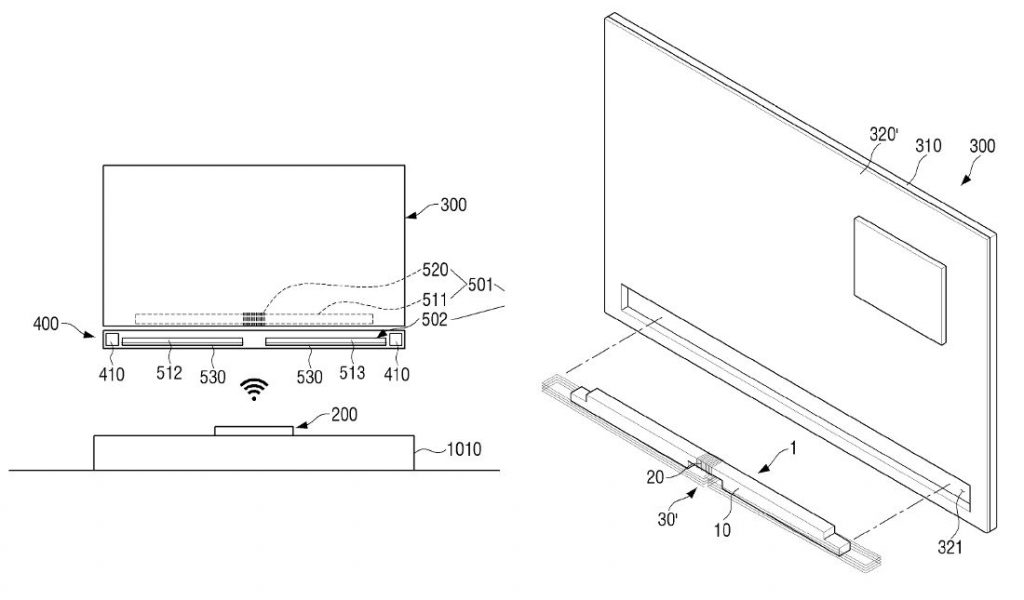 The patent was published on February 28, 2019, and describes a method to power the Samsung TV wireless. Normally this could be made possible by using a wide coil. However, TVs have become thinner in recent years, so there is simply no room in the thin housing to implement such a wide coil. However, Samsung patent reveals a television that is equipped with a wireless power transceiver in the form of a bar, which is mounted horizontally behind the television.

The wireless power receiver is connected to a separate box, where the wireless power transmitter is incorporated. It is configured so that it can generate a magnetic field at the power receiver. The box has the shape of a soundbar and should be placed within a certain distance from the television. For now, it is unclear when the first Samsung TV will be introduced without cables, but nevertheless, it might take a few months before it becomes a reality and sufficiently developed to be used in end products.