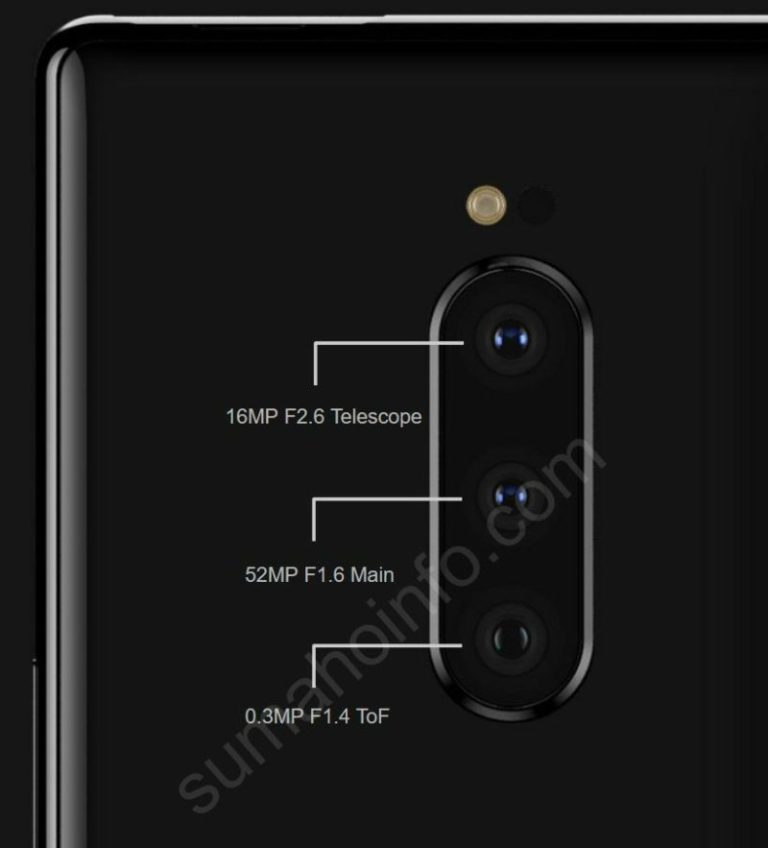 Sony is reportedly working on the XZ4 flagship which is rumored to launch at the MWC 2019 event in February. Before the official announcement, we see more details about the flagship surface. The Xperia XZ4 said to feature triple rear cameras.

The triple rear camera system on the XZ4 include a 16MP telephoto lens with f/2.6 aperture, a 52MP primary camera with f//1.6 aperture and finally a 0.3MP ToF sensor. The fact that the Xperia XZ4 comes with a 52MP sensor means that the 48MP sensor on the View20 or the Redmi Note 7 are no longer the highest regarding the number of pixels. The ToF sensor purpose is to raise the speed of autofocus.

The CAD-based render was posted on Reddit based on the live-images that were leaked earlier. Furthermore, rumors also suggest that the XZ4 packs a ToF sensor on the front, however, the exact optic details are unknown at the moment. Since the information that surfaced is from various sources, there’s no way to tell if they are legitimate, so it’s just speculation at the moment.