TRAI already announced that new DTH plans will come into effect starting February 1, 2019 allowing  TV viewers opt for only for the channels they want to watch. To make this switch easy for customers, Airtel Digital TV recently announced the a-la-carte pricing of the channels on its website last month.

This will enable customers to easily switch their plans on Airtel website or the My Airtel App or by calling the customer care team. With an aim to make this transition even more convenient and seamless for its customers, Airtel has announced that users can now do a QR code scan on their television screen and follow the instructions to choose new plans. 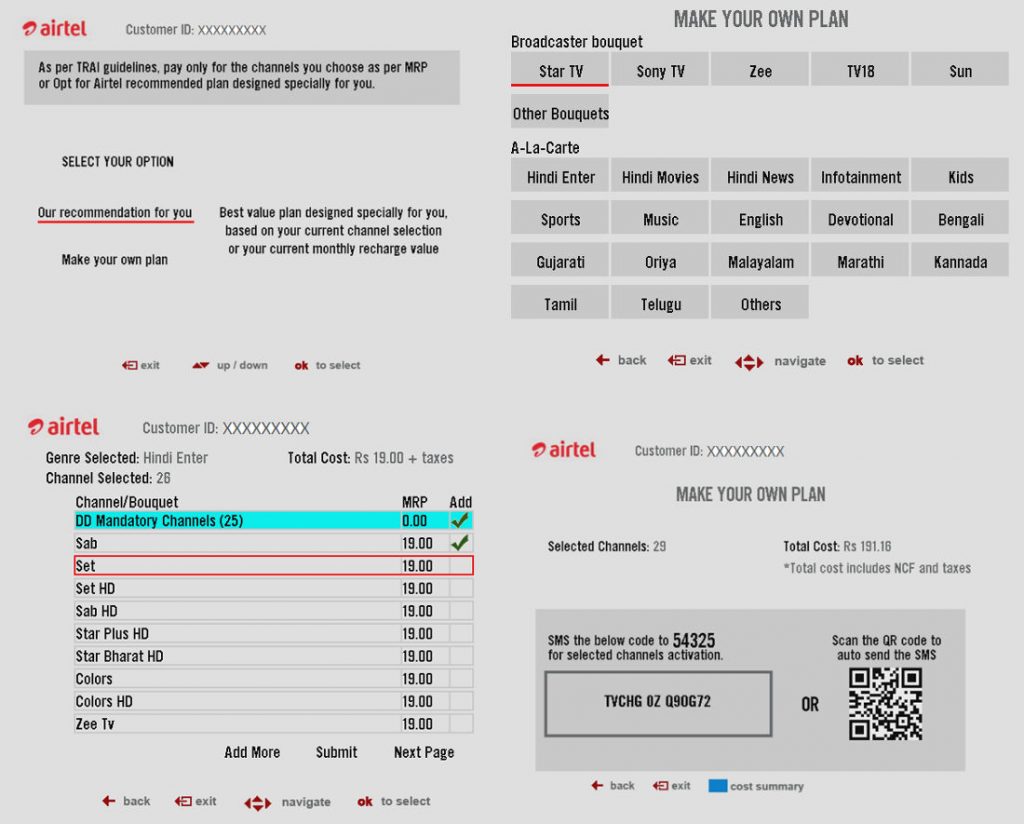 This offers recommended plans as per the new TRAI guidelines on channel number 998 on Airtel digital TV. You can view pricing for all the channels with its a-la carte price, select the channels you need and just scan the QR code shown to activate the selection. There is also an option to choose Airtel value plans which have been specially designed for customers based on the user’s current channel selection or current monthly recharge value.

After the channel or pack selection, customers have to just scan the QR code and send it to 54325 and the pack will automatically get activated starting February 1.

To scan the code, customers have to use their smartphone camera. In case their phone camera does not support QR scanner, one can downloaded from the Google Play or Apple App Store.