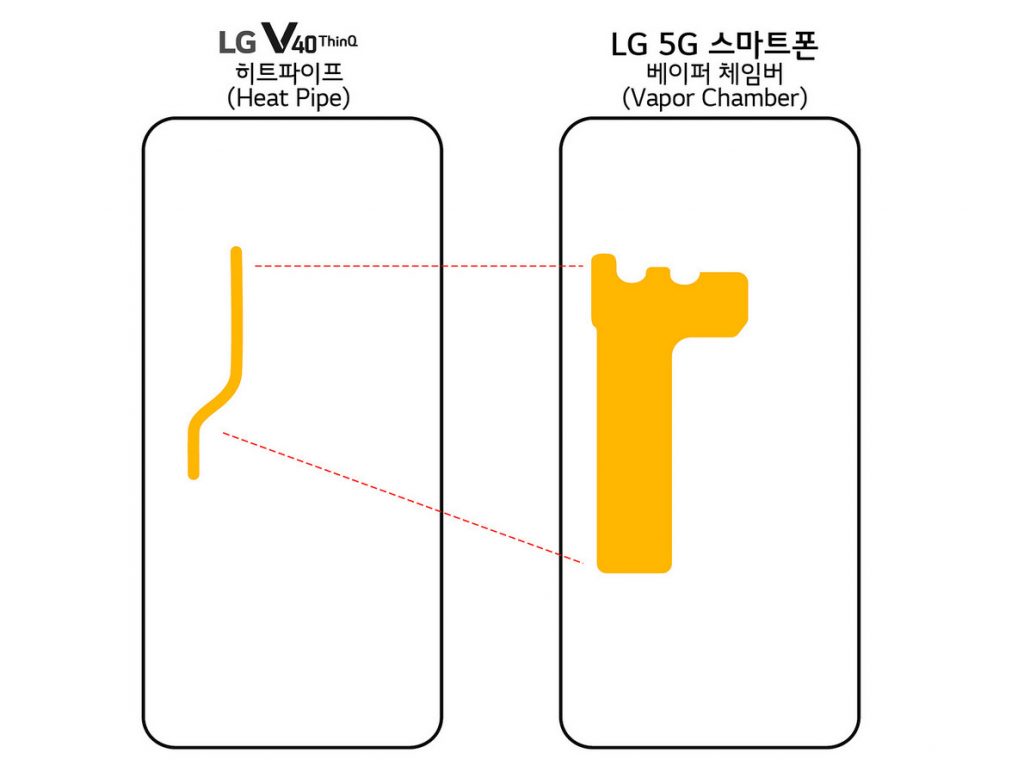 Recently reports said that LG G8 will not feature 5G support, but there will be a separate 5G phone in the new series later in March. Now LG has confirmed that it will be unveiling its 5G smartphone at the MWC 2019 in Barcelona, ​​Spain on February 24th.

The smartphone will be powred by Snapdragon 855 and will use Vapor Chamber for improved heat dissipation compared to existing heat pipes. The surface area of ​​the vapor chamber is 2.7 times that of the LG V40 ThinQ heat pipe, and the amount of water contained is more than two time bigger, says the company.

Since the heat dissipation chamber is made of copper with high thermal conductivity, the larger the surface area, the quicker and widespread the absorption of the surrounding heat. The water inside also stably stores the heat absorbed from the copper surface and reduces the temperature change inside the smartphone, it adds.

The phone will pack a 4000mAh which is 20% larger than 3300mAh battery on the LG V40 ThinQ and promises 5G will not increase the battery consumption. The company is strengthening its partnership with major mobile operators, mainly in Korea, North America and Europe, where 5G service will be launched this year.