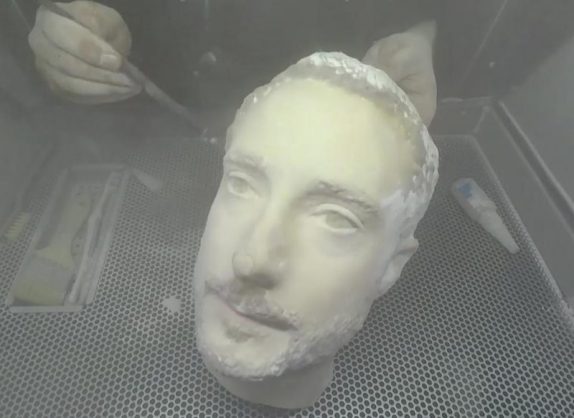 When tested with a 3D-printed head, four smartphones running Android OS managed to enter with a fake face, while Apple’s iPhones were impossible to break through. The head was printed at Backface in Birmingham, U.K., Together, they combine to take a single shot that makes up a full 3D image. That image is then loaded up in editing software to iron out any errors.

For the test, LG G7 ThinQ, Samsung S9, Samsung Note 8 and OnePlus 6 smartphones were used including an iPhone X. Then the fake head was pointed at the Android devices to see if the spoof face was able to open the phone, though with differing degrees of ease. The iPhone X was the only one to never be fooled, while all the four Android phones were fooled easily. There were some disparities between the Android devices’ security against the hack. For instance, when first turning on a brand-new G7, LG actually warns the user against turning facial recognition on at all.

The Note 8 includes a feature to turn on ‘faster recognition’ which by the company is less secure than the slower option. However, it didn’t matter in this case as the head unlocked in both settings. The OnePlus 6 came with neither the warnings nor the choice of slower but more secure recognition. The phone instantly opened when presented with the fake head. It was, undoubtedly, the least secure of the devices we tested. As said, iPhone X was next to impossible to break through. Microsoft too has done a good job, its new Windows Hello facial recognition also didn’t accept the fake head as real. The outcome of this test is that it is better to use a strong passcode, pattern, and fingerprint to secure your phone.