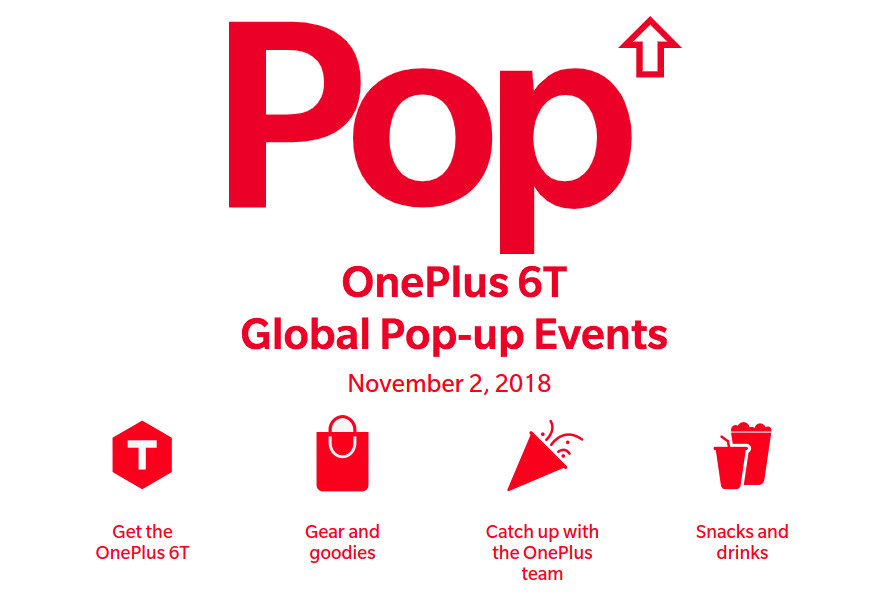 Ahead of the OnePlus 6T launch, OnePlus has announced pop-ups in 9 cities across 12 locations in the country on November 2, 2018. Notably, the pop-ups start a couple of days after the launch of 6T in India, which is on October 30, 2018.

Talking about the location, the pop-ups will land from 11:00 am to 10:00 pm IST on 2 November in 13 locations across 9 cities including Bangalore, Mumbai, Pune, Kolkata, Delhi, Chennai, Hyderabad, Ahmedabad and Jaipur. Globally, these pop-ups will be held in Europe, North America, India and China in premium locations across 32 key cities in total.

With pop-ups, people and fans can experience and even buy the new OnePlus 6T on November 2. Those who attend pop-ups will receive exclusive OnePlus goodies including OnePlus 6T phone covers and bumpers, OnePlus Sketchbook, OnePlus ‘Never Settle’ T-shirts and OnePlus tote bags. 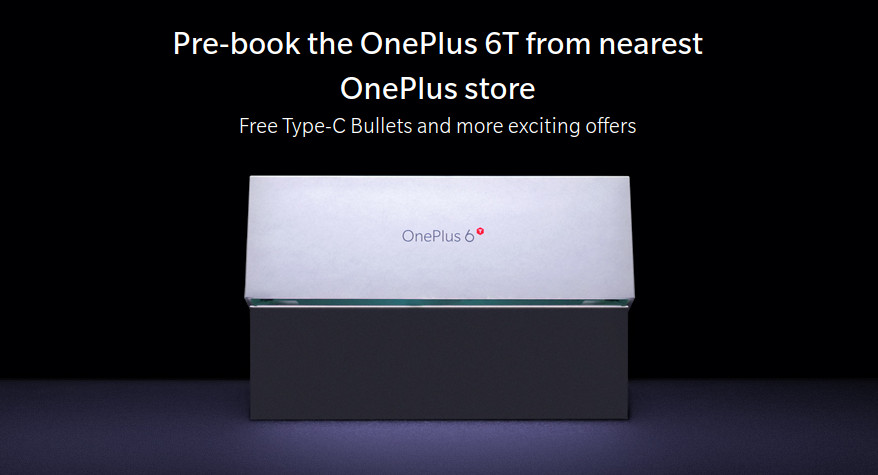 The premium OnePlus 6T will be available exclusively on Amazon India with some amazing offers including cash back on credit and debit card transactions, No cost EMI, Free damage protection for 12 months and more. Now you can pre-book the device, where the customer will receive a pair of OnePlus’ all-new Type-C Bullets earphones, worth Rs. 1490 along with an additional Rs. 500 in the form of Amazon Pay Balance on completion of the purchase of the OnePlus 6T.

OnePlus already confirmed in-display fingerprint scanner for the phone, and the phone will pack a large 3700mAh battery. The phone is expected to pack a 6.4-inch AMOLED display with a water-drop notch, powered by Qualcomm Snapdragon 845 chipset with up to 8GB RAM and it will run Android 9.0 (Pie) out of the box.

One of the most expected smartphone this year, the OnePlus 6T has scheduled for October 29th global launch in New York at 11 AM EDT (8:30 PM IST). In India, the launch of the OnePlus 6T will take place at the KDJW Stadium, inside Indira Gandhi Sports Complex on October 30th.