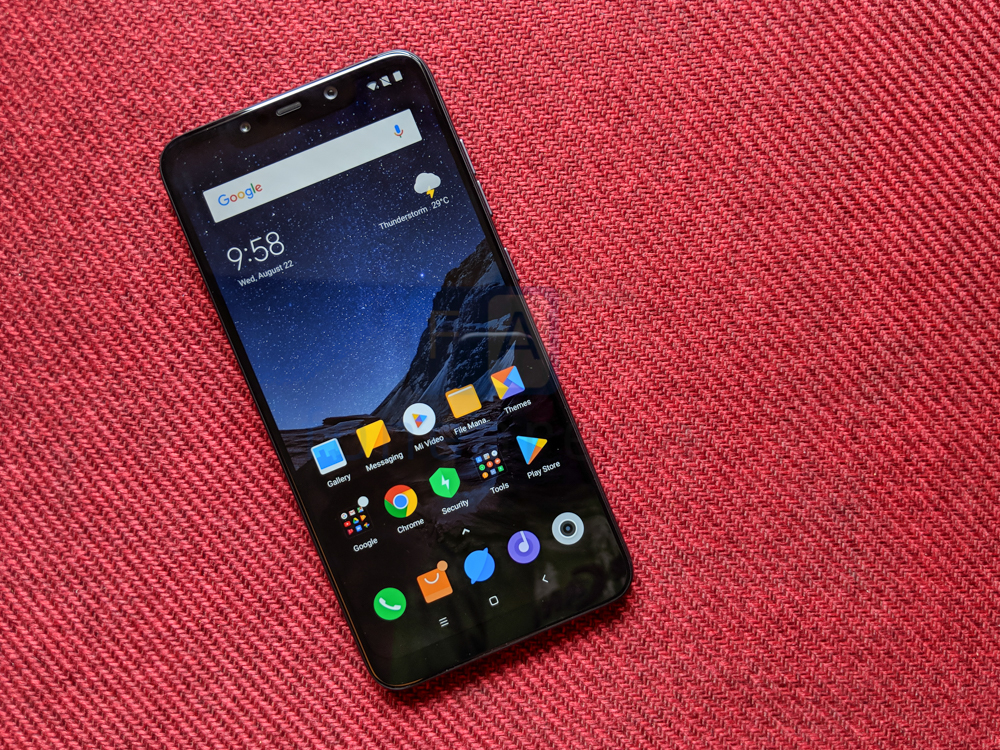 POCO has finally addressed POCO F1’s “screen bleeding” issue reported by several users. The company has released a statement saying that less than 0.3% of total users have experienced edge light dispersion, which can be fixed through service centres after the phone is examined if there is any issues. However this does not affect the performance or usability of the phone , it added. It assured that it would be working further to reduce tolerances.

Important update: At POCO, we always strive to bring the best for our customers.

Few of you sought clarification regarding edge light dispersion on your #POCOF1. Here is our statement on the same.

It also said that from MIUI 10 it will remove the gradient feature that is present in certain screens due to use of bright gradient, including the power screen on MIUI 9 that is mistaken as screen bleeding.

In an official statement, POCO said:

Recently, a few POCO Fl users mentioned they experienced “screen bleeding”, owing to a bright gradient on the bottom of the display on certain screens. We would like to clarify that certain screens on MIUI 9 (MIUI for POCO) feature a gradient by design (including the power screen), and this is not screen bleeding. Fur-ther, this gradient screen has been removed from MIUI 10 on-wards.

On a separate note, a very small number of POCO Fl users (less than 0.3% of total users) have experienced edge light dispersion, which is a phenomenon that does not affect the performance or usability of the phone in any manner whatsoever. At Xiaomi, we believe in providing highest quality, and keeping that in mind, we are further reducing tolerances to ensure users are provided with an experience they’ve come to expect of Xiaomi.

We would encourage users to walk in to any of our 1000+ service centres and get their POCO Fl examined by an expert if they are facing any irregularities.