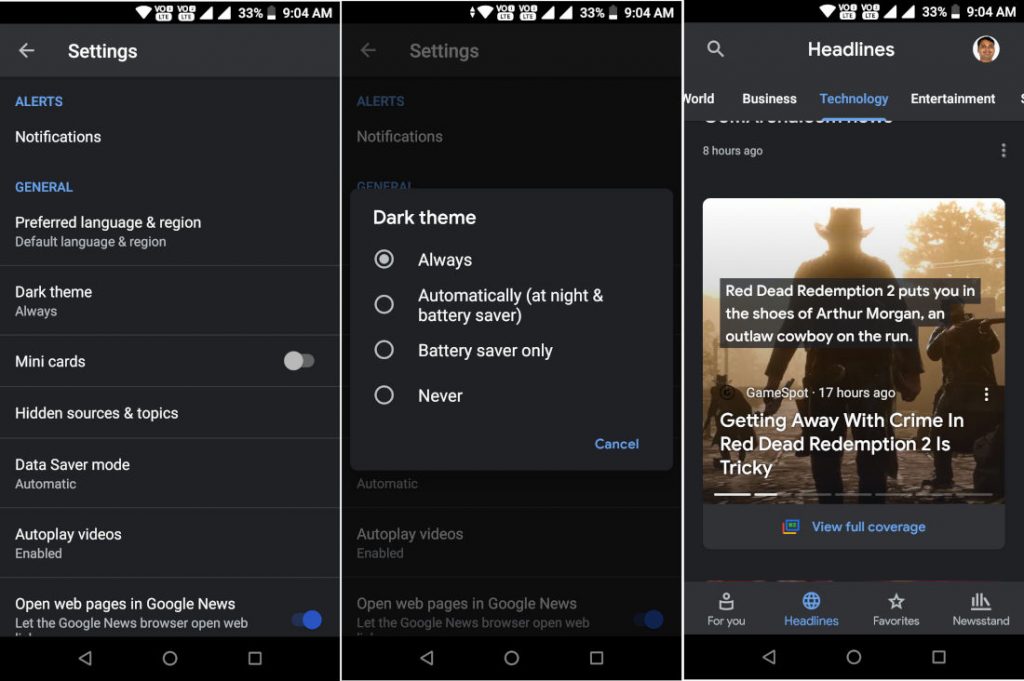 The dark theme in Google News can be found under Settings -> Dark theme. Since it is a toggle, you can always turn on or off, as well as have it automatically turn on with the battery saver and/or at night. Google might be using your location to judge when it is night time for you and change the theme accordingly. Google News used to show some articles in black background, but this update turns everything into the black.

Apart from the black theme, the update doesn’t appear to bring any other major changes except for some reorganization of the settings. Since the Play Store update might take a while, you can download the APK and side-load it.