Google app is getting a new update and besides small tweaks, there is not much on the surface, but a tear down of the app reveals that Google resumed its work on allowing services to stand in for Notes and Lists functionality with Assistant.

The recently re branded Discover section which is formerly Feed was not fully changed before this version. The navigation menu still had a section named Customized Feed until it was changed with the V8.24 version to Customize Discover. At the launch of Google Home, the company used ‘Google Keep’ as the automatic recipient of notes and lists. 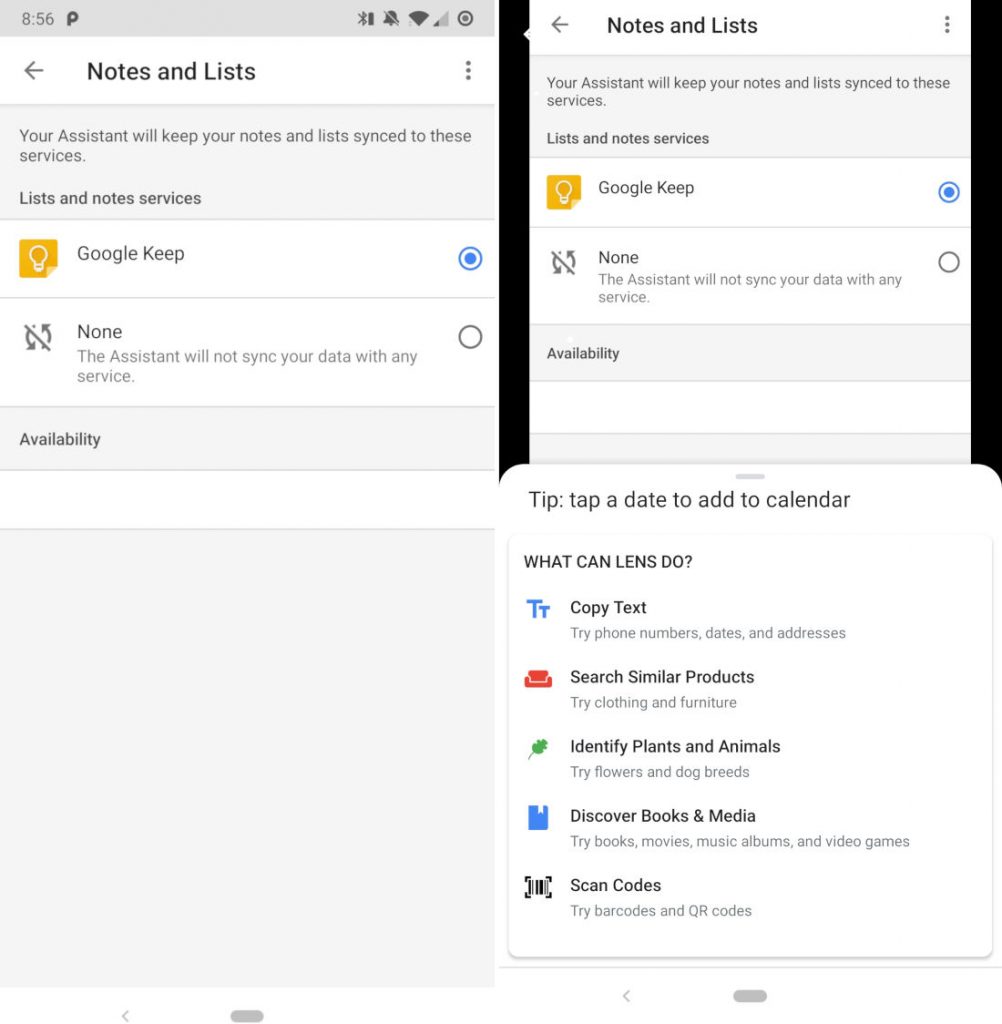 While this was pretty good, the implementation had a lot of bugs, but it was easy enough to open the Keep app to make manual changes if necessary. About a year and a half ago, Google moved the shopping list functionality to Google Express. A tear down of Google app suggested that notes and lists would soon allow third-party developers to register their own apps to fill this role. While there hasn’t been much development, the new Google app tear down confirms the feature is still in development, but with no hint of the launch.

Last few Google app updates have been slowly adding duplicate copies of various settings to a general page, and it comes as no surprise that the latest update is following this trend. The latest additions include: Show feed; Get stories based on your interests; Data saver; When data saver is on, your feed won’t get the latest content; Autoplay Play video previews automatically on Wi-Fi. There are messages in this update that relate to creating albums in Google Photos, but Unfortunately, there’s not much to explain what this will be used for.

Other settings include strings for assistant Households feature details setting a “Nickname” and how information like birthdays will help you “stay connected” with other users, Google Lens gallery import + steady warning.  You can download the APK and side-load it if you haven’t got the update from Play Store.