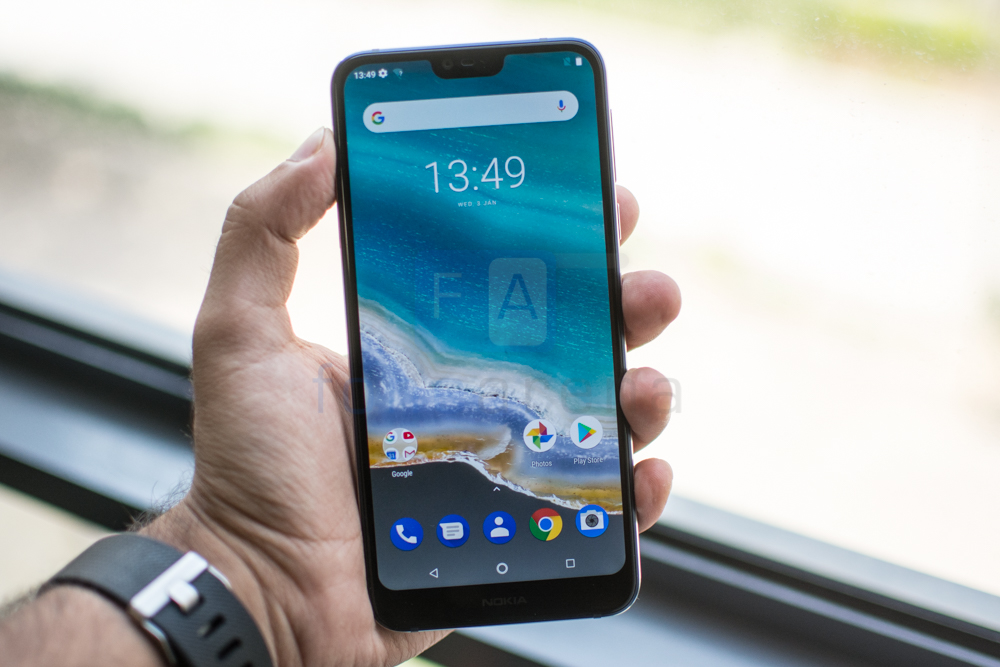 Slotting in between the Nokia 7 Plus and the 6 series, the all new Nokia 7.1 is an interesting device that is bringing the best of  Nokia’s design chops to the mid range segment. A device that is predominantly designed to make inroads in the European markets, it plays it safe but makes the right additions to make it all the more appealing. We spent a bit of time checking out the phone and came out quite liking what the company has done here. Follow along for our quick impressions. 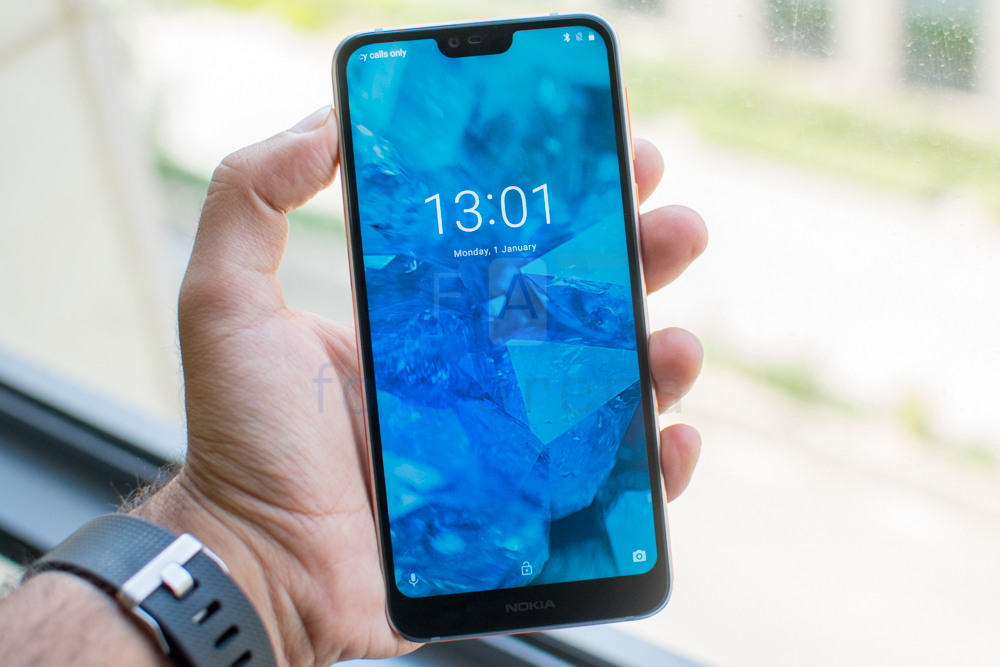 Design wise, the Nokia 7.1 is counting on all the latest trends to make a mark for itself. For what it’s worth, between the notch and the large chin at the bottom, Nokia isn’t really breaking any new ground here. Where the phone differs though is the actual build quality. The 7.1 is a densely built slab of glass that feels resoundingly solid. The central frame is made of series 6000 aluminium with glass on either side. 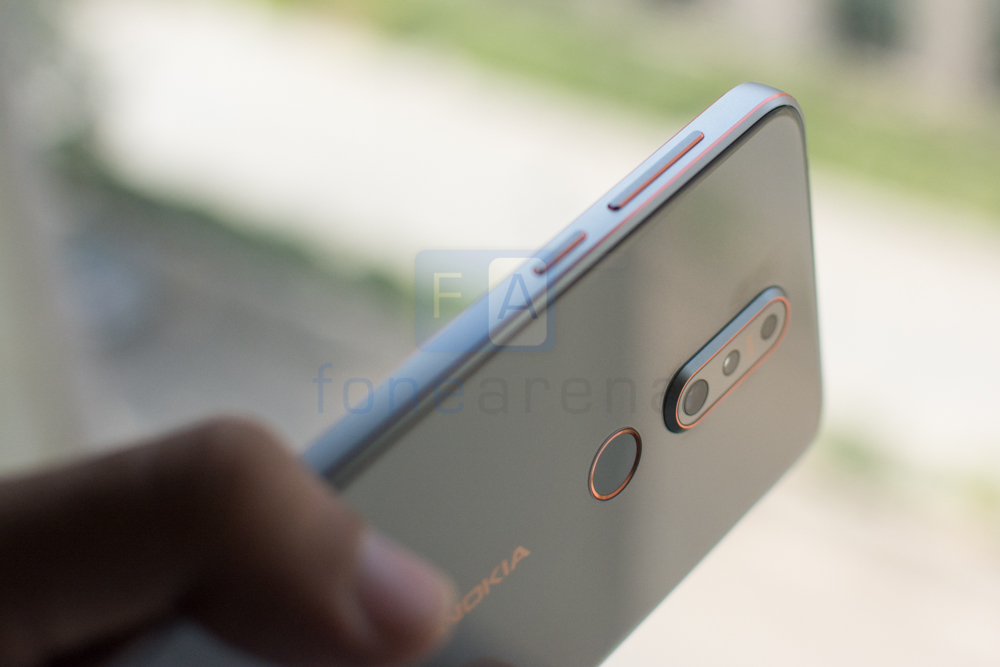 During our briefing, Nokia made a big point of talking about the dual diamond cut chamfered edges. On the steel grey variant, these have a copper coloured finish that looks absolutely luxurious. More than looks though, the dual chamfers offer a very convenient position to place your thumb while using the phone. We really liked the tactile feedback on the latest crop of Nokia phones and that continues here with the volume rocker and power button offering excellent tactile feedback.  This phone feels premium.

At the top is a 3.5mm audio jack while along the bottom is a USB Type C connector. You’ll also find a single speaker grille here. 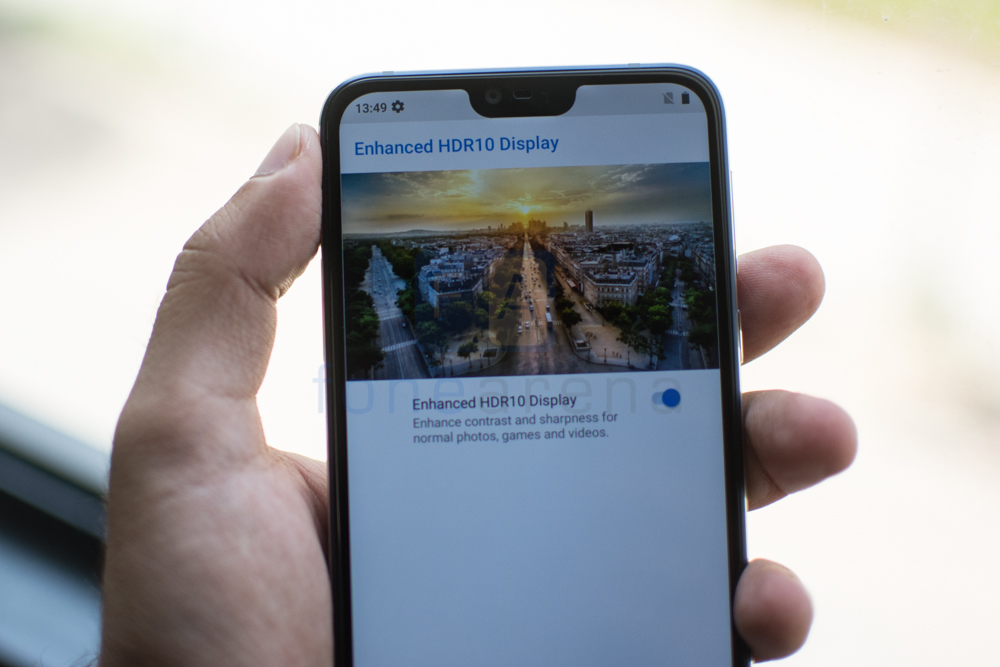 The Nokia 7.1 has a notch equipped display and by now, you’d have already made up your mind about it. Honestly, you get used to having a notch. The cool new addition here is the 10 bit HDR panel that the company is using. Dubbed  ‘PureDisplay‘, Nokia has worked to integrate real time SDR to HDR conversion for all content on the screen. There’s an option to toggle the HDR mode on or off. The difference wasn’t really all that visible within the interface, and we didn’t really get a chance to check out HDR encoded content on the device, so we’ll reserve judgement till we’ve got a review device in. HDR aside, the screen still looks great and goes bright and vibrant and generally using the phone was a very pleasurable experience. In terms of protection, you’ve got Gorilla Glass 3 on board. 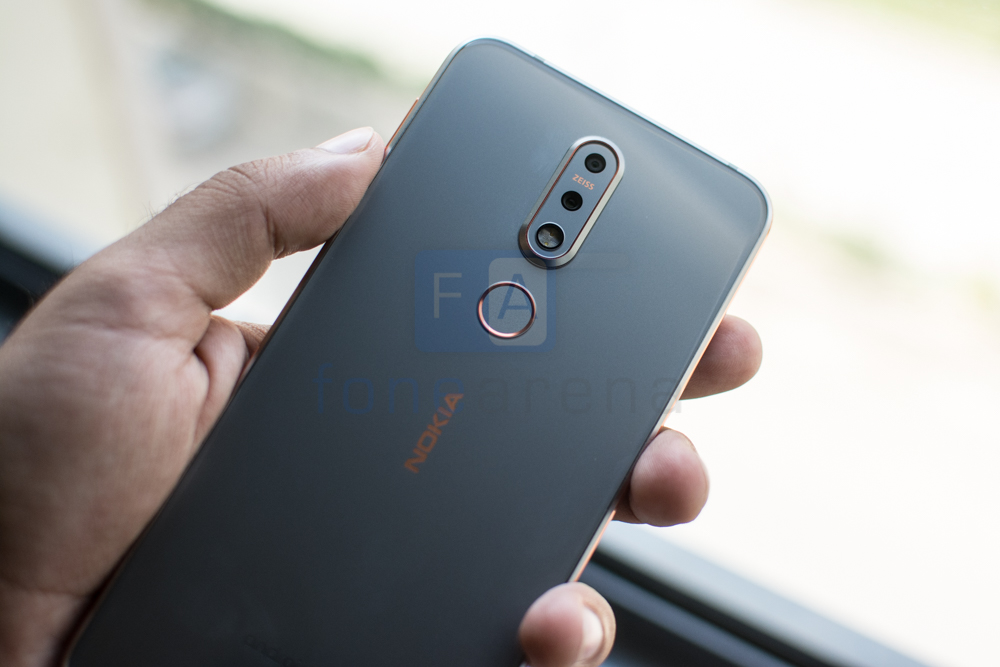 The back of the phone is classic Nokia and has a design language that is instantly recognisable. Minimal Nokia branding, a centrally placed fingerprint reader and a dual camera module that is ever so slightly raised. Some might call it boring but the relative homogeneity of design across Nokia device is a pretty good way to build a design identity. With the company breaking into the top 5 brands in Europe, it seems to be working for them as well. The cameras themselves include a 12MP and 5MP shooter paired with ZEISS optics. The secondary camera is being used to assist with capturing depth information and Nokia has some interesting bokeh effects going on. More on that in our full review. Oh, and while we’re talking about the camera, you can now adjust the window size while you’re using the ‘Bothie’ mode. It’ll also let you freeze the frame on one camera if you want.

Internally, the phone is running on a Snapdragon 636 chipset paired with 3GB or 4GB of RAM. Storage is capped at 64GB but you can expand that via a microSD card placed within the hybrid SIM slot should you chose. As expected, the phone is a part of the Android One program and you get Android Oreo out of the box with an update to Pie right around the corner.

The usage experience appeared to be snappy all around and if our previous experience is anything to go by, you shouldn’t have any issues on that front though a faster Snapdragon 660 chipset wouldn’t have hurt at all.  The battery is a 3060 mAh unit which when paired with clean Android build and the frugal processor, should last you a full day, but we can’t help but wish that Nokia would’ve gone with something a bit beefier here. 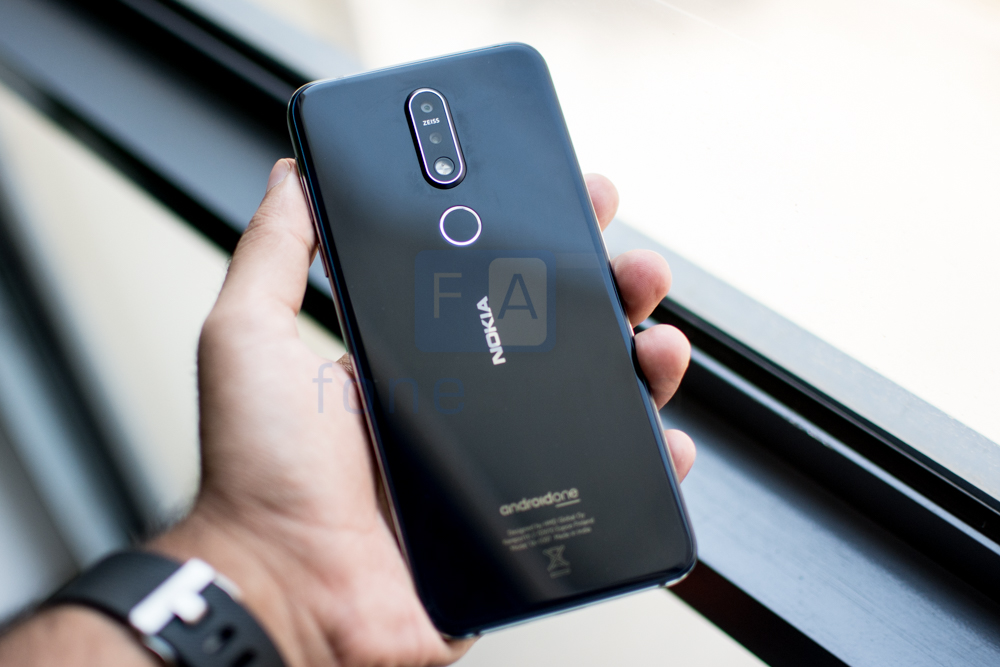 The Nokia 7.1 is unexciting in the best ways possible. It seems to get all the basics right, has a design that is safe yet good to look at. Over the last two years, Nokia has proven that it can deliver on its Android update promises which should make the Nokia 7.1, a great device for someone looking for a Pixel experience on a budget. We’re also quietly excited to see how well the PureDisplay improvements correspond to actual media consumption. Sure, it is far from the most powerful phone around, but we’re getting a feeling that Nokia isn’t really chasing that audience anyway. It’s all about the experience here. The phone is priced at $350 which is close to Rs. 29,000, but we expect the phone to be priced much more aggressively when it launches in India.