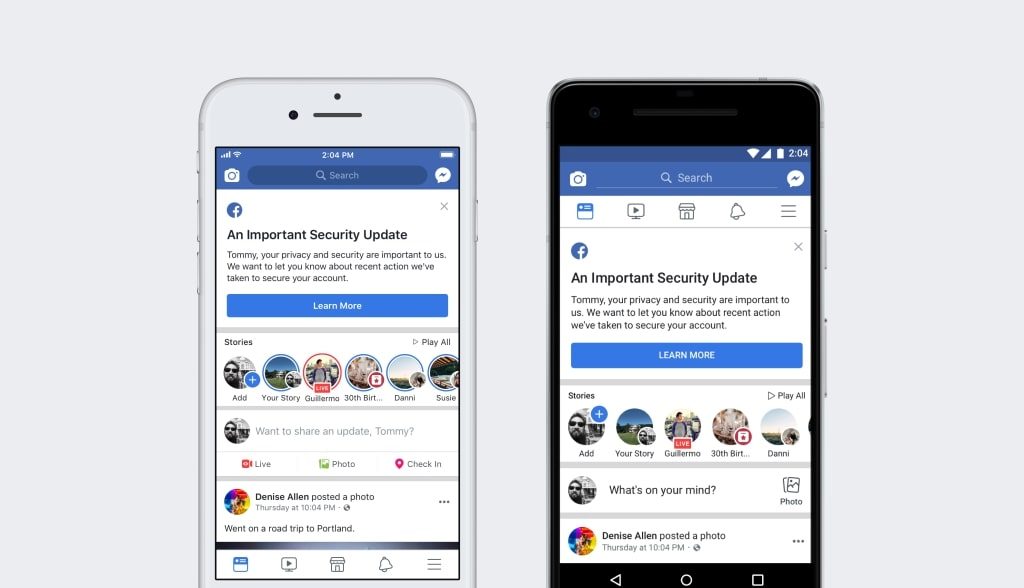 Facebook engineering team has clarified that it has discovered a security issue that affected almost 50 million accounts. It also mentioned that the investigation is still in its early stages but said that it’s clear that attackers exploited a vulnerability in Facebook’s code that impacted “View As” a feature that lets people see what their own profile looks like to someone else.

This said to have allowed the attackers to steal Facebook access tokens which they could then use to take over people’s accounts. Access tokens are the equivalent of digital keys that keep people logged in to Facebook, so they don’t need to re-enter their password every time they use the app.

Facebook confirmed that it has fixed the vulnerability and informed law enforcement. It also reset the access tokens of the almost 50 million accounts that were affected. The company is also taking steps to reset access tokens for another 40 million accounts that have been subject to a “View As” look-up in the last year. This is why around 90 million users have to log in again into the Facebook. Once the user logs back in, he will be notified explaining what actually happened.

Facebook also announced that it is temporarily turning off the “View As” feature while it conducts a thorough security review. This attack exploited the complex interaction of multiple issues in the code and stemmed from the change it made to its video uploading feature in July 2017, which impacted “View As.” The attackers not only needed to find this vulnerability and use it to get an access token, they then had to pivot from that account to others to steal more tokens.