Update – YouTube has announced the Miniplayer button on desktop officially. This lets you keep watching your video while you browse. Check out the changelog and fixes below.

Have you seen it??🔎 👩‍💻
‍
The new Miniplayer button on desktop lets you keep watching your video while you browse!

Earlier: Back in March this year, YouTube started testing a Miniplayer for desktop, however it disappeared after a few months. Today it has started rolling out the feature widely for the desktop users. Previously the miniplayer appeared when you  click anywhere on YouTube after  you start a video, now there is a new Miniplayer icon in the bottom-right corner.

Once enabled, the Miniplayer stays even when you are navigating to other pages, similar to the PIP feature on Android. You can get to the normal mode when you click anywhere inside the player. 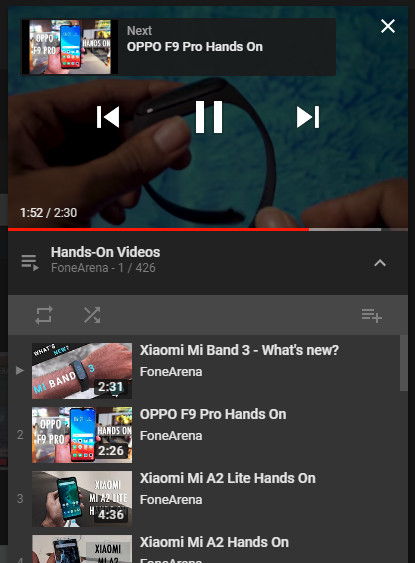 In addition to play and pause, replay and seek options, you also get option to watch the next clip. There is also a close button in the top right corner of the player. You get both previous and next clip buttons on playlists, in addition to the long scrollable list of videos in the playlist below the player. There is no option to disable the feature.

The new Miniplayer feature is rolling out gradually, so you should get it soon if it’s not available.