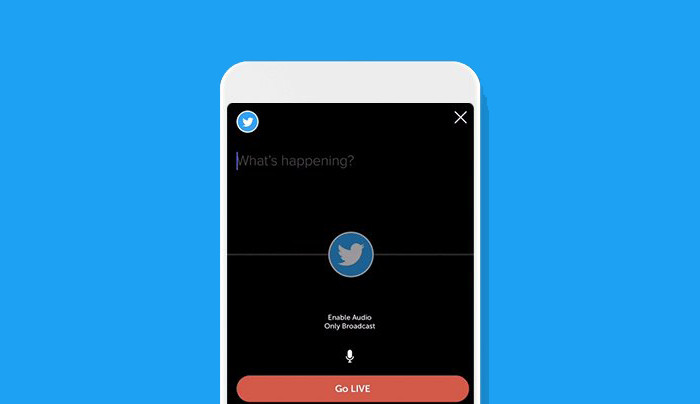 Social media and micro-blogging service Twitter has launched a new service that let users create audio-only broadcast directly from Twitter itself, as well as Twitter’s Periscope. This feature is available from the same interface where the user normally launches live video. Having said that, it’s currently available on the Twitter app for iOS, as well as on Periscope.

Sometimes you just want to talk, without being on camera. We’re launching audio-only broadcasting, so your followers can hear, but not see you.

Rolling out now for iOS. pic.twitter.com/tBsm37NcdH

Instead of having only option to record video, users from now on will have a button to tap to pick up the audio-only broadcast. The company also confirmed that this feature is available only on the Twitter app for iOS and on Periscope for the time being. Also, there is no time-frame mentioned as well for when it will reach other Android and other platforms.

You can now do audio-only broadcasts on @Twitter and @Periscope pic.twitter.com/aFxd6WaDH6

This feature is helpful for those who want to do a podcast, share live news or share something that is longer than 280 words. Furthermore, an audio broadcast will be able to view their stats including a number of live viewers, replay viewers, time watched and other metrics. However, in this case, the display needs to be on always, even though it is audio-only, which seems to the problem here.

A few days back, Twitter introduced ‘Presence’ and ‘Threading’ features, where the Presence features lets users see who else is online at any given moment, while the Threading will make replies more like messaging interface.