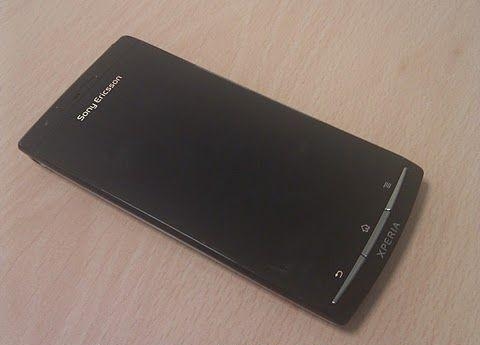 The next Sony Ericsson XPERIA flagship model has been leaked. It’s codename is Anzu and will supposedly be released as the XPERIA X12.Eldar Murtazin has confirmed that this will be called the XPERIA X12. The first thing that strikes you about the device is the really slim waistline and the large screen. The design seems to be very similar to the XPERIA X10 but the edges are different.

The phone does look very thin and we guess it’s easily below the 10mm thickness mark. The handset has a 4.3″ display and HDMI output. The pictures show the phone running on Android 2.1 but sources say that the phone will be shipping with Android 2.3 Gingerbread preloaded.

They say that the camera can capture Full HD video and we can see that it has an LED flash from the pictures. So it may be one of the first mobile phone with 1080p Full HD video recording. It also has a front facing video call camera.

We will keep you updated on any further information regarding this handset.