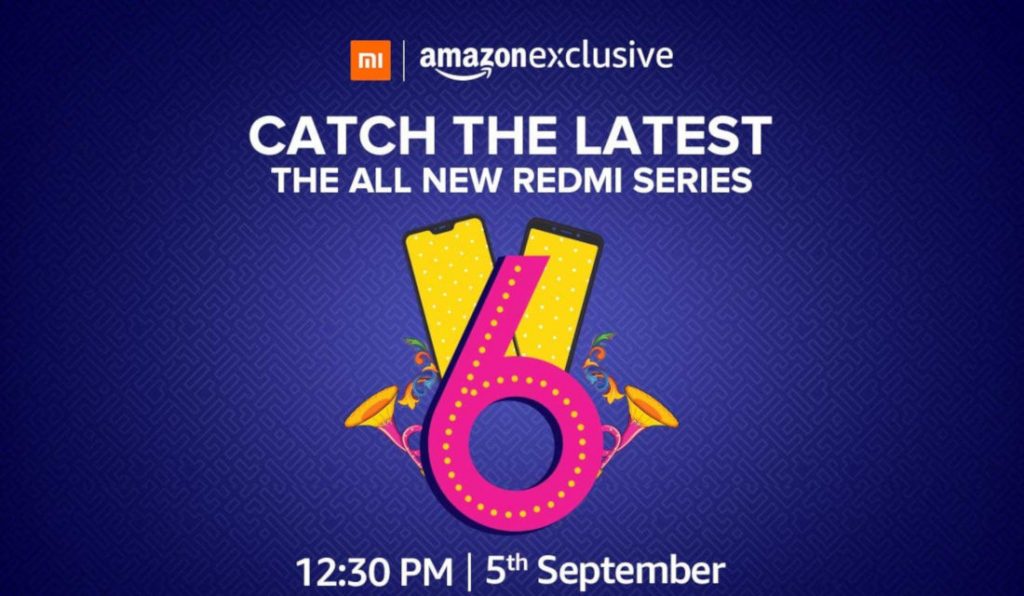 Xiaomi already confirmed that it will launch three new smartphones in the Redmi 6 series in India on September 5th. Now Amazon.in has confirmed that the phones will be available exclusively with them. The teaser shows only two phones, one with a notch and the other without it, so the third phone could be exclusive to Flipkart.

We got it! #DeshKeNayeSmartphones arriving on 5th September. Stay tuned. pic.twitter.com/dB0EMYuSdR

We should know the price and variants of the Redmi 6 series smartphones launching in India when it goes official tomorrow afternoon.